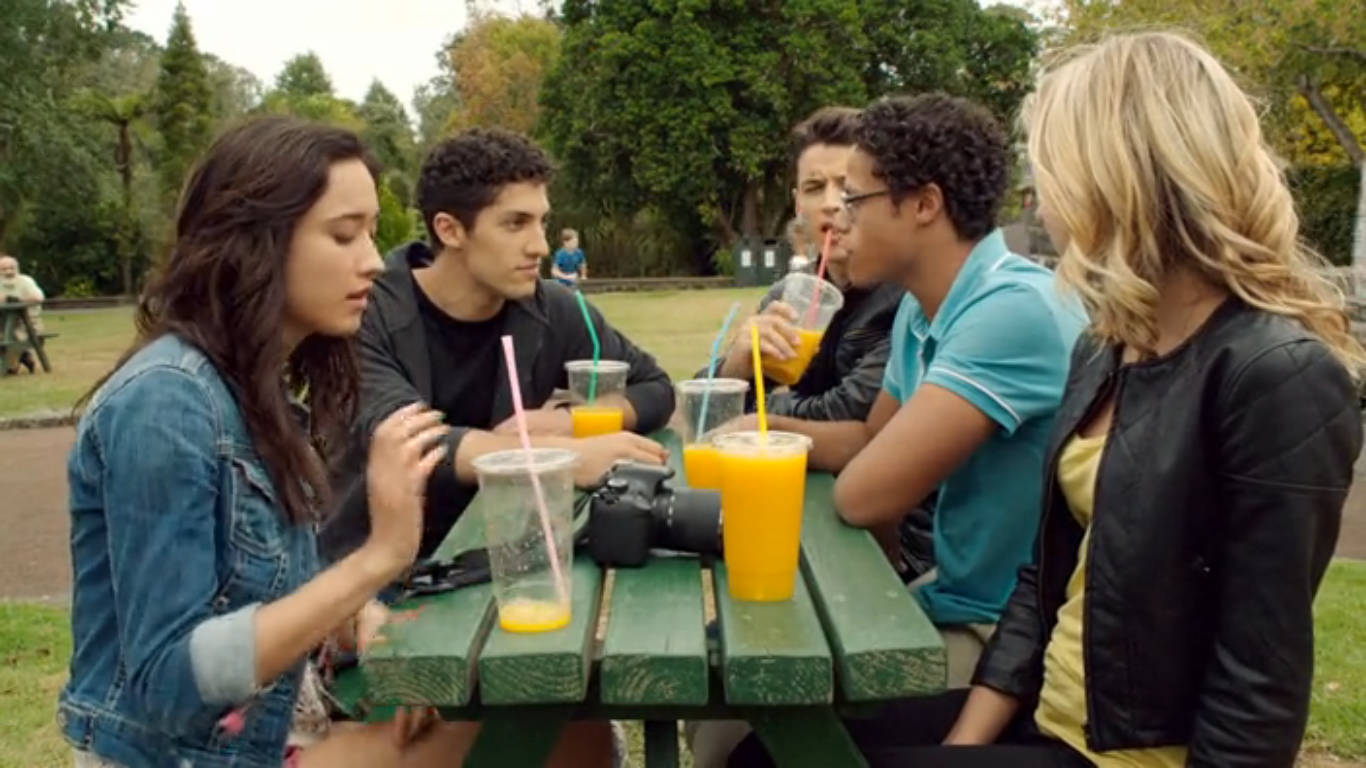 Summary:
The teens are at the zoo and see a worker broom next to a tiger. Noah says he is 'one with a tiger.' He walks away. The five eat at picnic table. Emma spots the worker putting a jacket on that has the Jungle Fury Logo and takes a picture. Gia says its a cool logo. An undefeated warrior arrives on the ship and sent to fight the Rangers. Jake approaches Emma at school about Gia, he goes with her to go to Ernie's to see Gia. 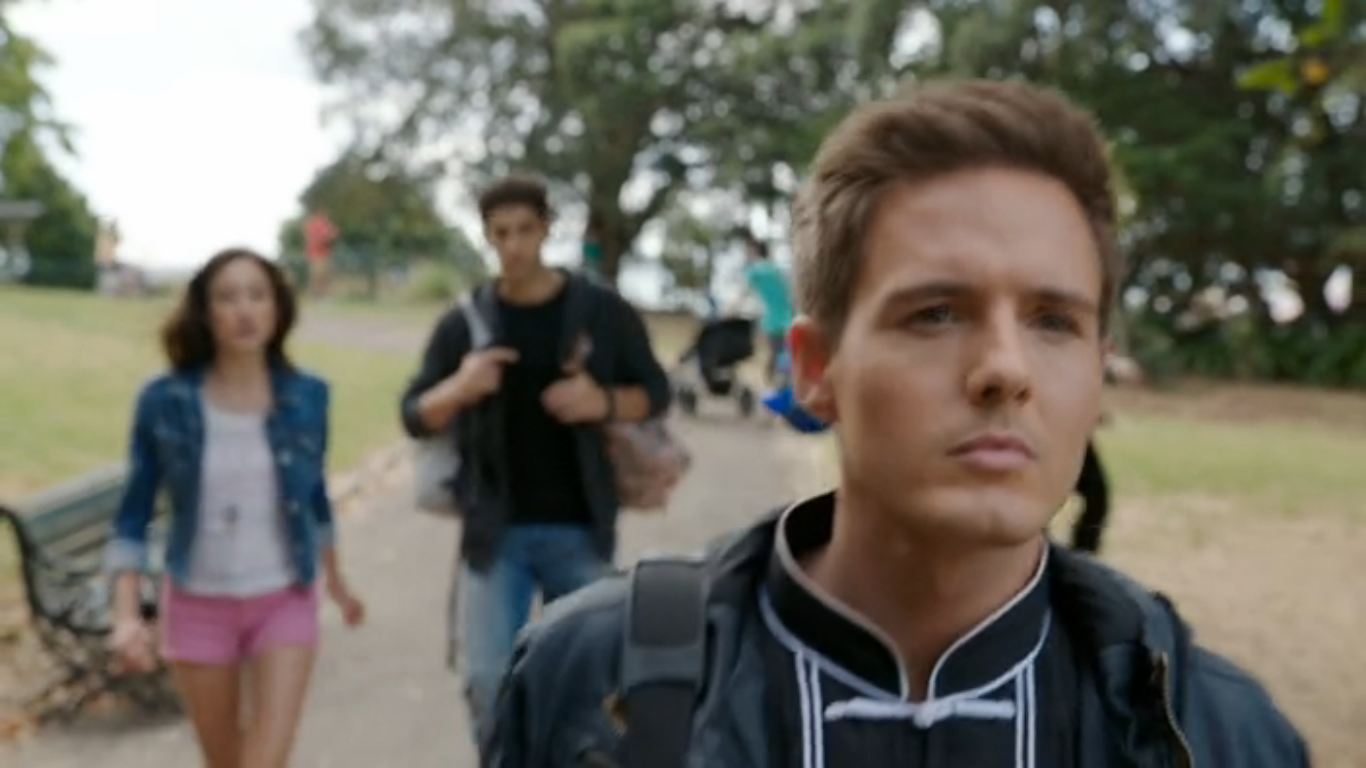 Jake carries Emma's backpack which is lighter than Gia's and talk about Gia and Jake asks Emma if Gia ever said anything about him. Emma spots Casey teaching a martial arts class. She spots his jacket and goes up to him, asks if he works at the zoo. He says yes. Jake says he did some cool stuff. Emma asks if he teaches Kung Fu. Jake says it is a weird combo of Kung Fu and Animals. Casey says he specializes in hand to hand combat because animals use claws. They introduce themselves. 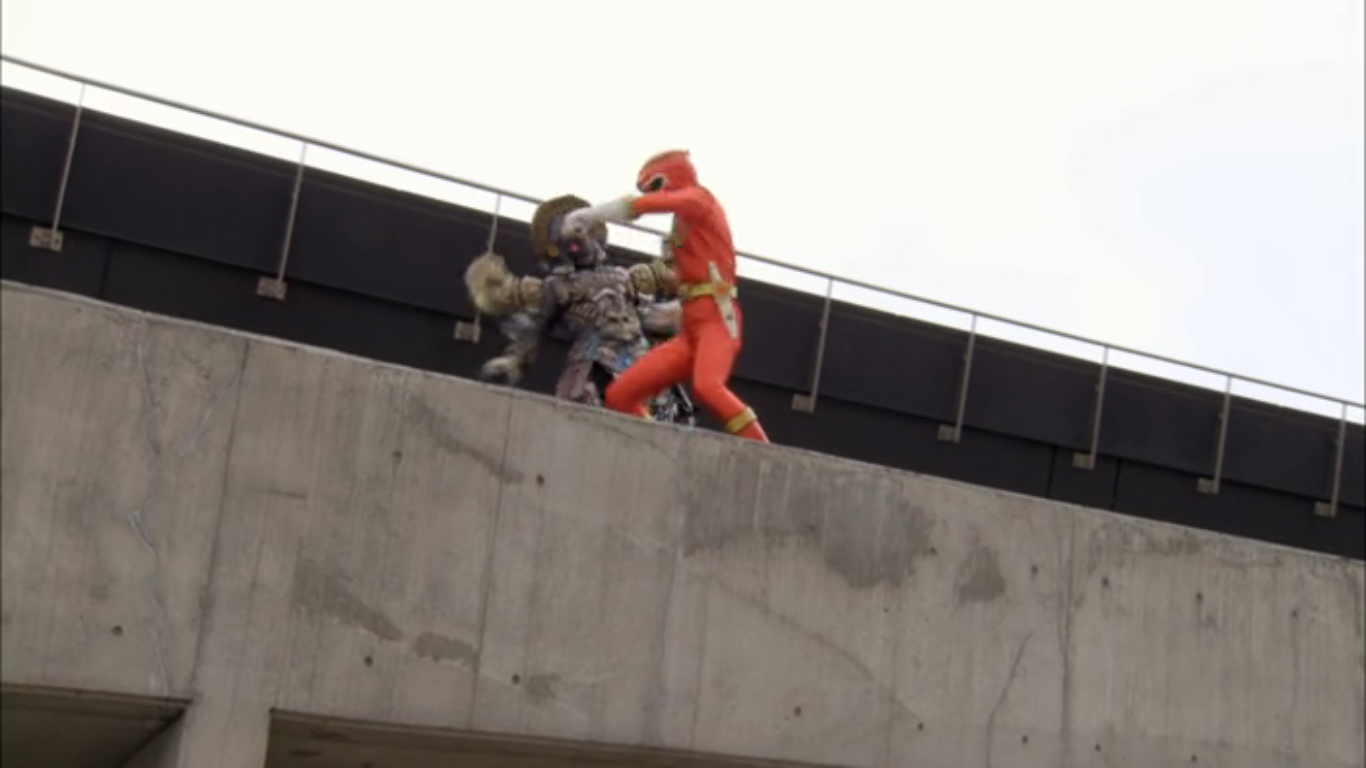 Jake and Emma get called and run off. The five morph into Super Mega Mode from their regular Megaforce forms and fight the X-Borgs and the Monster of the Day. ﻿The monster pulls al their sabers and blasters away and big fists push Emma and Jake down. The other three go Wild Force mode and beat up the monster. Troy says he will do what it takes. Emma and Jake are down. Vekar berates the monster. Levira says she will amp up his power. 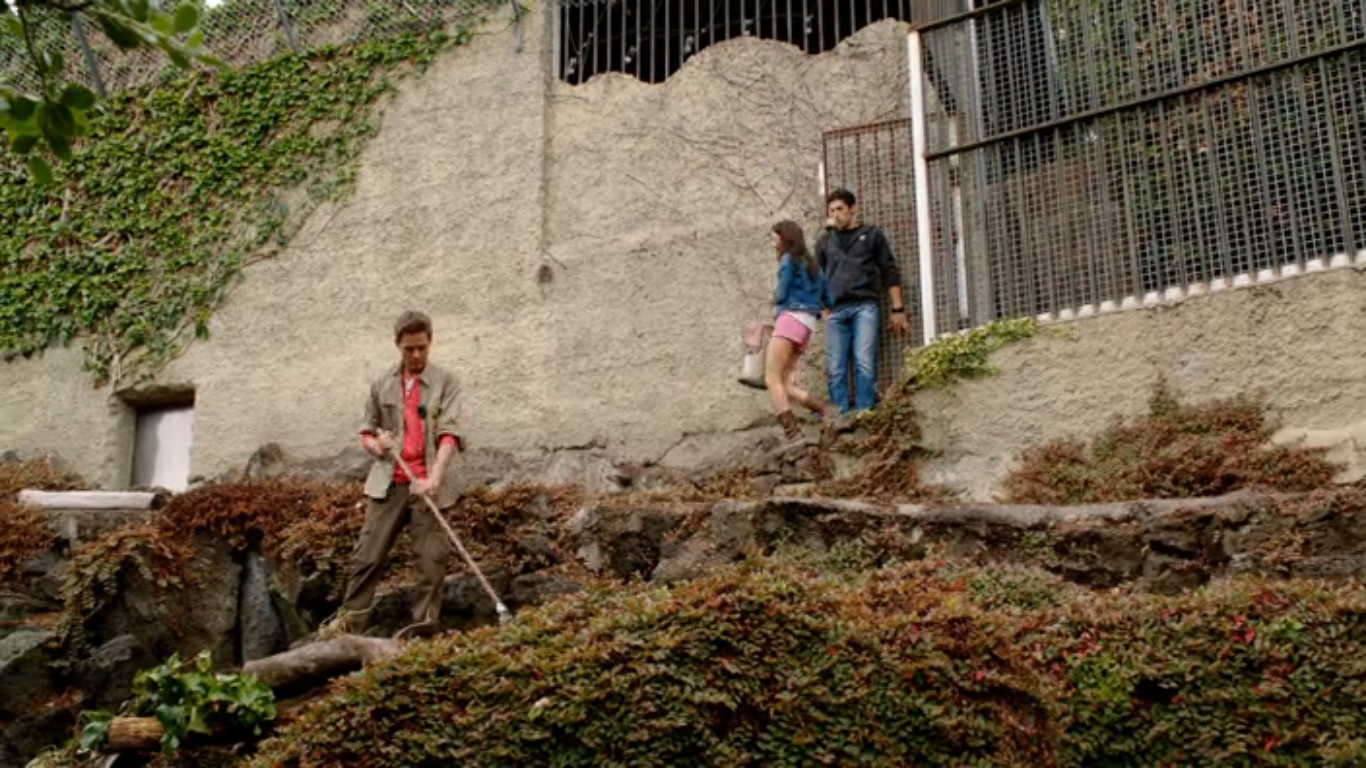 Troy is mad and hard on himself, saying a Ranger should never let go of his weapon. (Although they switch weapons anyway) Gia, Noah and Troy walk away. Jake and Emma come up with an idea to get trained by Casey, they run to the Zoo and get Casey's attention. Emma says she wants to become a student. Casey asks why. Jake lamely says it is cool and butters him up. Casey smirks at the excuses as he probably had to do it. He asks them for a bucket. Jake is nervous but Emma goes in the cage and gives it to him. Casey agrees and tells them to meet at the park, he tells them they were safe anyway as the Tiger already got fed. 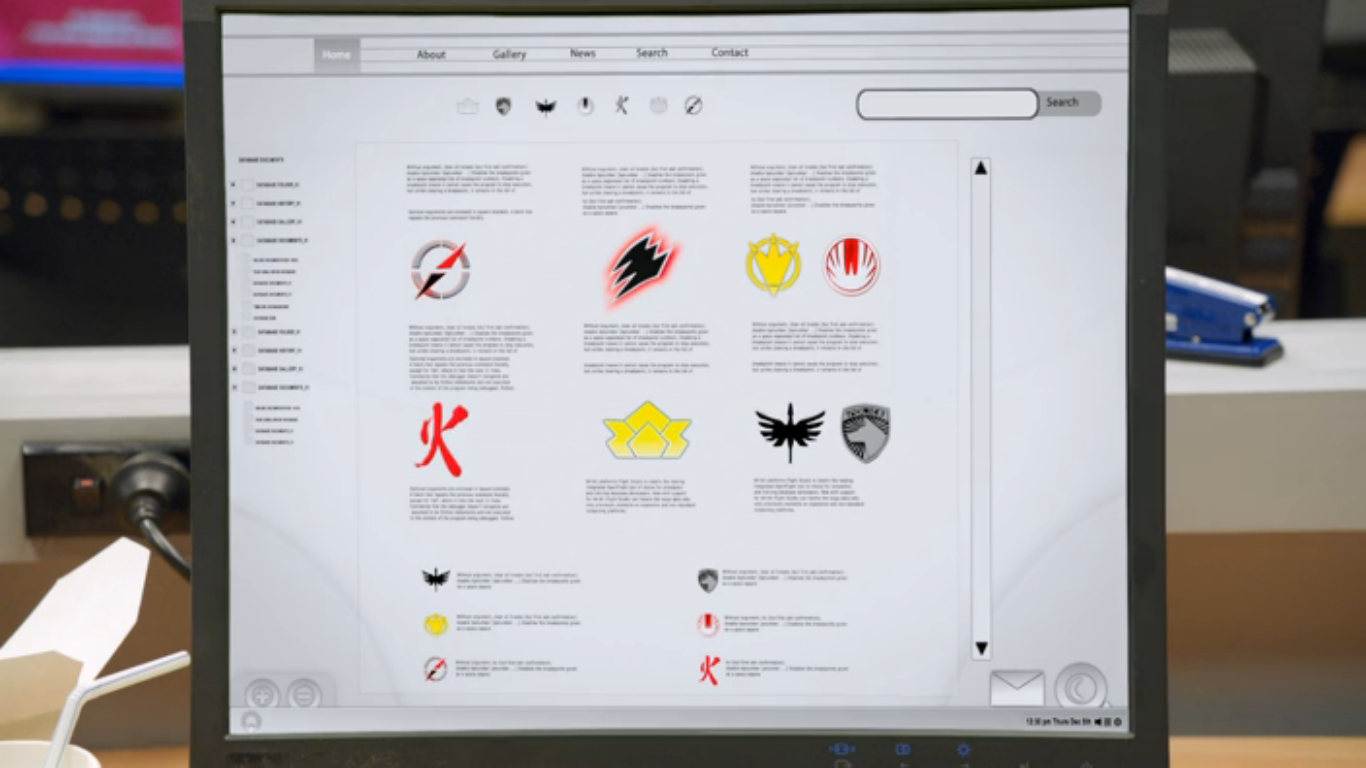 When training, he tells them their animal spirits are Snake and Phoenix. Emma is suspicious. Casey says he is a Pha Zuqi master and trained to see animal spirits. Gia goes sees Noah at the computer lab, he's been there all night. Troy comes in and berates them for not getting to class. Noah says there has to be a weapon from Legendary rangers. Troy says no, that next time they won't let go their weapons. Gia spots the Order of the Claw symbol on a database Noah accessed and Noah tells her about Jungle Fury. Jake and Emma practice and their Ki lights up. 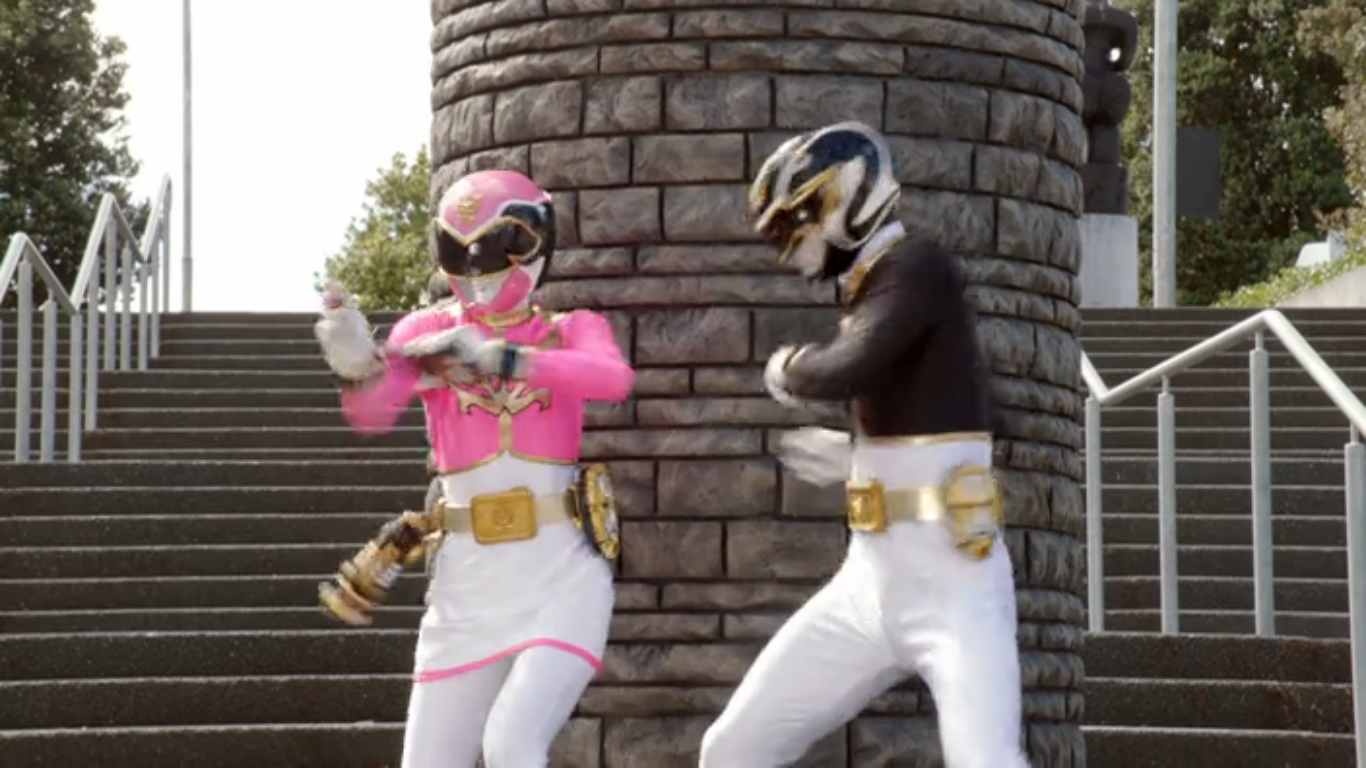 Noah, Troy and Emma fight the monster, go to Super Mega mode, he tries pulling their weapons, they don't let go. They get their butts kicked. Jake and Emma's morpher sound they don't move, Casey says they should've answered their morphers. They are shocked, he explains he is Red Jungle Fury and couldn't explain until he thought they were ready. They thank him and run off at his behest. Jake and Emma go from Megaforce to Super and fight the monster. They go to Jungle Fury mode. Jake calls his form "Purple Wolf." They evade the attacks and fight the monster. They flashback to what Casey said. The five do a Claw Booster attack. The two beat up the monster. 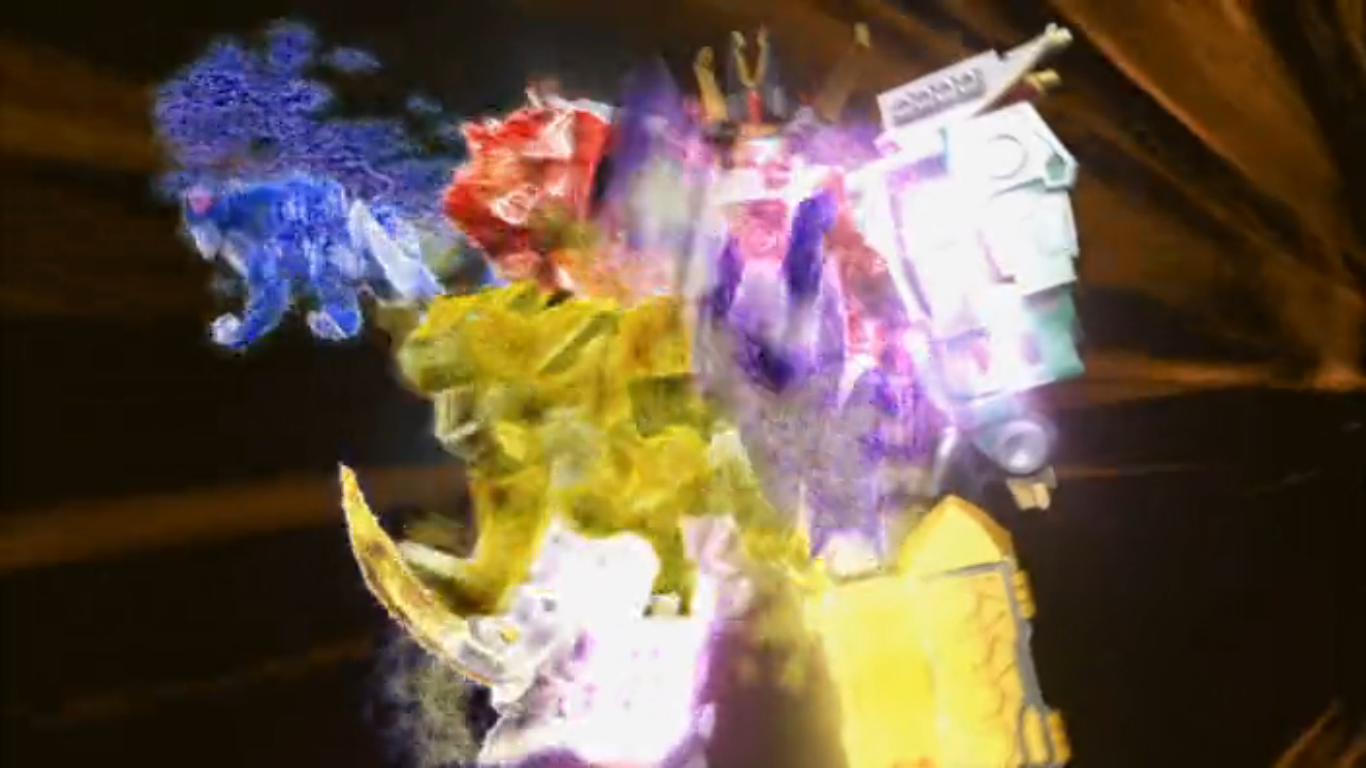 They go back to Super Mega mode and do Super Mega Final Strike with their blasters. Monster goes down and is grown. The Megazord fights him. Troy says they don't have to use weapons. Their keys glow and the Animal Spirits come out and destroy the monster. The team walk in the zoo, the others can't believe they met Casey, even Jayden before. He go back to a guy who looks like Casey from behind and he says Casey never worked there. Troy says that he believes in them all. Jake and Emma spot Casey in his master outfit and he then disappears. Only Jake and Emma saw this, 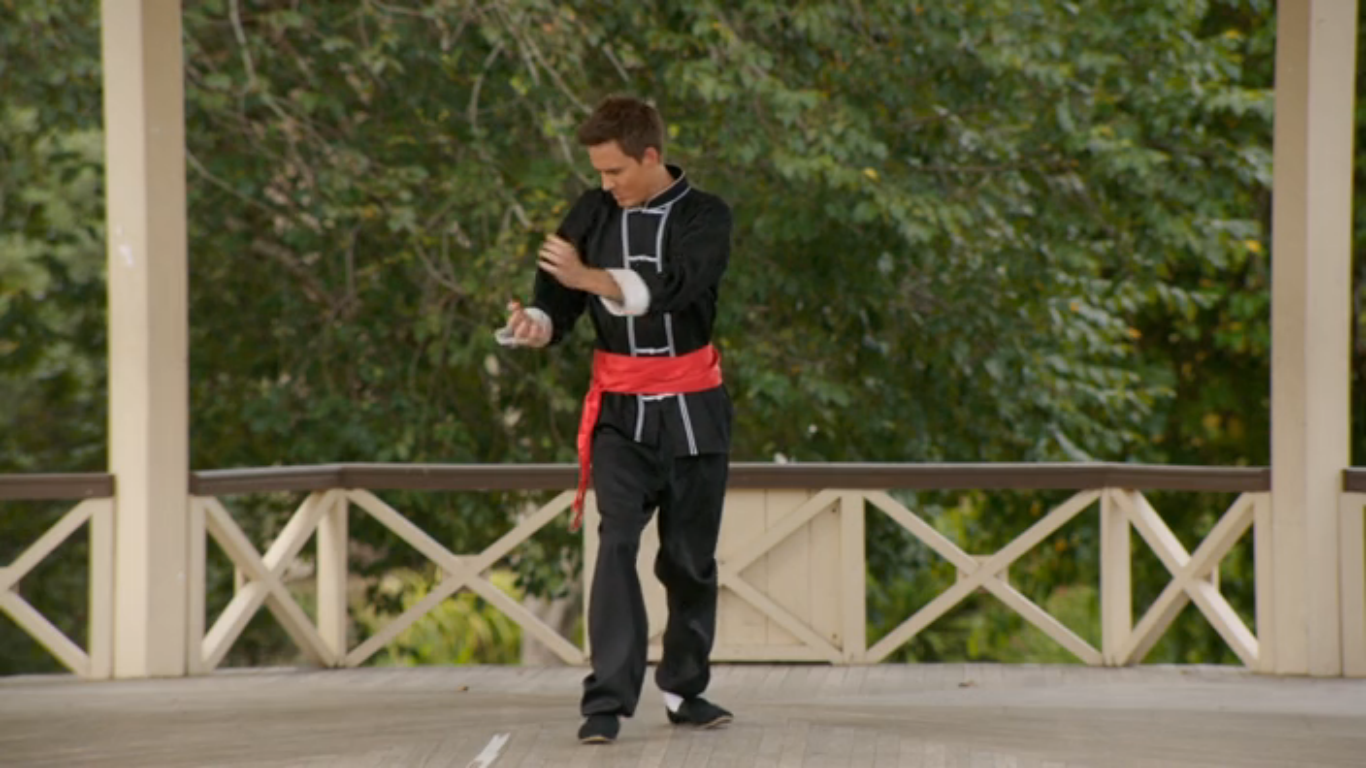 Review:
Great ep. A lot of people say that this is how the Jaiden ep should have been and how the whole season should have been, with old rangers giving input. But this ep is based on a Gokaiger ep where Casey's counterpart taught the Rangers. This ep expanded on the idea in a real cool way and was mostly set in the zoo which we never seen before. Another thing people like to point out is that Troy's drastic character change. People complain that he has no personality and now surprised when he has actual character development. But he does seem to be angry out of nowhere and on his stance on weapons seems silly as Robo Knight gave him his weapon, maybe if they connected Robo Knight's disappearance to Troy's stance on weapons, it could had grown that aspect a bit more. 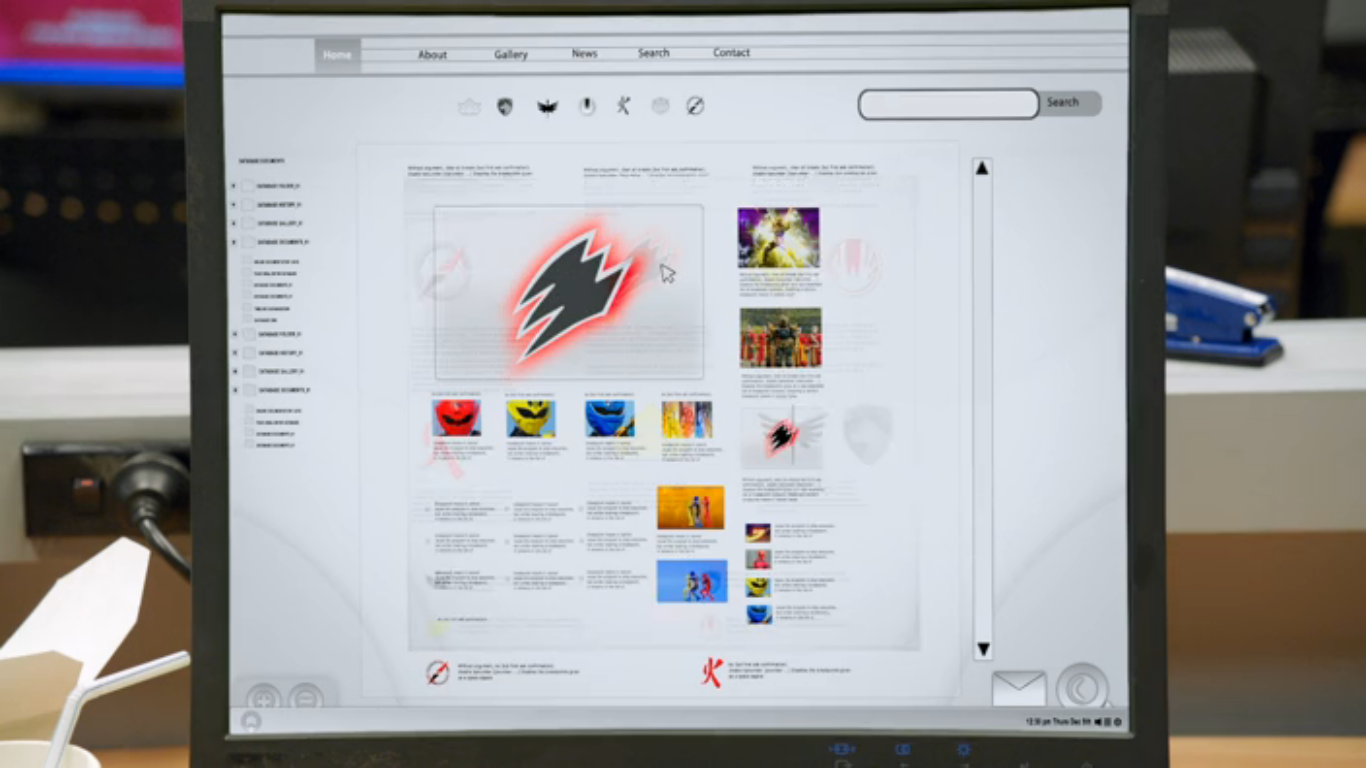 Jason Smith (Casey) is a writer on the show, he wrote "A Lion's Alliance" and "Samurai Surprise." I read some fan on Twitter say his voice is deeper and raspier, I agree, it suits him. He did a great job and I liked the references and nuiances. In the original ep, Green does not think himself strong and wants to get stronger. Jake is already strong, I like how this ep touches on the Jungle Fury aspects more. This ep is more historic as this is the first veteran Disney Ranger to come along and probably will be the only one. And it might seem empty as I think we probably won't see any more Ranger veterans until the final ep. It is too bad they had them clump together (Jayden and Casey eps back to back). Next ep introduces Orion the Silver Ranger but in 2 weeks because of Kids' Choice Awards I believe. BTW if I have to critctize something, it would be the database that doesn't have all the PR symbols and not all in the order and mistake some Red Ranger symbols for the team symbols (Ninja Storm, Samurai, etc.)
Posted by Lavender Ranger at 11:40 AM