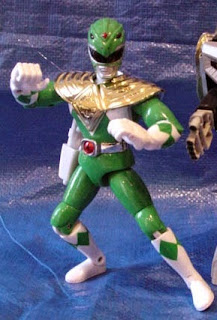 1993 8 inch Green Ranger
Came with Dragonzord, later he was packaged for Power Playback. It had a Titanus-like Dragonzord symbol in the center. Shield came off. Diamonds on cuffs.

1993 PVC Figure
Came with base and Dragon Dagger. Triangles on cuffs. 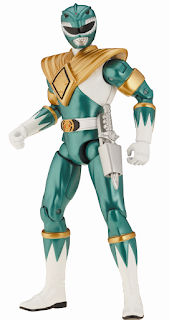 2008 5 inch Power Rangers Jungle Fury/Super Legends figure
This was a chase (rare) figure that came with silver dragon dagger. First to have triangles on cuffs. 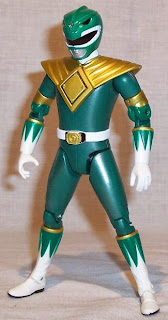 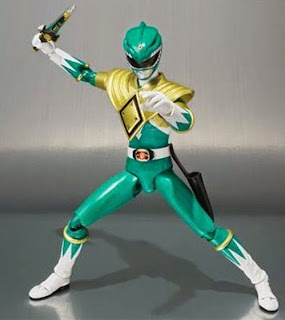 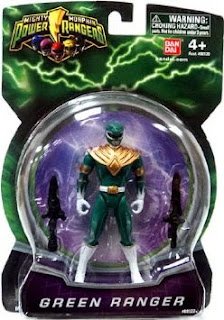 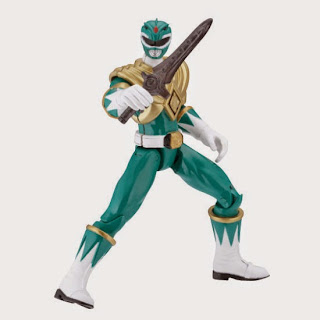 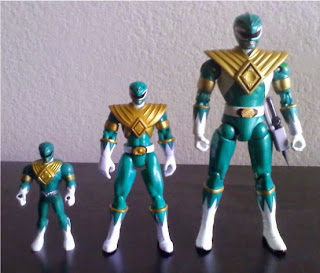 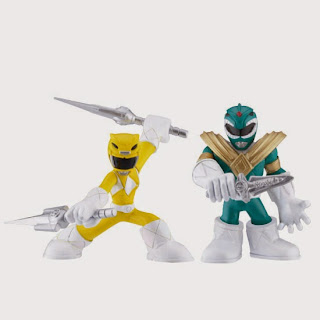 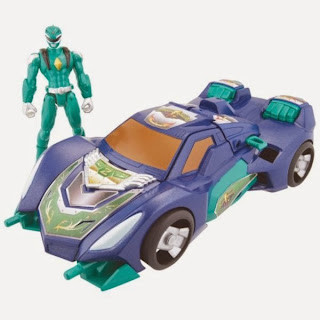 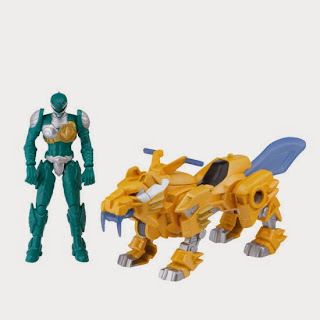 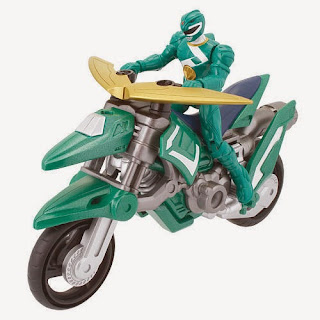 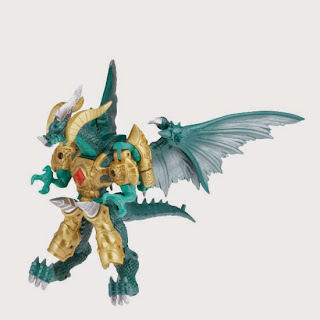 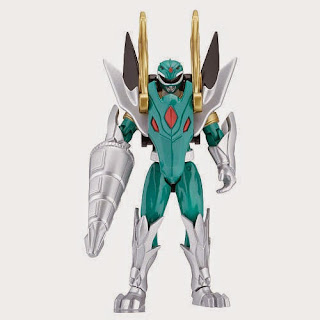 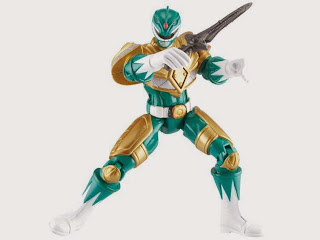 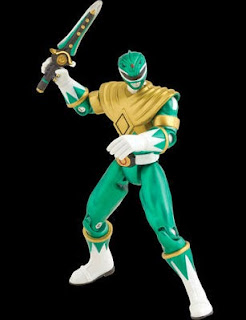 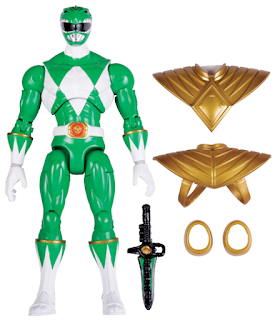 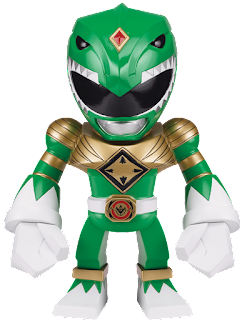 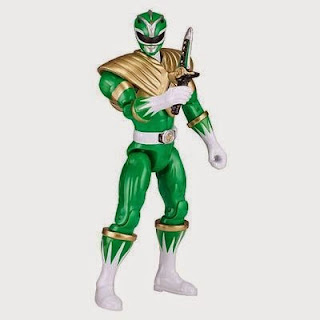 2014 Legacy Green Ranger Figure
Toys R Us Exclusive, detailed Dragon Dagger and silver stripe on helmet and silver morpher. Appeared in a coupon for the Action Hero figures before either came out in stores in most markets. 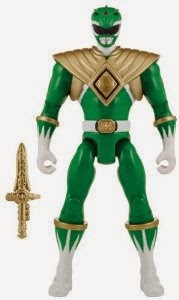 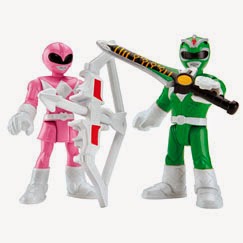 2015 Fisher Price Imaginext
No shield and silver stripe and diamonds on cuffs. 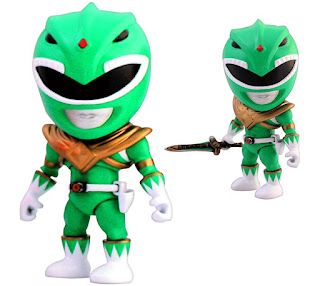 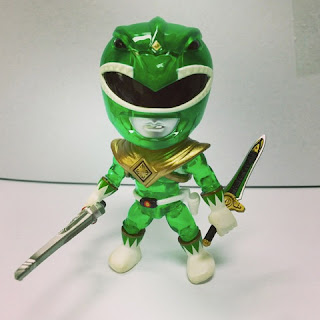