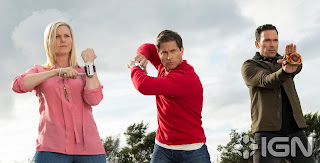 As previously reported, Jason Faunt, Catherine Sutherland and Jason David Frank are "officially" guesting in the episode "Dimensions in Danger" to air on Nick August 28 at 8pm. Now a trailer for general Super Ninja Steel has been released, not only talking about the episode. 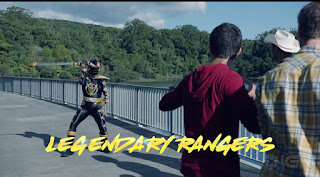 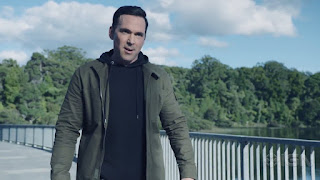 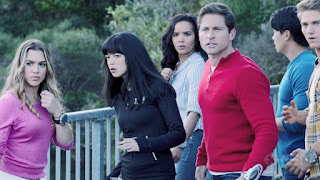 Shows Gema/RPM Series Operator Ranger Silver who was not announced but rumored. 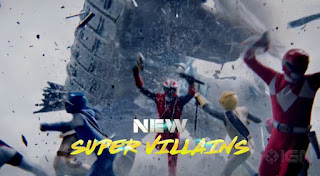 Also MMPR Red who was not announced and what appears to be Serpentera. 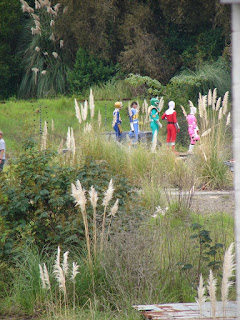 This pic from Hashtag Show, a behind the scenes photo for stuntmen as Samurai Gold, Dino Charge Blue, Green Ranger, Time Force Red and Turbo Pink. The previously rumored cast was Gia/Megaforce Yellow, Antonio/Samurai Gold, Koda/Dino Charge Blue, and others. So it seems at least Gema, Antonio, and Koda will also be joining Wes, Kat and Tommy.