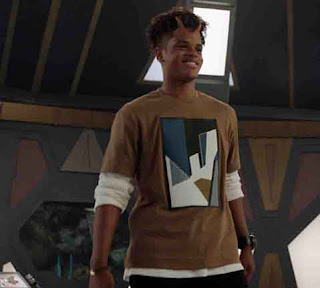 Gold Ranger arrives at Dinohenge and touches the ancient animal he is based on. The Rangers are practicing inside while Ollie makes a Peanut Butter and Jelly sandwich. Gold Ranger teleports in and de0morphs to reveal an alien-like Zayto. Aiyon is his name, Solon hugs him. Aiyon greats the new Rangers. He grabs Ollie's food. Zayto says he thought the team was lost. Aiyon tells him he launched the final attack. We get a flashback to the ancient team. He abandoned the Megazord. He was in a pod and slept in the bottom of the ocean. Green Morphin Master woke him up, mentioning Lord Zedd. Aiyon wants to be leader, saying Zayto is not a great leader. He flashbacks again, to them being Knights of Rafkon. News came that they were going to use an army of Sporix Beasts to defeat evil. The Beasts were supposed to fight with them. Aiyon believes Zayto could have stopped it but he did not. Aiyon warned him the Sporix were dangerous. Zayto said he trust the military. The leaders released the Sporix. Aiyon tried to stop it, saying it was a mistake, and fought against Zayto. Sporix were released and they devastated the planet. He says they were no longer friends. Amelia and Izzy are upset. 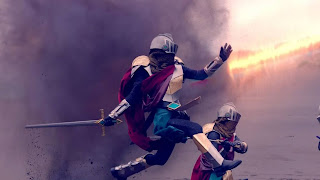 Solon tells them of an attack. Zato says he owes them answers but they have to stop the beast. The five teleport away along with Aiton. Mucus blasts at them and the six morph. Zayto says he has it and she blasts at him. The blasts hit fish oil. He slips on the oil and falls. He is tied by the spear-like weapons that Mucus threw. The others fall by slipping. Aiyon surfs on wood. Javi and Izzy copies him. They have Mucus where they want her. The other villains arrive, saying the Gold Ranger Zord is underwater, and they teleport away. At the base, Solon helps Zayto. Izzy praises Aiyon. Aiyon says he is not fit to be a leader and he leaves. Zayto and Solon talk, she says owning up to mistakes is difficult. He trusted his superiors. One mark of a good leader is to know where to step aside, only he can make the decision. Void Knight uses Sporix to create Wreckmate, a new general in his base. Wreckmate speaks like a pirate. Void wants the Mosa Zord destroyed. Mucus says she is the second in command and say they have to make a quick stop first. 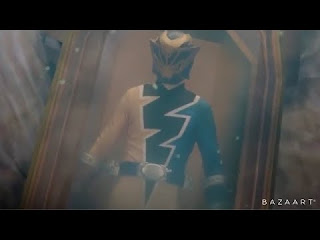 The Rangers without Zayto in the Buzz Blast find the Mosa Zord but no location. Solon tells them of trouble at the plaza. The villains are getting supplies for the beach. Mucus wants ice cream but Wreckmate doesn't. He obliges when she makes her scopes. Aiyon blasts it. Mucus keeps throwing ice cream at him. He explodes Mucus. Zayto arrives, saying to help. Aiyonand the others morph. They do the role call. They fight the Hengemen. Zayto and Aiyon don their Battle Armors. They defeat it and it becomes big. They call the Megazord and all six are in the cockpit. They go in the water and the seawater starts shutting down systems. Wreckmate attacks them underwater. Aiton asks how do they win and then asks Zayto. Zayto says to abandon the zords. Wreckmate attacks the Zords. They are knocked down The Rangers teleport out. Aiyon feels bad. Zayto says he had to do it. Aiyon says being a leader is hard because you get judged. He says he got it now. Zayto and AIyon say Friends forever. Aiyon's belt buckle glows. Wreckmate is about to defeat the Megazord when the Mosa Zord arrives. it jumps out of the water. Aiyon calls for Battle Mode. Zayto and Aiyon enter the Megazord and destroy Wreckmate. In the base, the Rangers praise the Mosa Zords. Zayto and Aiyon wrap things up and makeup. Aiyon says Zayto should be the leader and both spar. Ollie says Aiyon's Ranger energy must have sparked. Solon says it must have to do with them being friends. 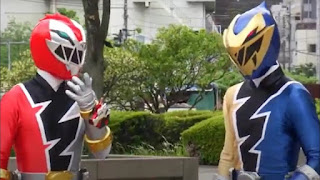 Aiyon is supposed to be hundreds of years old and from a time even longer than let's say Koda or Ivan from Dino Charge. He speaks like a modern African-American and says "Let's roll," also dresses pretty modern. Zayto had some adjusting to do in the first few episodes--granted not as much as Koda and Ivan--but Aiyon had zero of that. I mean, Power Rangers are not usually known for accuracy. Anyway, Aiyon is the first African-American Sixth Ranger and it is the first show to have two Black-American Rangers on the team. Technically they are aliens. Fans have said they wish Aiyon and Zayto's conflict was more drawn out and not solved in just one episode. Producers have said it wouldn't be 'ranger behavior.' Some fans have argued that Tommy, Eric, and other Rangers have acted similarly. I would have accepted at least two episodes of Aiyon being on his own. Heck, Jayden of Samurai was not leader for a handful of episodes. Zayto could've stayed off the team for a while and have an arc. Oh well, doesn't matter.

Posted by Lavender Ranger at 6:06 PM