Power Ranger Toys: Who is this???

Many kids who bought villains or other toys may wonder, 'Who is this?' with some figures. Here I explain who they were. 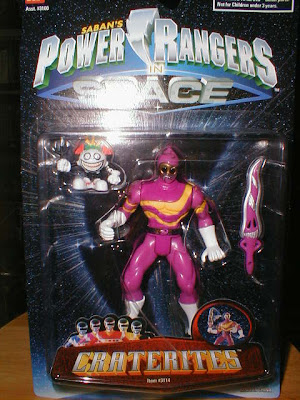 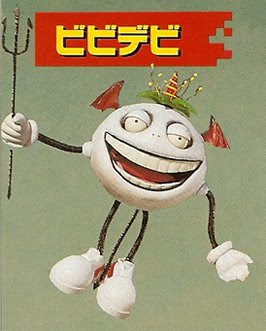 Bibidebi would bite the monster of the day to make him grow. 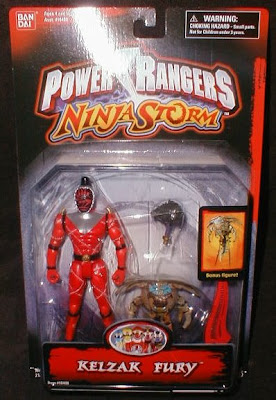 In 2003 Power Rangers Ninja Storm, Kelzak Fury were an American power-up version of the Kelzaks that did not appear in the original Hurricanger. The Kelzak Fury toys came with a 'bonus figure.' They are based on Manmuraba, a villain in Hurricanger that later became the villain we know as Motordrone and then Eyezak. Manmuraba was the larval state, first state of three that Manmuraba had. 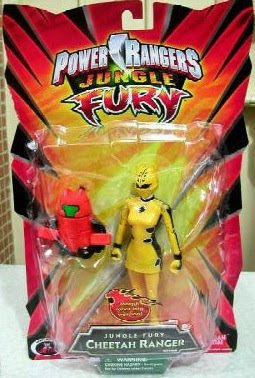 2008: While the Pink Time Force Ranger and Camille came with extra figures (Circuit the digital owl and Flit the fly) were actually on the show, the Jungle Fury Cheetah Ranger came with a character that did not appear on the show. The orange thing is actually RoboTough, a battling punching robot in Gekiranger, the original show. 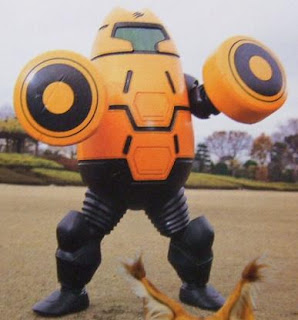 RoboTough was what the Gekiranger would use as target practice.

Posted by Lavender Ranger at 11:40 PM