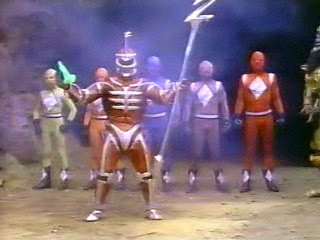 The Dark Rangers first appeared in Season 2 two-parter "Green No More," five 'bad' teenagers that Lord Zedd swayed under a spell to pilot the Thunderzords as the Rangers gave away their powers. They were clearly re-colored Putty outfits and when I first saw them, I thought they were horrible. They never really fought the Rangers and just stood there---which was the product of the low-budget in the early days. I think they spent most of the budget with Lord Zedd. I would have used the Dairanger outfits and replaced the 'D' with a 'Z' and either repaint the Green Ranger as Black (like Black Space Ranger as Green A-Squad SPD) or just say because he's evil, he's green. But I figure they didn't even have enough money for that. These days with New Zealand, it could have been done. 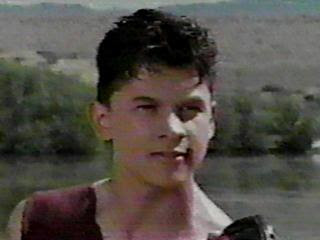 These teens clearly were modeled after the Rangers (the first batch). Even though his name was never mentioned, the Red one was named Justin in the Closed Captions. 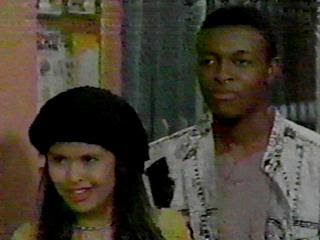 Tina's name was uttered but Zane's name was mentioned in the Closed Caption. 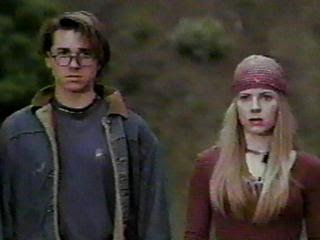 Blue's name was never mentioned or supplied and fans at PRU wikia, say that Pink's name was Hilary. Pink one was the only one not to resemble Kimberly, but because of her blonde hair--I think was a coincidence they went with Katherine in Season 3. 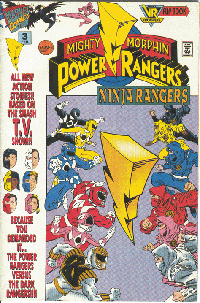 The Dark Rangers reappeared for the comics. Marvel Comics produced six issues from 1995-1996, based on Season three, taking the helm from Hamilton Comics. One issue dealt with Lord Zedd picking five individuals from different parts of the world, giving the Dark Rangers new identities and their outfits looked just like the Power Rangers. Even though the cover shows a White Ranger, there was no Dark White Ranger in the actual issue. 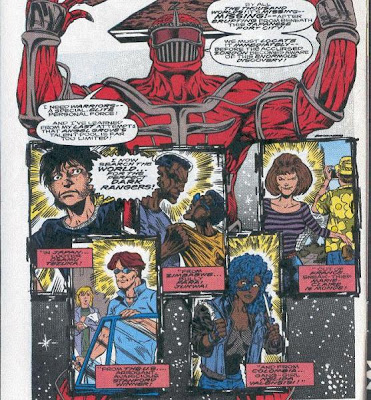 Osamu Tezuka from Japan, Fara Jukwa from Zimbabwe, Stanford Winner from the United States, Nelinda Valensisi from Columbia, and Marie Claire le Monde from France. I like how Black was African and Yellow was a dark skinned Hispanic girl and that the leader was Japanese! 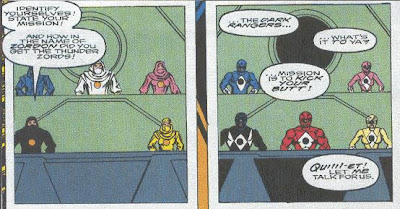 The Dark Ranger piloted the Thunderzords against the Ninjazords, the Tigerzord appeared but the pilot was never seen nor was a Dark White Ranger. The issue had no conclusion and there was never a follow-up probably because the issues were discontinued.

Information for this blog has been collected from Rovang's Writer's Guide to the PR Universe, Power Rangers Universe Wikia, and Comicvine.

I will cover more on the comics soon, later today Sunday.

I think it's resembles the name of the creator of manga "Astro Boy".
CMIIW

Good memory, the name of the creator of Astroboy is indeed Osamu Tezuka. The Marvel writer that did that was very clever!