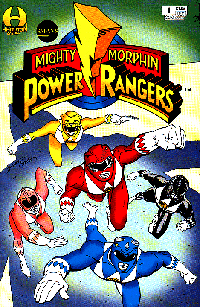 Hamilton Comics first started the comics in 1994, I remember owing the first one (above). They were set during the time of Season Two, when Tommy lost his powers and they were fighting Lord Zedd, who got help from Finster. They did six issues. They did four issues for 'Series 2.' The monsters looked nothing like the ones from the show and looked more like stereotypical monsters from comics of the 30's. Adam, Rocky, and Aisha joined later on. 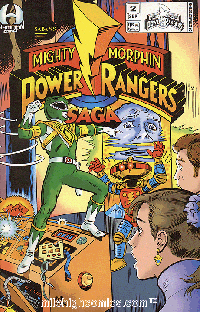 They did three issues covering the events of the TV series from Season 1 to Season 2, the Mutiny. Some of the monsters were accurate, some had colors that were not accurate, new monsters and monsters that were just horribly off with new designs. 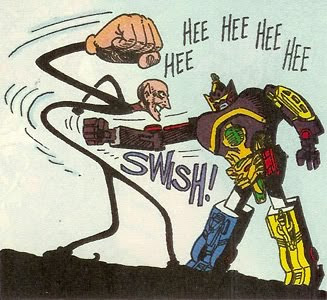 Marvel took over in 1995 starting with an adaption of the movie, I have this issue. I love the cover. It was pretty accurate with the final version of the movie. 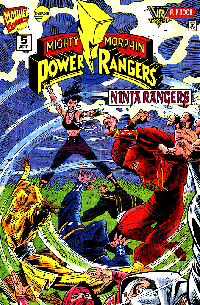 Marvel then did issues 7 issues of Ninja Rangers (MMPR Season 3) and VR Troopers on the other side. The monsters were a bit different and little better. 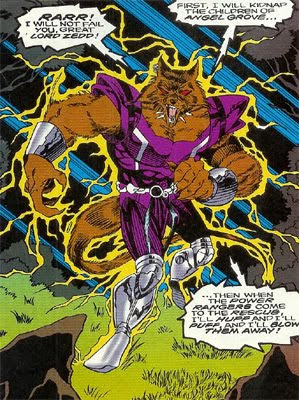 This monster looked a bit Kakuranger-esque, but not very. 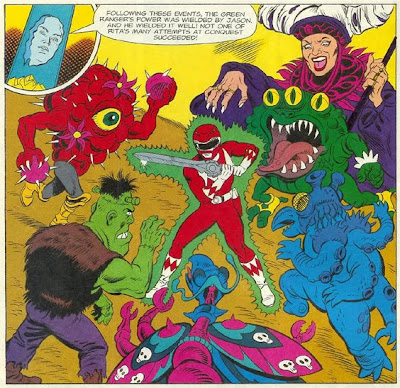 In the Hamilton Comics, only one monster from Dairanger (the Cactus above) ever appeared in the comics. And some Godzilla villain-look-a-likes appeared as well (Mothra knock-off above). 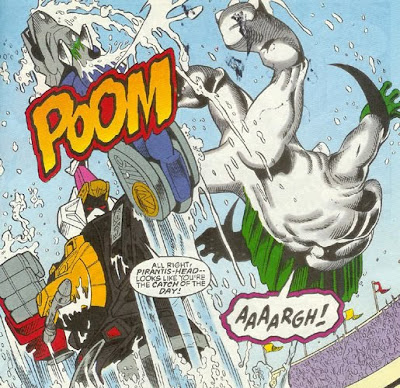 And with Marvel, Pirantishead and Pudgy Pig came back and fought the Ninja Megazord. None of the Kakuranger monsters appeared in the Marvel comics.

There was also comic strips in the Power Rangers Magazine (with some horribly comedic monsters) and mini-comics that came in those bubble capsules you'd pay 25 cents for, I have the Trini one, I gotta scan it when my scanner gets fixed.

Posted by Lavender Ranger at 10:29 PM