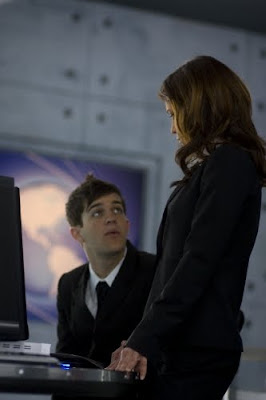 This episode is a turning point, so I had to cover it. Last week's episode really was a turning point but the game has definitely changed now. Many are calling the Advent Master a deus ex machina, which is an old writing device to bring a powerful character or item that changes the game or let's the good guys win. In this episode, it is revealed that the Advent Master has been frozen for over 61 years and found on Earth. Xaviax taps Adam to become a Rider once again, Trent becomes a No-Men, and Maya becomes Kamen Rider Siren. Since the Eubulon picked the people, he can reassign the deck. He gave it to Maya and gave her new body memory fighting abilities, which is very 'deus ex machina.' So Eubulon can bring people back from the void but his deck is broken so he might have trouble bringing everyone back.

Turns out Adam is in a dimension [with an artificial world] created by Xaviax with his new love Sarah [Supposedly Adam had affections for Kase] and she believes she is still in Ventara. Xaviax has Adam [who is not completely on his side] to trick Maya into thinking he is Kit. I love when Xaviax messed up Adam's hair. Maya being able to use the deck is very much like the Japanese Kamen Rider where other people can use the decks. And Next week, we get three Ventaran Riders back, it is probably just not to have way too much characters to juggle so having a few at a time makes sense. But if they can now come back from the Advent void, most likely Xaviax will try to actually kill Eubulon to make sure he can't bring no one else back from the void. Eubulon says the Advent Void was meant to be a place for a injured warrior to take a breath and he could bring them out. 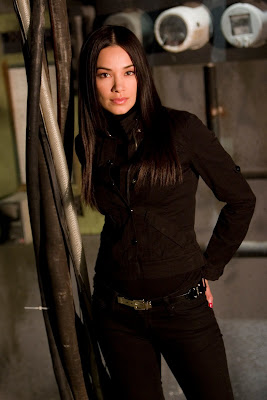 Posted by Lavender Ranger at 11:47 AM