Poll Results: Most Wanted Toy / Who Would Win Batch #3 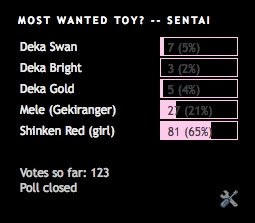 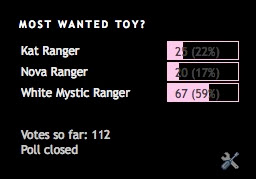 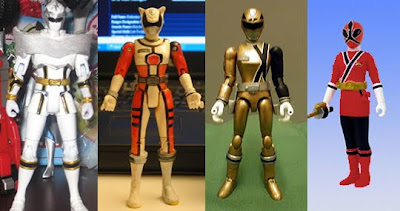 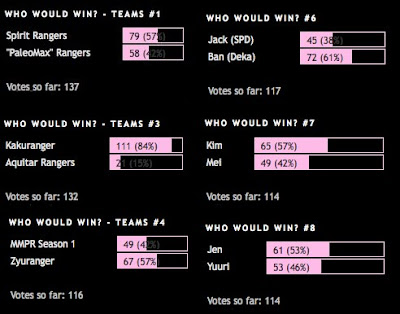 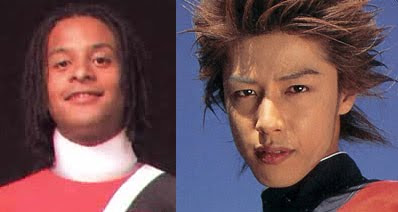 Jack vs. Ban
72 of 112 say Ban would win. Ban was recklessly racing and arresting through dimensions and ended up in 2025 in New Tech City and fought Jack. Jack thought Ban was a punk and Ban beat him. 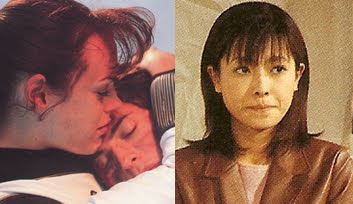 Jen vs. Yuuri
61 of 114 has Jen winning to Yuuri. It was a tough decision to me. I love them both and don't know who would win. But sake of argument, Jen and Yurri were both on assignment in 3000. Yuuri went to America and encountered Jen, they both thought they were both impostors and fought. 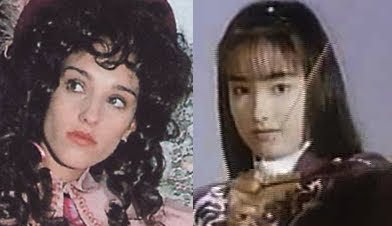 Kim vs. Mei
65 of 114 have Kim winning to Mei. Mei was taken by Bandora to America in 1993 and faced Kimberly when Tommy lost his powers to Rita the firs time. She was so mad that she fought Mei. Mei tried out different disguises, Kim criticized her fashion sense and Mei cried.

Spirit Rangers vs. PaleoMax Rangers
79 of 137 got the Spirit Rangers (Elephant, Shark, and Bat) against the T-Rex, Mammoth and Triceratops Rangers. The Spirit Rangers brought the toys to life using Animal Spirits and wiped their butts before they could use their blasters.

Aquitar Rangers vs. Kakurangers
111 of 132 got the Kakuranger kicking the butts of the Power Rangers from Aquitar. They use their ninja magic to get the Aquitar Rangers to a Japanese desert, where they dehydrate and are beaten.

MMPR vs. Zyuranger
Fans voted 67 of 116 Zyuranger winning out against the first team of MMPR. The Zyuranger are transported to 1993 U.S. by Bandora and battle it out with their counterparts. Boy is first thrown off that Trini is girl but quickly bounces back.

I'm giving more time to the polls of Koragg vs. Wolzard; Kase vs. Miho and MMPR vs. PGSM.

Posted by Lavender Ranger at 6:45 PM