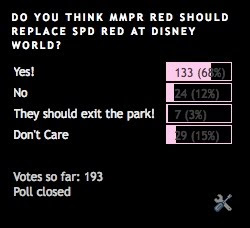 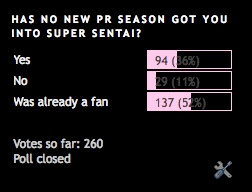 Do you think MMPR Red should replace SPD Red at Disney World?
Yes! 133 of 193 votes
Don't Care 29 votes
No 24 votes
They should leave the park altogether! 7 votes 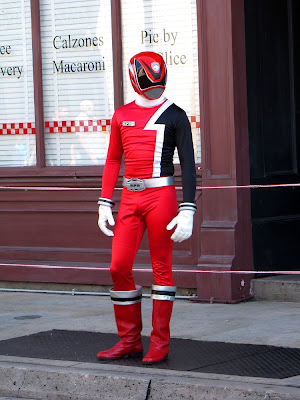 It is almost midway into April and it seems like the Red Ranger won't be changed at Disney World. For some unknown reason of course.

My friend who is currently working at Disney World, a friend of his says that they saw the original Green Ranger but maybe he got confused with the Green Samurai Ranger, who still roams the park, along with the White Dino Ranger. It would be cool if it was true, but my other sources at Intercot boards say there are no plans to add a new Ranger. 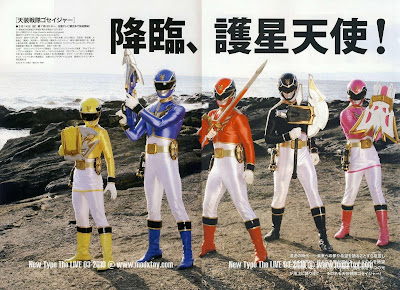 Posted by Lavender Ranger at 6:20 PM