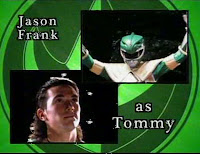 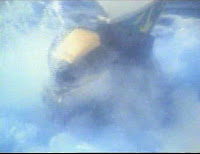 The opening credits originally changed with "Shell Shocked" and not with the Green With Evil saga. But we are treated to these two new additions. 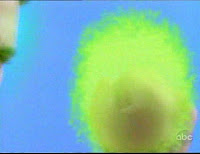 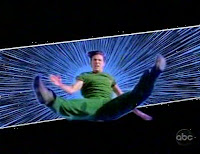 Episode Summary:
Billy and Trini try to fix the Command Center while Tommy gives Kimberly the cold shoulder and freaks Bulk and Skull out. Rita decides to give Tommy the Sword of Darkness, not without fighting the Putties first. Tommy then sends Jason to the Dark Dimension to face Goldar on his own. The Green Ranger fights the other four Rangers and they trump him with the Megazord. 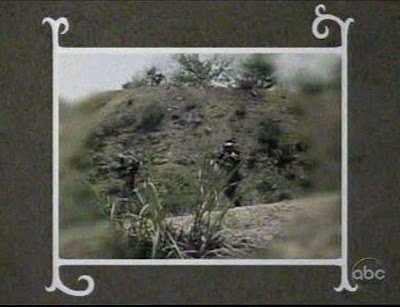 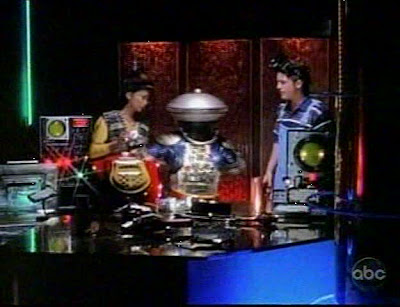 The Sword of Darkness references the Knasty Knight and that was not the original connection in Zyuranger. This 'reversion' has what seems to be very minimal changes. The majority of the first two act breaks are with very little additional graphics. The capture to the right has Billy and Trini fixing Alpha in a rarely seen section of the Command Center which I found really cool and we never saw it again. I liked the red bubbles. 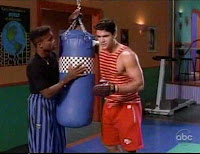 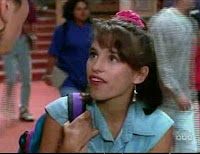 Episode Review:
I want to discuss how awesome this episode is. This episode has some great writing. This episode is also known as 'Jason's Battle.' Jason ceases being an one-dimensional goody good jock and is now a guy with a grudge. He tries to figure out 'this green dude' and is really mad at him and wants the chance to fight him. Real teen angst is seen here. Especially when Tommy treats Kimberly badly and she says "Excuse me for living." I think what attracted us to Tommy was his evil streak. 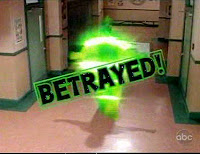 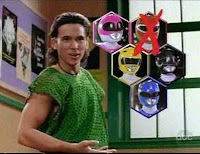 One of my favorite parts in the original show, was when Tommy literally stabs Jason in the back and teleports himself away with his sixth coin. But with the new graphics, the most obvious 'Betrayed!' was put. I think it would have been cooler to put 'PWN.' 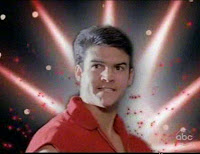 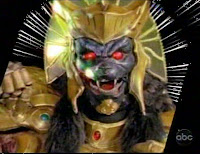 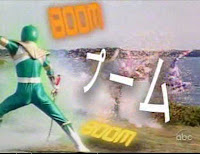 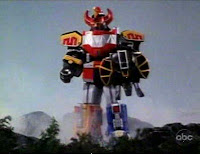 Okay, in the original episode, did anyone else found it weird that the four Rangers not only called Tyrannosaurus without the Red Ranger but they escalated the battle with no explanation against the small zord-less Green Ranger? In Zyuranger, the 'Megazord' had a mind of its own, called Daizyujin and it was a god, a pety god. It would escalate battles all the time! Even without the Zyurangers inside. 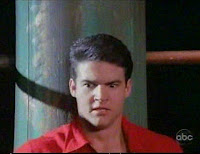 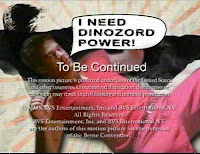 Jason's face of despair against Goldar that his minutes are numbered is classic. Austin St. John just did a great job in this episode! Kudos! Too bad we won't be able to see the rest of the 5-parter until May and June. 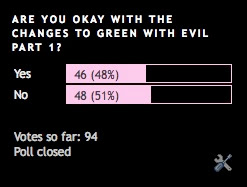 Posted by Lavender Ranger at 8:19 AM