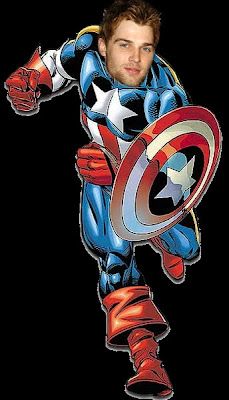 Who Should Play Captain America?
32 of 139 voted for Mike Vogel, unfortunately Chris Evans got the role, who was not in my poll. I stil see him as Human Torch, I think if it was another comic world, it would have been cool but since he is playing two Marvel characters, I think it blanks out the opportunity of have Fantastic Four in an Avenger movie or cameo. 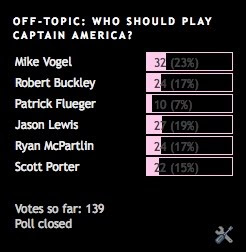 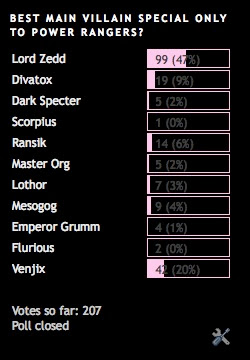 Best Main Villain Special Only to Power Rangers?
Not surprisingly, Lord Zedd won 99 of 207 votes, Venjix got second and Scorpius got the less votes at 1 vote. 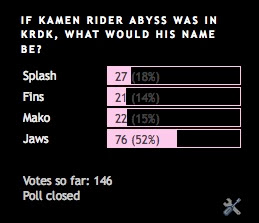 If Kamen Rider Abyss was in Kamen Rider Dragon Knight, what would it be?
Jaws got 76 votes of 146 votes. 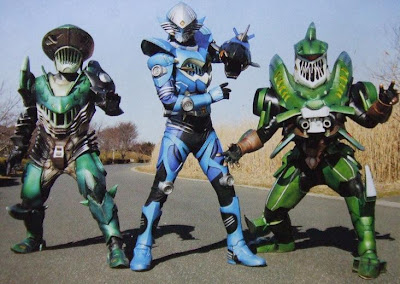 Posted by Lavender Ranger at 12:33 AM