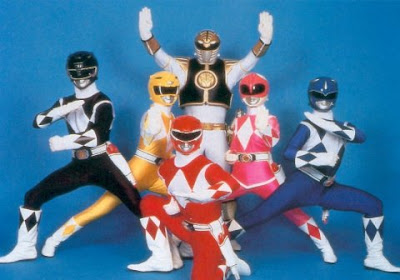 In the reports about Saban getting the Power Rangers from Disney, they say that parents, specifically Disney, did not like the violence of the Power Rangers. NY Times says, "Mothers, the research showed, disliked the violence — particularly the hand-to-hand combat — that is part of the franchise’s D.N.A. Ultimately, Disney decided not to brand the Power Rangers as a Disney product, which made the franchise something of a black sheep at the company." In some reports, it says they used Support Groups and those aren't always reliable. Like the article said, combat and marital-arts is in the DNA. In the link below, Casey Bryson mentions Cyma Zarghami, Nickelodeon's president's quote being taken out of context. I couldn't find the quote in its entirety: Cyma Zarghami, Nickelodeon’s president, said the violence was a “nonissue,” calling the show “more martial artsy and campy than anything else.” LA Times said: Zarghami added that although "Power Rangers" was somewhat controversial in the 1990s for its violence, she didn't think the show's campy martial arts would bother many parents today.

I think that saying violence was the main issue is not true because now they got Marvel--Iron Man 2 (bombs, explosions, Iraq) is loads more violent than PR! The fact is that Disney did not brand Power Rangers as "Disney's Power Rangers" like how Saban labeled it "Saban's Power Rangers." I think if they did label it 'Disney,' it would anger Disney fans and Power Ranger fans. I think the company was afraid to do so. I agree with Saban that Disney did not know what to do with Power Rangers. I really think Disney did a good job marketing wise but didn't push enough, they were almost there. They had the most merchandise with Mystic Force and Operation Overdrive, but the Operation Overdrive toyline didn't sell well, and maybe Disney took that as a sign the franchise was going nowhere. But some seasons were going to be stronger and others weaker, that is just how the franchise is. What I have been saying for a long time for the reason that Disney gave up on Power Rangers was because they couldn't control it. They had to share revenue with Toei and Bandai and they couldn't use 'their people' to design the toys, etc., cutting costs. This is just a hairbrain theory of course. If Disney said it was about complaints, then there you go.
Casey Bryson's Kids' Movie & TV Blog: Parents Decide What Is and Isn't an "Issue" in Programming in Kids

Related Post: Bandai America's sales down because of the Power Rangers
Posted by Lavender Ranger at 10:25 PM

That didn't stop Disney from renaming Nick's Doug to "Disney's Doug" When they acquired it.

Doug was one of the first Nicktoons and iconic as Nicks cartoon. More so than Saban/Fox to PRs.

Doug is much different than Power Rangers. Disney is typically very conservative in terms of the content they show, and didn't even make a PG-13 movie until Pirates of the Caribean. Doug is the more conservative, toned down type of show that Disney would like to have. But then again, buying the much more violent Iron Man does make Disney look like a bunch of hypocrites when they say that Power Rangers is too violent.

Nick's Doug ruled, Disney's Doug didn't, it's flaw was that it changed everything (the character's clothing, Doug's voice, Patty's hair and making the chubby girl skinny) that was great about the show. The music was different and music was unique to Doug. And making Roger rich, while interesting, just diffused the whole rivalry with Doug. And BB was already self-centered, naming a school after her was too Family Guy-ish.

Well its not "Disney's Iron Man" or "Disney's Marvel heroes" so they aren't total hypocrites. They acquired Marvel but they seem to let Marvel run as their own company like they were, similar to how they own ESPN and its not Disney's ESPN.