HeroPower discusses the possibilities of using either one of the Super Sentai candidates to become Power Rangers. The other argument is why is it between Shinkenger or Goseiger, why not a totally original team or one from before 1992 (like Jetman). One thing is that anything from before 1992 would look much older even if color treated and it wouldn't make a much money if there weren't six Rangers (except for Maskman that had Mask-X1 for only 1 episode), but Bandai America could make up some new ones like they have in the past. And to make a whole new team with only seven months to work on it is less than likely. Bandai did mention at the toyfair they were planning to release Shinkenger in 2012. So maybe it will be pushed to an earlier date. 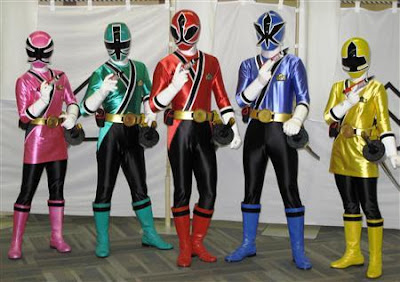 Samuari Sentai Shinkenger
Some fans believe the reason Disney didn't adapt Shinkenger because it was 'too Japanese,' but most likely this was not the case. According to reports by actors and crew, Disney didn't even want to produce RPM and it is evident by they never advertise RPM properly. Like I have said before, Kanji can be ignored and Power Rangers simply use footage, they don't have to use the same storyline. Look at Gingaman/Lost Galaxy. Here are the advantages of using the footage: 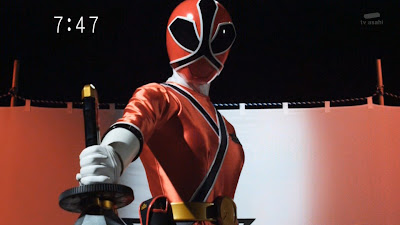 Female Red Ranger
She is not a major character, there is only about 3 episodes of footage but she is a good heronie and not a villain like Charlie, SPD A-Squad. As for the toy, most likely Bandai America won't be making a toy of the female Red Ranger, since they didn't make one of minor Rangers such as Nova Ranger, Kat Ranger and the White Mystic Ranger. But it would be quite simple to make her figure, it would take re-painting the Pink or Yellow and adding the Red Ranger head to the toy. 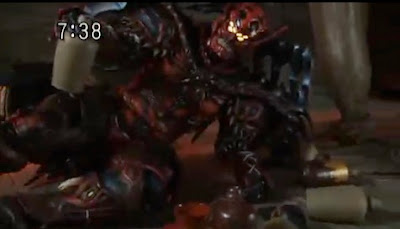 Costume Villains
The majority of the villains are in suit, meaning they wouldn't have to hire an actor. But knowing Power Rangers, they always add one new character like Ransik, Master Org, Flurious, etc. Mystic Force didn't add a new villain but did have LeeLee. But in order to save money for the first season back, Saban could choose not to add anyone new. They would want a human actor, they only would have to hire someone to play Juzo's human form. 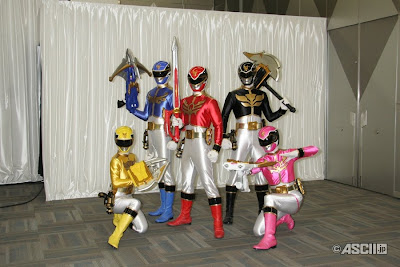 Tensou Sentai Goseiger
The plot of Goseiger is a team of Earth-protecting Angels from a special world. But of course, in adapting it, they could make it anything they wanted. Some fans have suggested that their master Master Head could become Zordon and their robot Datas could become Alpha's successor. It is debatable if Gosei Green will even be used as he briefly appears in the footage with no close-up of the helmet at all. 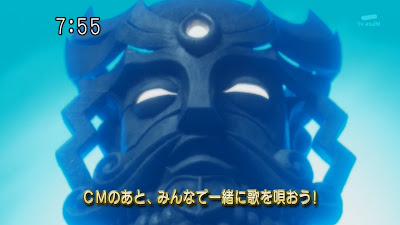 Master Head
As I said before that Master Head that can be taken and said he is a resurrected Zordon. That he is looking over the Rangers for years but has not interfered. 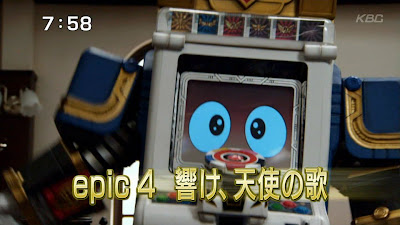 Datas
He looks nothing like Alpha 5. Even though fans don't think the goofy-acting child-like Datas can be transferred into Power Rangers but remember that Magiranger's mischievous Smoky became a lame Genji in Mystic Force and Go-Onger's Go-Roader GT became the lifeless Road Attack Zord in RPM. Also, the simple-minded Zuuban of Boukenger became elitist Sentinel Knight. But he could be used as a rebuilt Alpha robot. 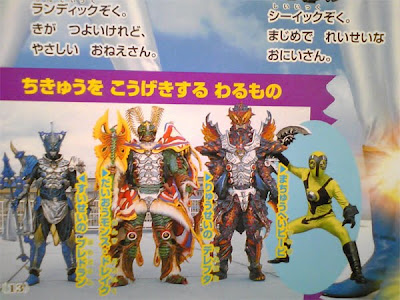 Costume Villains
The majority of the villains are in suit, meaning they wouldn't have to hire an actor. But knowing Power Rangers, they always add one new character like Ransik, Master Org, Flurious, etc. Mystic Force didn't add a new villain but did have LeeLee. 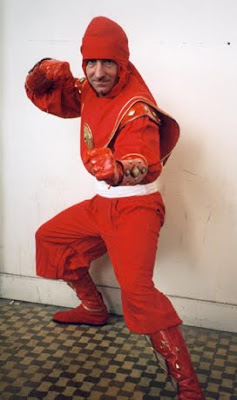 I for one hope Saban can re-hire Koichi Sakamoto, who was the stunt director for Mighty Morphin Power Rangers' third season up until RPM. He was the 2nd Unit Director for the "battle grid" scenes for VR Troopers. And get some of the stunt crew back from back in the days, or some, definitely from Kamen Rider Dragon Knight--some were from old school Power Ranger days such as David Lee Brown (above), Hiroshi Maeda, and Erik Betts. It is yet to be announced where Saban will be filming, most likely it won't be New Zealand, and for sure it has to be in North America but I am not 100% sure it will be the United States.
Posted by Lavender Ranger at 7:32 PM

Thinking about it, Boukenger could have been used for Zordon too, that is Mr. Voice. In my idea, Datas is a rebuilt Alpha Five.

The Battle Grid. So pointless, yet some of the best action of that show.