There are plenty of Super Sentai parodies out there, here are a few: 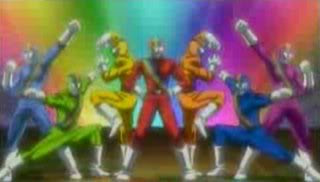 Disgaea: Hour of Darkness NijiRanger/Prism Rangers
The Prism Rangers are a troupe of gag characters which appear in the video games Disgaea: Hour of Darkness (2003), Disgaea 2: Cursed Memories, and Disgaea 3: Absence of Justice. Each of the members are named after the colors of the rainbow with the word Prism preceding it. Outside of the in-game battle, the Prism Rangers tend to be portrayed as weak, having been taken down in one shot or being unable to do the slightest bit of damage to their opponent. 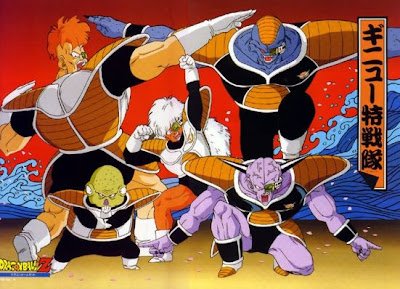 Dragon Ball Z
Ginyū Tokusentai (Ginyu Force)
The Ginyu Force is a team of five mercenaries who are hired by Frieza. Excel Saga
Shiritsu Sentai Daitenjin (Municipal Force Daitenzin)
It is an adult-only, sentai dōjinshi by Rikudo Koshi, also the author of Excel Saga. Essentially, it is the basis of Excel Saga: Many of the characters designs that appeared in Excel Saga originated from the dōjinshi. 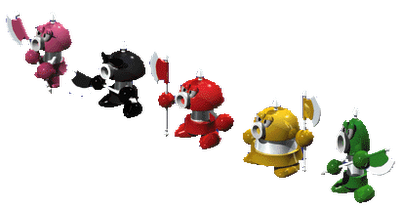 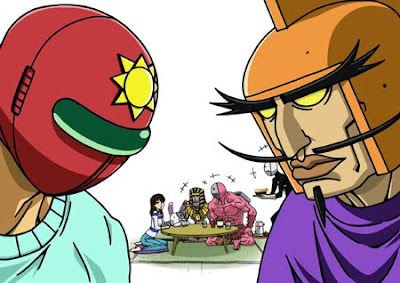 Tentai Senshi Sun Red (Astro Fighter Sun Red)
It is a manga created by Makoto Kubota that got an Anime adaptation produced by AIC A.S.T.A. that aired in 2008-2009. 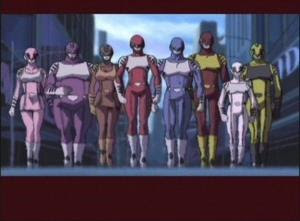 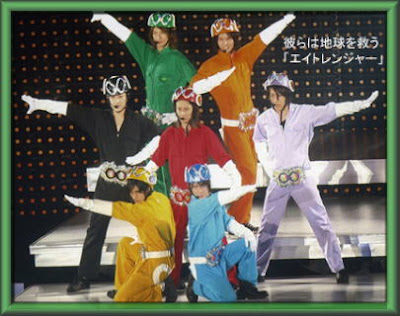 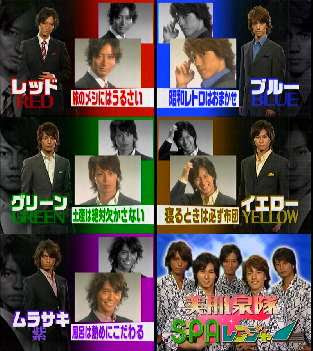 Bihada Sentai Sparanger
Toei has also parodied their work by using it in a series of shorts on various spas and onsen (hot springs) around Japan as the Bihada (Handsome Muscle Spring) Sentai Sparanger. This series has tokusatsu actors such as Takashi Hagino (Choukou Senshi Changerion and Kamen Rider Ouja of Kamen Rider Ryuki) as SpaRed, Kento Handa (Kamen Rider Faiz) as SpaBlue, Kengo Ohkuchi (played trapped subway worker Kazushi Mizuno in Kamen Rider 555) as SpaGreen, Masashi Mikami (BoukenBlue) as SpaYellow, and Kohei Murakami (Kamen Rider Kaixa) as SpaMurasaki ("purple" or "violet" in Japanese, a running joke would involve people referring to him as SpaPurple).
Posted by Lavender Ranger at 11:03 PM

there are loads of sentai adult film parodies

I was searching for sentai's parody
And you did a good job
But you forget the Mad Midget V
From Godhand
And the parody of Koni Ranger or Koni senta from the anime Koni-Chan
But the others in your list a pretty cool and new in my case
Ps : The Handsome Man are the most badass sentai parody in my opinion