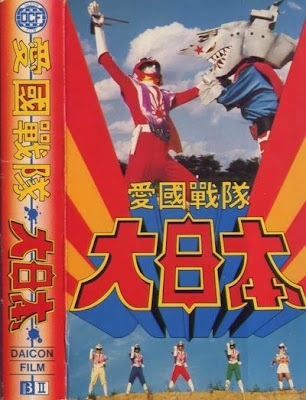 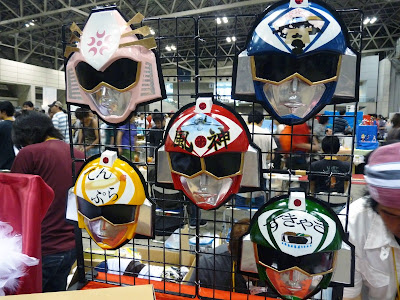 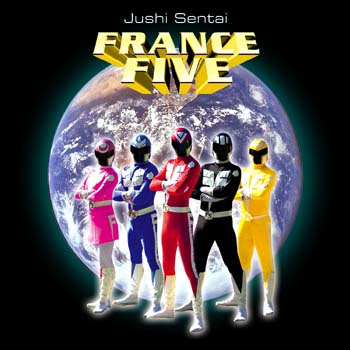 Jushi Sentai France Five (2000)
At firt glance I thought this was a fanfiction film, but actually they are four episodes in France. It was produced by Buki X-1 Productions in 2000s. It is an homage to Toei's ever-popular Super Sentai Series, which was extremely popular in France in the 1980s. This series is said to be a nod to another Sentai pastiche, Aikoku Sentai Dai-Nippon. The series has become kind of popular in Japan, with singer Akira Kushida singing an original theme for Episode 4. Prior to that point, the themes were French remixes of older Sentai theme songs (Choujin Sentai Jetman and Choudenshi Bioman) with an original French theme. 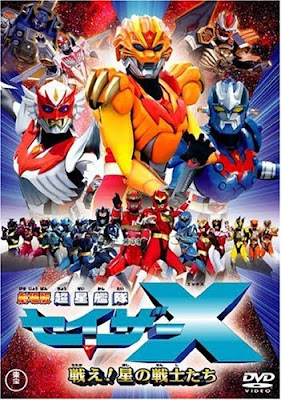 Chouseishin Series (2003-2006)
2003 was a heck of a year for Tokusatsu, there was Abaranger, Kamen Rider Faiz, Pretty Guardian Sailor Moon and Gransezar. The Super Star God Series were produced by Toho Company, Ltd., in association with Konami. They had three series: Gransezar, Justirizer and Sazer-X. Gransezar had lots of warriors, females in white and red, blue, orange & fuschia, males in blue, indigo, purple, red, yellow and yellow-orange; Justirizer had a girl in blue, males in red and black; Sazer-X only had males (Orange, White and Blue). 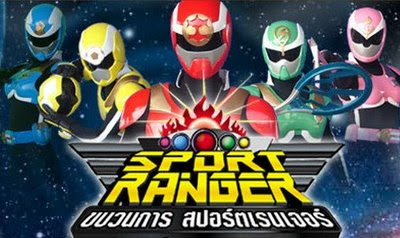 Wecker Signa (2007)
The third installment of the Wecker series, it is the only one where the girls are actually suited up with helmets. Their colors were pink, orange, purple and black. They made toys of both their regular forms and armored forms. This aired in Japan. 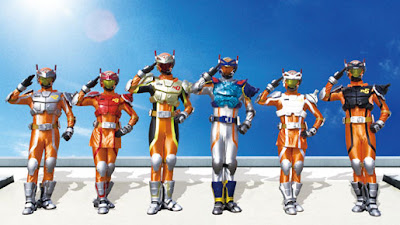 Tomica Hero: Rescue Force and Tomica Hero: Rescue Fire (2008-2010)
Broadcast on Japan's TV Aichi, the Tomica Hero series based on Takara Tomy's Tomica toy car line. Rescue Force started out April 2008 and was followed by the sequel Rescue Fire. Rescue Force is deployed to protect human lives from various disasters too extreme for normal rescue workers, started with blue, silver, black, gold were men and red and white were female. Both series had 51 episodes and a movie. In Fire, orange, silver, cyan and black were male and green is female. There was Rescue Aqua planned, I don't know if it went into production but now the project is on hold.

your missing a 70's ninja squad from toei

Read the title, it says 'Non-Toei'

Where is Bima Satria Garuda from Indonesia