Going over the female Rangers by colors, if they had skirts and what about their costumes were different. Like I have said before, not all yellow rangers are female in Super Sentai, there has been 13 female yellow rangers while more than that have been male. In Power Rangers, 5 male Rangers have become female, as I have stated before. 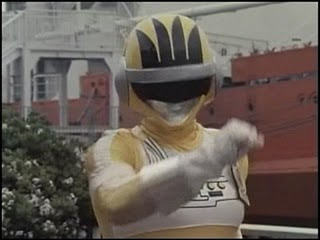 Yellow Four (Bioman-1984)
Like Pink, she had an underwear-like like shape unlike the male rangers that had a short-shape, but no skirt to speak of. She was the first female Yellow Ranger after 9 years of the show running. 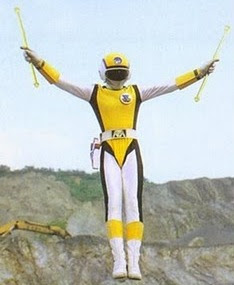 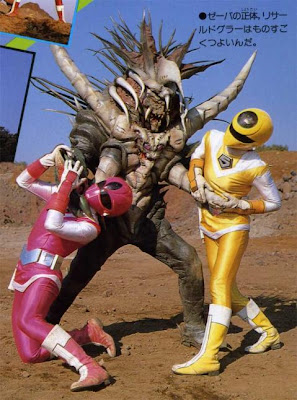 Yellow Maskman (Maskman, 1985)
Just like their Maskman brethen, Pink and Yellow had Ranger-color legs, only difference was a skirt with white trim, that ended in an arrow shape. 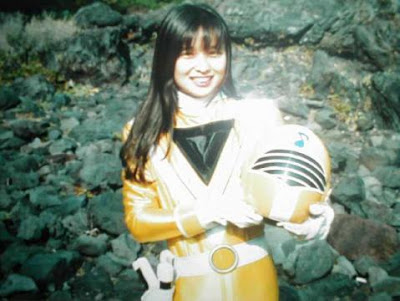 Five Yellow (Fiveman, 1990)
There had been no female Yellow Ranger in a while, she and her sister had no skirt and no real difference to their brothers. 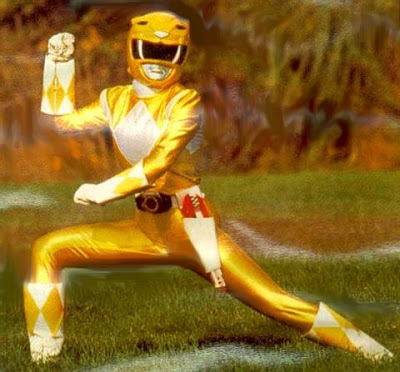 Mighty Morphin Yellow Ranger (1993-1995, 2010)
Tiger Ranger of Zyuranger was male, but changed to female in MMPR. She is the first female Yellow Ranger to have no skirt and not the last. 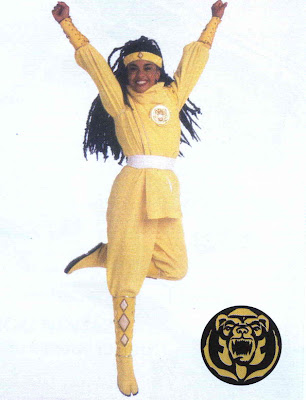 Yellow Ninja Ranger (MMPR, 1995)
In the movie and season 3, Aisha's ninja outfit had a skirt-like felt sticking out of her belt just like pink. This outfit was exclusive to Power Rangers. 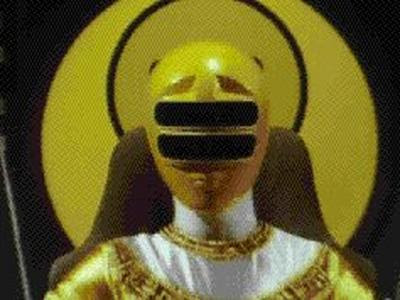 Oh Yellow (Ohranger, 1995) / Zeo Ranger II (Zeo, 1996)
In Ohranger, she and Pink had a skirt with gold trim, same color throughout. In Zeo, she was the first female Yellow Ranger to have a skirt.

Yellow Racer (Carranger, 1996) / Yellow Turbo Ranger (Turbo, 1997)
Both had skirt with no trim, same ranger-color throughout. 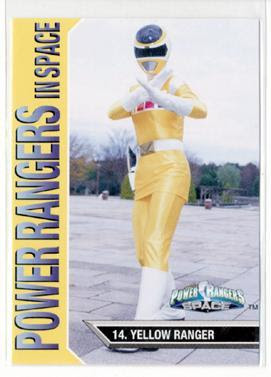 Mega Yellow (Megaranger, 1997) / Yellow Space Ranger (In Space, 1998)
Both had skirt with no trim, same ranger-color throughout. 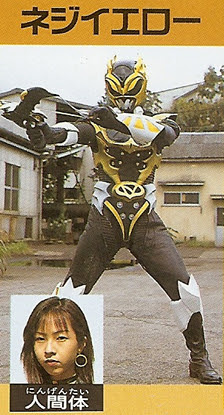 Yellow Galaxy Ranger (Lost Galaxy, 1999)
Just like MMPR Yellow before her, her Sentai counterpart was male so hence no skirt. 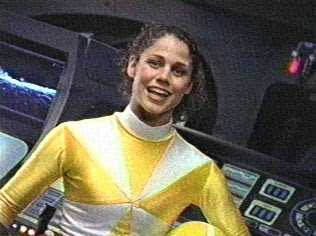 Yellow Lightspeed Ranger (PRLR, 2000)
Third Male Yellow Ranger from Sentai to be gender-changed, no skirt. For Mcdonalds, she got a skirt in the toy and promotional illustration. 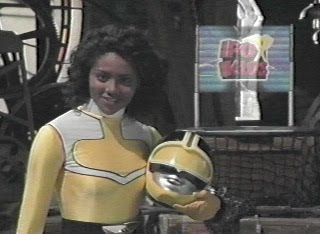 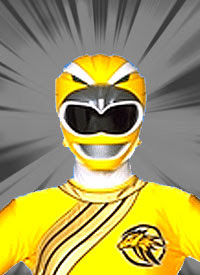 Yellow Ranger (Wild Force, 2002)
Fifth and last to be gender changed from male to female, no skirt. 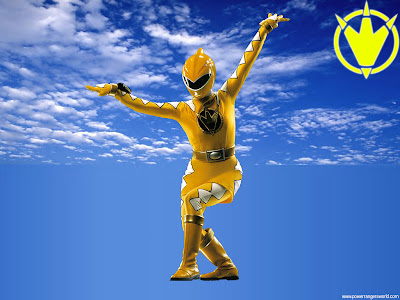 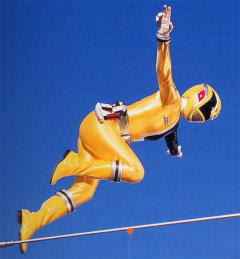 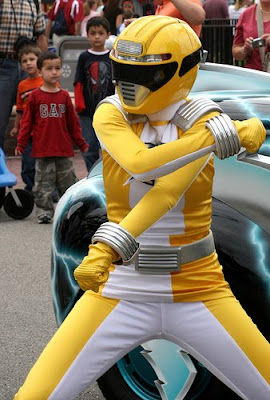 Bouken Yellow (Boukenger, 2006) / Yellow Ranger (PROO, 2007)
Same as the others, white and ranger-color, she had a skirt with no trim. In Disney World, she had a meet and greet character. She is the third and last female Ranger to do regular meets and greets. 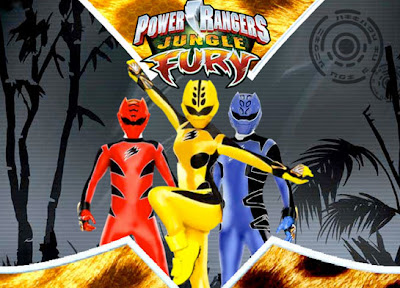 Geki Yellow (Gekiranger, 2007) / Cheetah Ranger (Jungle Fury, 2008)
She had a skirt with a split on the side. Each Ranger had different patterns. 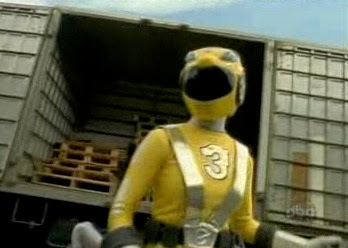 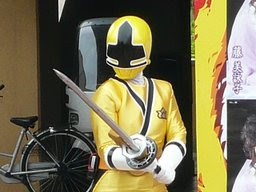 Shinken Yellow (Shinkenger, 2009) / Yellow Ranger (Samurai, 2011)
She had a skirt with no trim, black designs on top and black legs, just like Pink and Red. 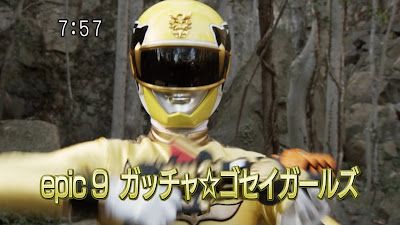 Gosei Yellow (Goseiger, 2010)
All her teammates had white legs, she was no exception, she has a white skirt with yellow trim.
Keep going... there's more!
Related: http://henshingrid.blogspot.com/2009/08/male-yellow-rangers-and-female-blue.html
Posted by Lavender Ranger at 3:00 PM