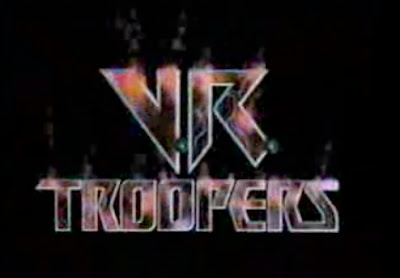 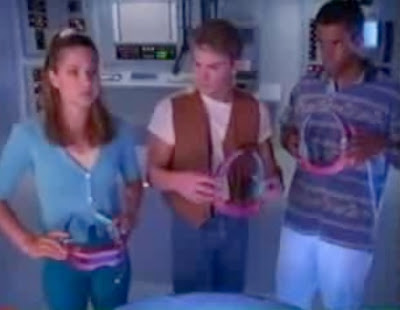 In the 1994 Power Rangers Fan Club video, there was a preview for VR Troopers and it was at the end of the inital video. You can find it online, I just don't want to embed it because it might disappear. Anyhoo, this is the first thing I saw myself of VR Troopers as I got the video. With the fanclub stuff, came a mini poster of VR Troopers (Pictured below). But I think my parents threw it away. In this video, we have the majority of what ended up on the show except for the logo above. I am glad they changed the logo, the one above looks a bit unreadable. 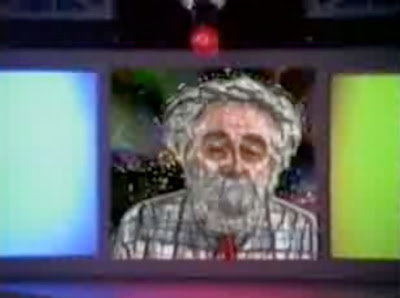 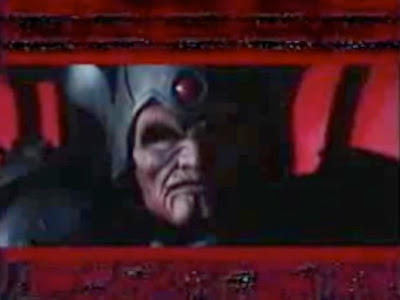 Professor Hart was a white man that looked like Einstein and looked Computer Generated but he was not. it was a live actor that was treated to look computerized. I was surprised when the show premiered to see Professor Hart changed to a black man. I think they did it for diversity. It was pretty good I think they changed it, because kids can't always think scientists are old white men like Einstein. In the preview, the red heading edges used when Alpha 5 looked at people in PR was used when the three heroes put on virtual visors. This was changed in the final first episode. 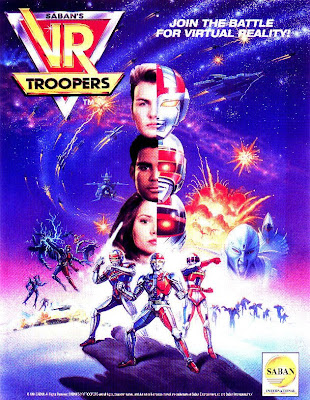 Posted by Lavender Ranger at 8:44 PM