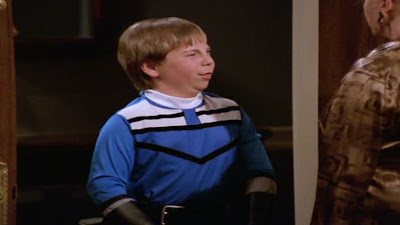 A child (Steven Anthony Lawrence, Beans from Disney Channel's "Even Stevens" in which started Shia LeBeuf's career) in a Halloween episode of Frasier (Season 10 Episode 5 "Tales from the Crypt") who was dressed as a mock blue Time Force Ranger without the mask, I have attached the screen grabs. This is thanks to the Doctor (Michael). 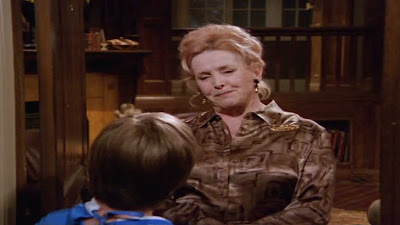 This is not first show that Steven Lawrence was in the Halloween episode. He was also in a Buffy the Vampire Slayer Halloween episode in Season Six. If you are not familar with Fraiser, the woman above is Fraiser's father's caretaker Daphne Moon's mother. 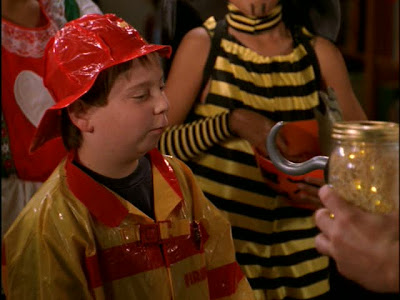 Posted by Lavender Ranger at 5:07 PM

My mom's obsessed with Frasier.

I'm just glad I could help =)
I had forgotten that he was in the Buffy Halloween episode, I should have remembered since I just rewatched the series lol