UPDATED 12/15/13 7:30 PM EST
There is a tradition to have Christmas Cake, which is a sponge cake, frosted with whipped cream and decorated with strawberries, traditionally eaten on Christmas Eve. Even though Japan is a Buddhist country, Christmas has no religious meaning. They imported only the fun parts. Christmas in Japan has also developed into a romantic holiday for couples. Here is a look at the Super Sentai Christmas Cakes, that come in boxes. 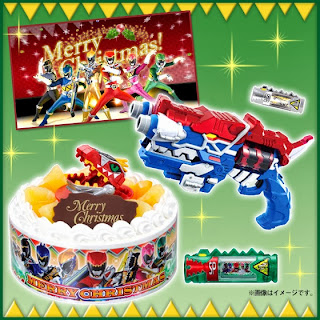 Comes with Beast Battery and a henshin device. Six Kyoryuger on it. 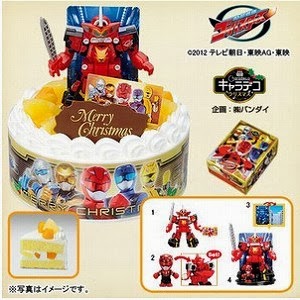 Go-Busters
Came with the robo and Red Buster. The five Go-Busters on it. 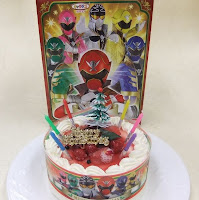 Gokaiger
Three different cakes! One with Machafalcon and comes with Mobirates and Gokai Red Ranger Key and another with candles and tree. 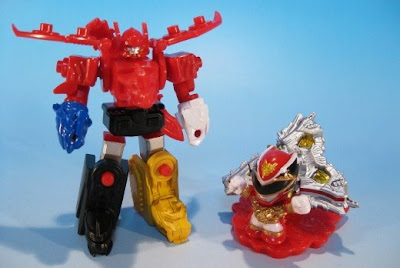 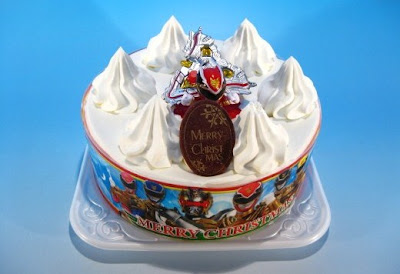 Goseiger
This year, the cake has a label with the Super Goseiger and Gosei Knight, the cake itself has four frozting decorations, Super GoseiRed with that ship thingy and a simple version of Gosei Great. 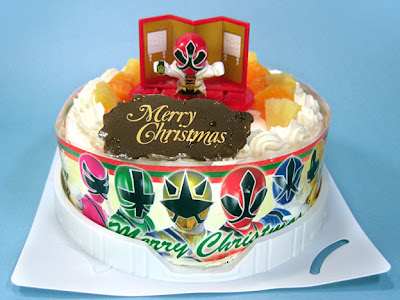 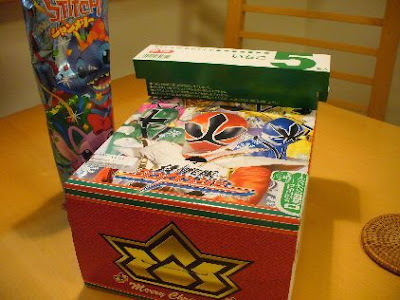 Shinkenger
Super Shinken Red came with his cockpit stage on top of a cake with fruit and the label with all six Shinkenger in a Shinkenger box. 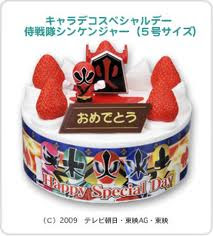 Here is another version with regular ShinkenRed with his Shishi Origami. 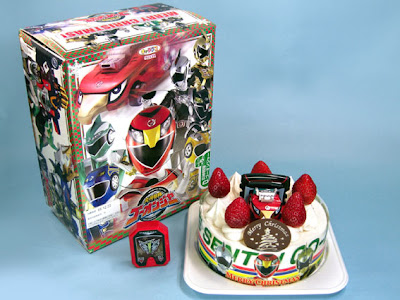 Go-Onger
Came with five strawberries, frosting decorations, with all seven Go-Onger on the label around and Speedor on top. Also Engine Cast came with it. 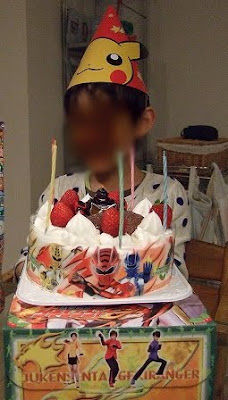 Gekiranger
GekiFire came on top of the cake with Strawberries and decorations. The Super Gekiranger and Gekibeasts were on the label around the cake. The box had the actors on it as well. 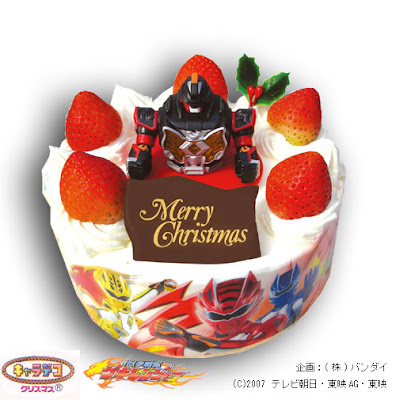 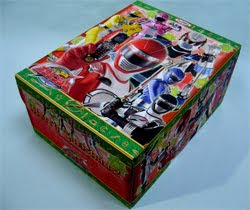 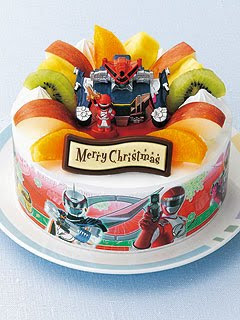 Boukenger
The cake had A piece of DaiVoyager with Bouken Red with fruits (oranges, apples, kiwis, etc.) on the cake. The Boukenger were ont he label, Red and Silver in front and the others at back. 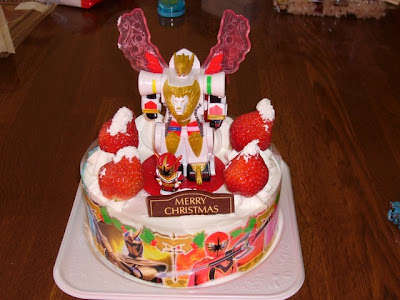 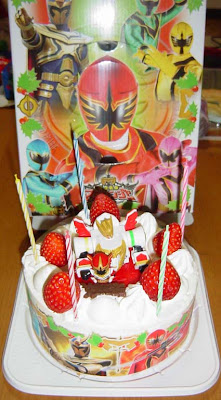 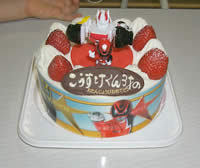 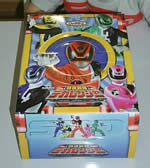 Dekaranger
Only picture I could find, the cake had the top of DekarangerRobo, DekaRed, strawberries and decorations. The label, I assume had the five Dekaranger, I am not sure about DekaBreak or DekaMaster. Evident from the box, it was only the five Rangers.

Abaranger
Only picture I could find, it had Abared and Abarenoh on the cake with the three Abaranger on the label.

That is as far as I could go in finding pictures, couldn't find any older ones.
Posted by Lavender Ranger at 1:40 PM