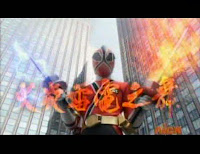 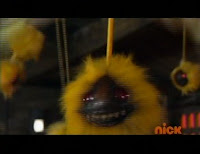 Master Xandred goes after Jayden and so do the Moogers. Everyone discovers that Jayden's family has the sealing symbol to seal Master X forever, but his father didn't do it right and no one ever had a strong enough one. The four Rangers want to protect him, but he is not for it, he doesn't want them to bare that burden, he tells them to protect themselves. Not even the octo-whatever bad dude thinks Jayden is strong enough to do the seal. 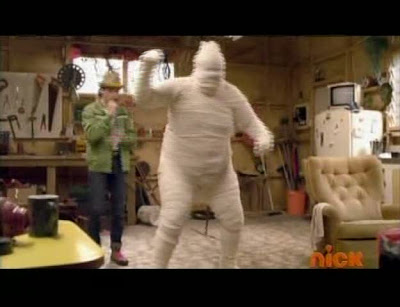 Bulk gets bit by a bug and says he was injured. He is wrapped up with bandages by Spike like a mummy (because he got distracted thinking about the Pink Ranger), but looks like the Michelin Man. 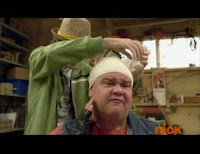 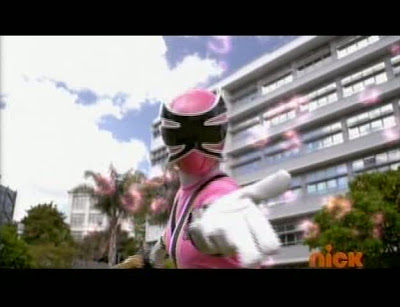 The Nighlok send a new one, with a Scottish accent and is feared by others, to stop Jayden. The five run to him, Jayden wants to fight him, and ensues the usual fire explosions fans hate from the past few seasons. The four didn't want him to fight and afaird he didn't listen to them. They fight Moogers as Deker looks on. Close caption has the word 'Jason' instead of Jayden when Pink says they need to help Jayden after we see Deker. Interesting. Blue and Yellow fight and they get hurt. Pink and Green fight Deker and fall. Then Jayden fights the Nighlok and Deker. It is then a stand off between the three and the Nighlok Rabtish leaves because he is dried out. Red asks Deker why he helped him, he explains he wants to fight him with his sword. 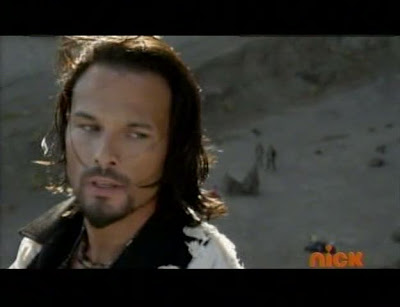 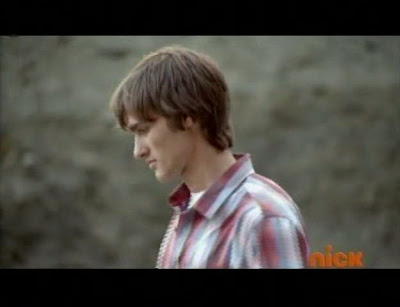 Mike advises Jayden not to fight him but he does and gets hurt. Deker wants him at his peak, he is too tired now so Deker tells Red to leave. Deker changes to human and says he will leave him and they will duel. Mike asks Mia if he is 'that weird dude' from the Tiger episode ("I got a Spell on Blue"). Mike asks if he is Nighlok. He is Deker, nothing more, nothing less. Mike and Mia come to Emily and Kevin's aid. That night, they are in beds, getting better being looked after by Mike and Mia. Jayden has a bag and jacket and leaves the house. Jii asks for Jayden, no one knows where he is. Jayden hears his call, he says he must do it his way. 'To be continued' appears on the screen. 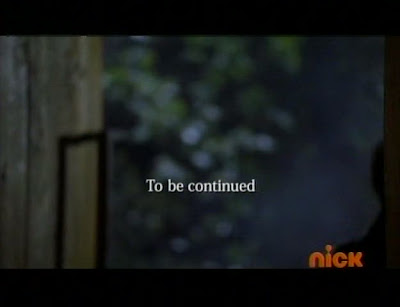 Review:
Not bad. The monster was not annoying, his voice was more interesting, gave the character more spice did the Japanese version, who found boring. This episode gave the series more explanation and established what Shinkenger is about---the four vassals protecting the Shiba clan head. But here it is just because Jayden has the sealing character. They did say he is of the Shiba famiy, spelled Sheeba in the closed caption, we have yet to hear his last name.
Posted by Lavender Ranger at 12:16 PM

Wo, that was quite fast! It hasn't been five minutes since the episode ended!

Yeah, I write it as it airs and then make a few caps after it airs and i convert the dvd.

You didn't miss Bulk getting injured. It was just a bug bite.

Closed captions often spell stuff wrong, so ignore that. If they stick to Shinkenger's story,Jayden's last name would actually be Shiba... I guess he had a Japanese Mom and white Dad or something.

I'm surprised that the monster didn't say "there can only be one!"