Phantom Ranger based on a Charlie Sheen's movie?

Could Toei have gotten inspired by Charlie Sheen's old movie "The Wraith" for VRV Master? 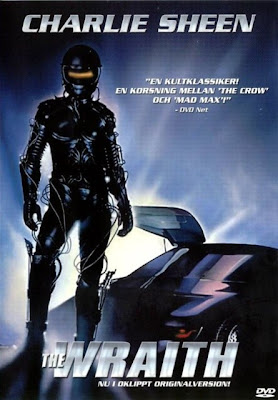 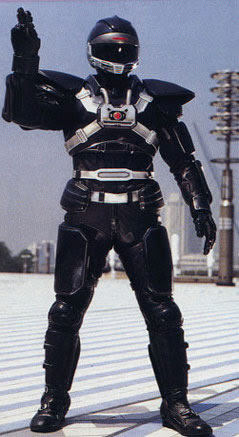 VRV Master was a minor character that later became the Phantom Ranger in Power Rangers Turbo. The Wraith is a 1986 action/science fiction film, directed and written by Mike Marvin. The film was influenced by true events, in which a teen involved with illegal street racing caused four deaths in Arizona, filmed in Tucson. Packard Walsh and his motorized gang control and terrorize an Arizona desert town where they force drivers to drag-race so they can 'win' their vehicles. After Walsh beats the decent teenager Jamie Hankins to death after finding him with his girlfriend, a mysterious power creates Jake Kesey (Sheen), an extremely cool motor-biker who has a car which is invincible. Hmm.. cars? Carranger. Oh well, the suits are sort of similar. Might just be a coincidence.

Posted by Lavender Ranger at 8:59 PM

Wow... and that movie was American. They should make more movies with epic armor.