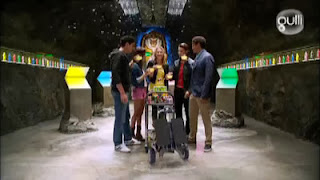 Summary:
The Rangers celebrate their victory and review villains they faced (Bluefur, Creepox, etc). Noah thanks Robo Knight. Jake plays around with Tensou. Troy looks at the keys again. Noah worries about Metal Alice, everyone else brushes it off. Noah shakes his head. Metal Alice goes through the wreckage and finds Vrak is still alive. Troy thinks back to his dream. Gia talks to him. He feels things have been unresolved. Gia keeps it simple as always. "You are so used to fighting, you don't know when to let go." Metal Alice fixes something that views her. Whatever is looking at her, analyzes her. Gia and Troy try to get Troy to join the trouble. Tensou detects trouble. 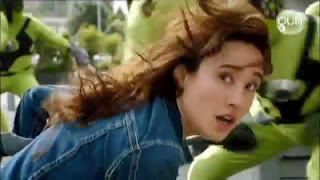 They run out and stop at Loogies in the city. The Rangers fight the Loogies without morphing. They wonder who sent the Loogies. Troy wants to finish them off, they morph. Robo Knight tells the Loogies to drop weapons and blasts them. The Rangers regroup where RK is and are saved by RK. Jake asks if Loogies were the last. Metal Alice arrives and tells them she has been waiting. RK tells her she has no purpose. She introduces Vrak as a cyborg. The Rangers freak out, some think Metal Alice has made a mistake, a monstrosity. 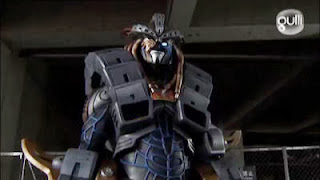 Metal Alice gives a sob story about her saving Vrak. Robo Knight thinks Vrak's mind is clouded. Vrak blasts them out. Vrak sounds more robotic and just keeps repeating "Destroy." Metal Alice says she eliminated his humanity. Troy activates his Ultra Mode and fights Vrak. Vrak beats up Troy. They both attack with their attacks. The other Rangers go Ultra Mode. Robo Knight does his Vulcan Cannon attack with their Dynamic Strike. Troy strikes them, Vrak falls to his knees. Vrak blasts them down, the Rangers de-morph. RK comes to their aid. Metal Alice and Vrak are above, she says that she won't let him be defeated. 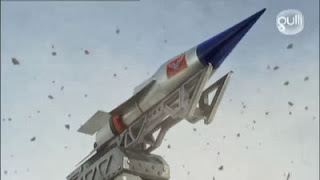 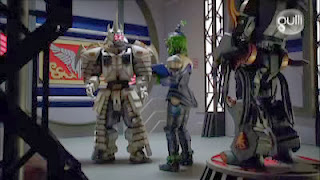 Back at the Aquabase, Vrak is going through trouble. A special android comes and asks what happened to Vrak. Metal Alice has to upgrade him. The Messenger asks if they will be ready as the armada comes. Vrak is now upgraded and thinks clearer, he wants to defeat the Rangers before the armada comes. The Rangers run to the warehouse and see the three, MA, Vrak and the messenger. Troy fights the Messenger. RK fights MA. The others fight Vrak. Troy is knock down and keeps asking questions but keeps getting vague answers. Vrak protects Metal Alice from RK. 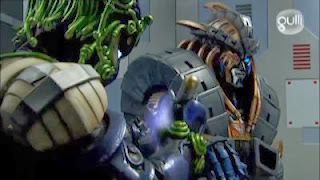 Troy charges at the Messenger as he is about to walk away and he blasts at him. Troy emerges from the fire and knocks the Messenger down. A big explosion occurs, they jump out undamaged. The Rangers are not Ultra anymore. Vrak works on things at the lab, saying he has to do it before the Prince arrives. Metal Alice thanks Vrak for protecting her. He says they will pay, she agrees. Later, Messenger asks Metal Alice is confidant Vrak can destroy the Rnagers. He is shown videos of himself and he starts remembering. He considers the Rangers pests to be exterminated. 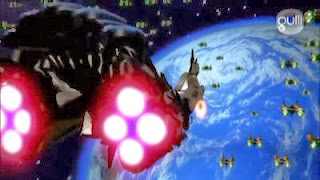 The Rangers try fighting Vrak with no luck. Vrak blasts energy everywhere, Troy is thrown down. Emma asks how he survived that, Vrak says he decided to keep them all alive to witness the end of their world. Back again at the base, Messenger tells Vrak the armada will here soon. He reports to them, saying the restistance has been stopped. We see huge ships heading to Earth. 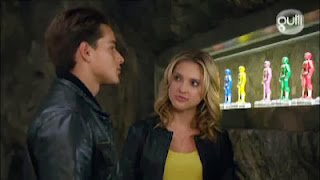 Review:
We are treated to a mini clipshow and I don't get this review stuff with clips because it is so dumb, there is only 22 episodes, why review it? Anyway, there is so much going on in this episode and no zords. It is like 3 Goseiger episodes squeezed into one with a little bit of Gokaiger footage. It was okay but going back and forth from Rangers to Vrak to Rangers to Vrak is a little exhausting with nothing to bounce off from like Bulk and Skull or even Ernie. Tensou can't do all the heavy lifting with his annoying voice. I mean, the ep serves a purpose and it is bridge to the next episode. It would had been nice to have had Metal Alice a little longer in the season. And like I said last time, would had been nice to have Metal Alice in the last ep. And all the flashbacks were unnecessary.

Posted by Lavender Ranger at 4:30 PM

Well, that's what happens when you make a deal with a network that orders 20 episodes for each season of almost every show on there. Every Sentai show has at least 40+-50+ episodes (Goranger had 84), while every PR season in recent years has had 20 or 32 episodes, and since Saban, Viacom, and Bandai have renewed their partnership for the next 3 years, this whole "cramming everything in just 20 episodes" thing will continue.