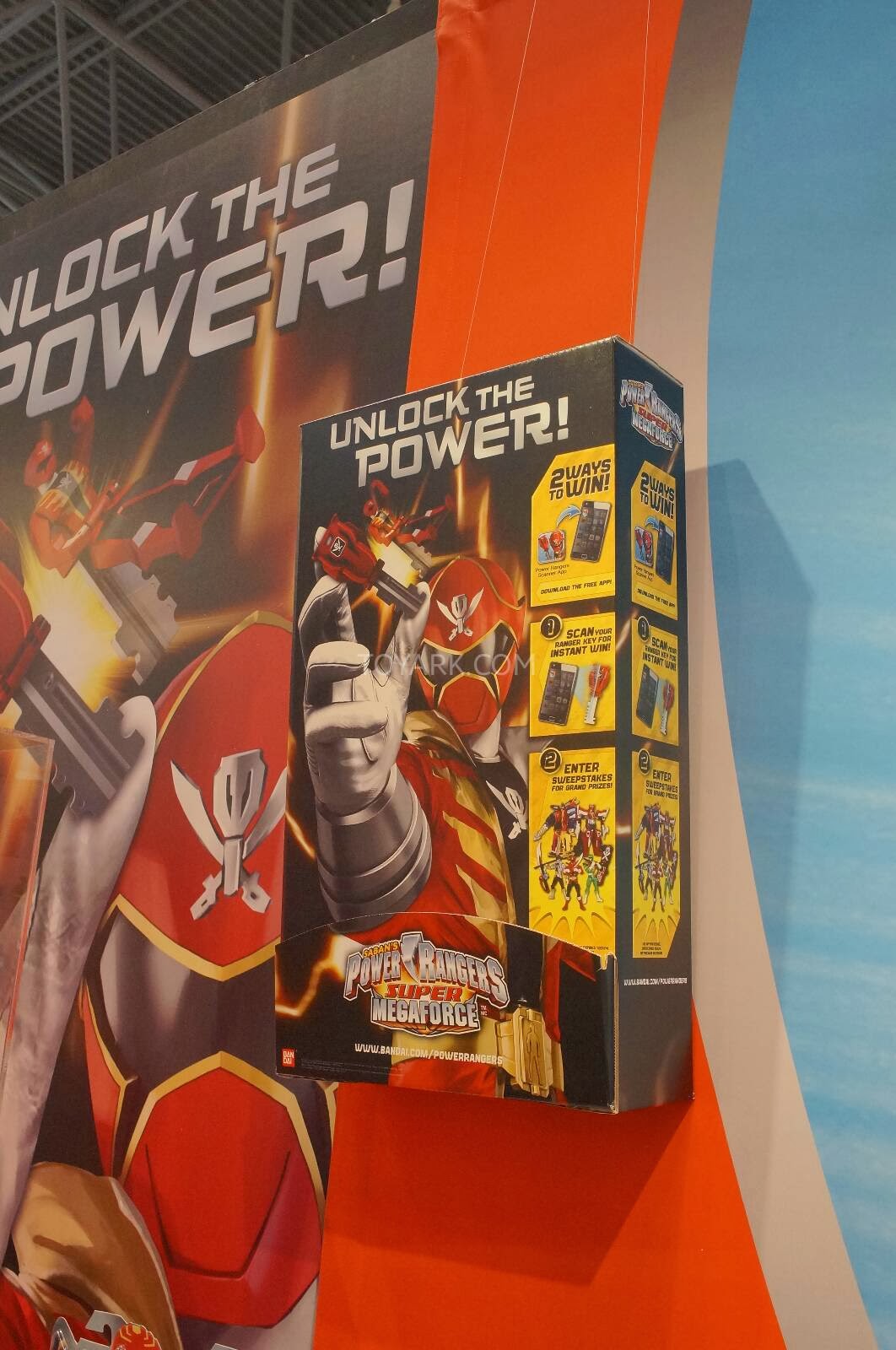 Fury Diamond who went to the New York Toy Fair says the Bandai Rep told him that there will only be 60 keys. TokuNation also reports they were told 60. There is 14 Multipacks out there with 3 keys each, making 42 keys, with Red Aquitar and Lauren makes 46. With the upcoming Super Megaforce #2 pack with Red, Pink and Yellow makes 48 unique keys and Razzle calculated 7 more Multipacks making 69. Which doesn't make sense. Fury Diamond says the Bandai Rep says they only made 3 per pack forthe ones who represented the season better and there will be NO BLIND PACKS but Single bags that you can see what key you are going to get. But there won't be any new ones, just repeats of the old ones which makes no freaking sense. FD says what is the point of that? I agree.

The Ranger Key app has 166 Rangers, it should be 122 including Titanium Ranger and the Extra Heroes. Why even draw those Ranger Keys and put them there? Why even draw Ninjor? It makes no sense to me! I am really mad. Some people say they would expect this from Bandai America and they suck. Bandai told TokuNation that how they communicate with fans is through Power Force but most PF members and I responded that they must have the definition of 'communication' incorrect because it is a two-way thing. We haven't heard a thing from them. I am so disappoint and want to cry. At least Bandai Japan gave us complete sets. Supposedly we will get more keys at conventions but not everyone can afford to go to conventions.

Larry Koopa of Rangerboard has posted this from a catalog: 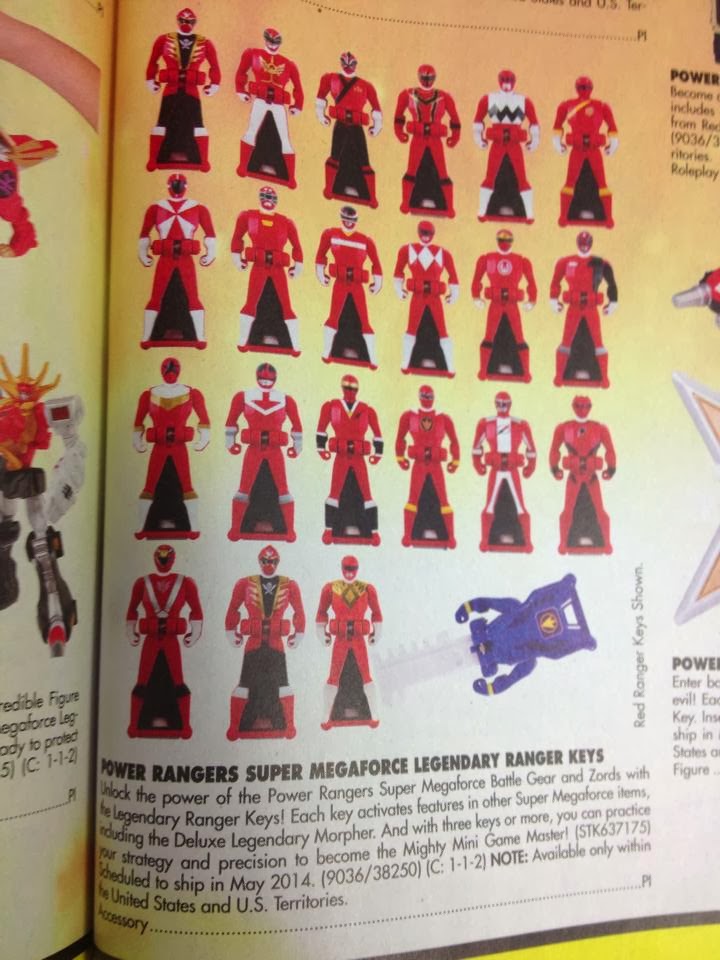 It shows all the Red Rangers including an exclusive Mighty Morphin Key with Dragon Shield. Also the previously unseen Jungle Fury Red, and yet unreleased Dino Thunder, Operation Overdrive and RPM Keys (which we have seen at NYCC and SDCC). Also he says the Silver Super Megaforce Key was spotted with the Silver Legendary Morpher and the Silver Ranger Hero Set.
So far as of 7/10 this looks like how many unique Ranger Keys there will be available for purchase (at stores and conventions), for more details check:
http://henshingrid.blogspot.com/p/super-megaforce-ranger-keys-list.html

Posted by Lavender Ranger at 9:57 PM

Maybe they mean only 60 unique molds of keys?

This from a Diamond Comics catalog proves we'll at least get the main male rangers from each team.

But the female and 6th Rangers are being left out in the cold.

Why would they even bother with all the artwork and making prototype molds of all of the ranger keys if they wouldnt give us all the keys? It makes no since. Basically, "Hey everyone, here are all the ranger keys in the display, but you are only getting 3 of each season because we feel that they represent the season best."