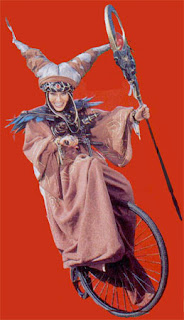 Rita's Bicycle
Bandora in Zyuranger had a bike and it was carried on to Power Rangers but only in the first season. Baboo rode it once because of the footage. After they exhausted Zyuranger footage, Rita no longer rode it. 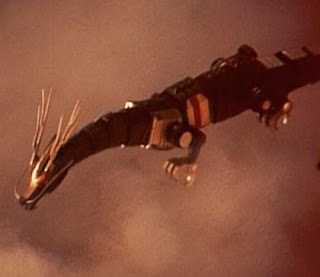 Lord Zedd's Serpentera (MMPR
In Dairanger, it was a god angry at the Dairanger and Gorma that they were causing such a racket so it intervened. In Power Rangers, it became Zedd's zord that would use a lot of energy source. It was later used to transport Zedd and his gang. Ultimately he remained buried on the Moon until it was destroyed by a small heavenly flying motorcycle. 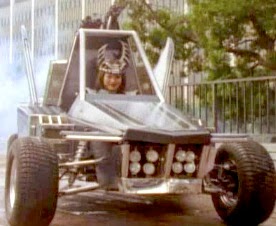 Vypra's Vyprari (Lightspeed)
Modeled after the Silver Space Ranger's Galactic Rover, Vypra got this vehicle mostly to introduce the Lightspeed cycles and was used sparingly later on. 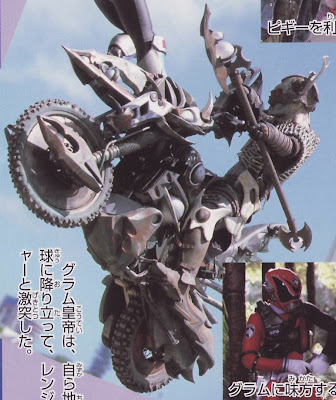 Emperor Grumm's Bike (SPD)
Grumm's bike was remolded from one of the Tsnuami Cycles of Ninja Storm.

Didn't Rito and Goldar have motorcycles when the rangers had Shark cycles in season 3? Don't know if there was anything special about them?