Pictures thanks to Megaforcecast.com and Ranger Crew Blog 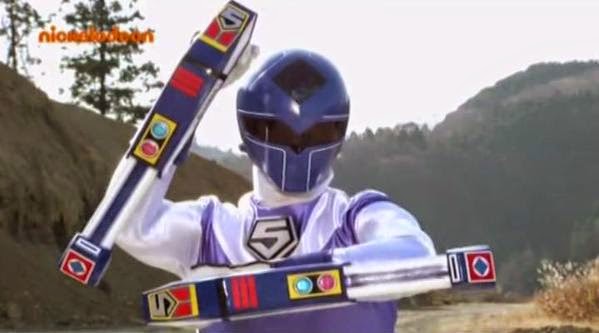 Episode Summary:
Ernie bids farewell to Orion, retires his apron and cries. Emma arrives and they walk out. Orion says Earth is a happy place, all he could think was revenge. Emma is sad. Orion says not to be sad he has to say goodbye, be happy they met. They hug. Noah admires the Armada space ship, Orion and Emma arrive, meeting up with the others. Orion says the Armada is decimated so he's going home. Gia has a bag of snacks and mementos from them. Emma gives him pink flowers. Orion says Noah taught him to use his mind, Gia showed him to be tough and caring, Jake can find humor in tough times ("That's why everyone loves me... except for some stubborn people.") and Emma's empathy healed his scars of losing his home. Finally, Troy showed him how to be a Ranger. (Meh) And he gives him his bracelets. (Sixth Rangers keep giving Troy stuff) Emma kisses Orion's cheek. 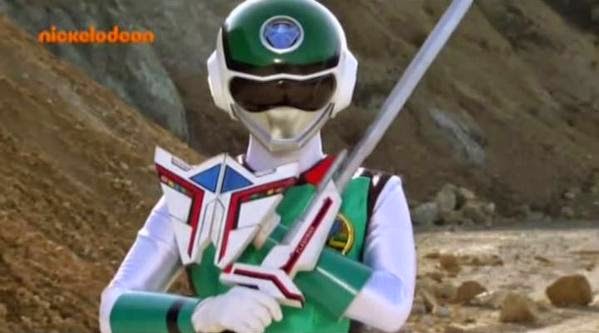 Orion leaves the planet. Tensou tries to contact Orion but ends up with a transmission from Mavro calling all the ships for a 'real invasion.' The Rangers are called and they rush to the Command Center. The Rangers hear the transmission and Troy recognizes it. Gosei explains he is the dad of Vrak and Vekor and could be hundreds of thousands of ships. Troy says they are over a hundred fighting for Earth (100 vs. 1,000?). Meanwhile, Levira congrats Mavro, one of his cronies says she failed, that she was one of the three bumblers that failed to protect Vekar. Mavro sends her down. The Rangers are on the Sky Ship when Levira arrives in her new Megazord. 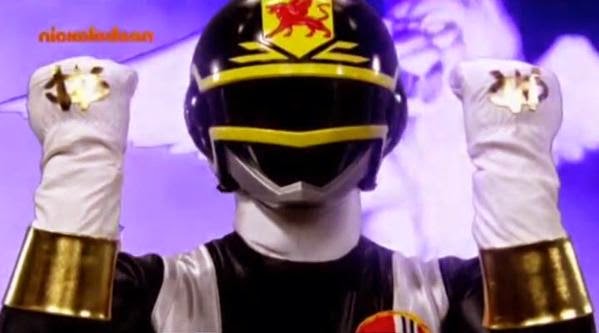 They change to the Megazord and fight her. Ninja Zords attack and she blocks them with a shield. They use a Changeman attack (unnamed) against her and destroy the shield. They then call the Fire Smasher and do the Samurai Strike. The Megazord is destroyed and she falls out. They jump out to fight her. Royal Guards arrive. Troy goes to Mighty Morphin Red (replacing Sun Vulcan VulEagle), Jake goes to Blitz Mode Black (Changeman's Change Gryphon), Emma goes to Prism Mode Green (Flashman's Green Flash), Noah goes to Lighting Mode Blue (Maskman's Mask Blue) and Gia goes to Supersonic Mode Yellow (Fiveman's Five Yellow). They call their weapons: Prism Shooter, Blitz Blaster, Supersonic Flute and Lightning Rod and Power Sword. 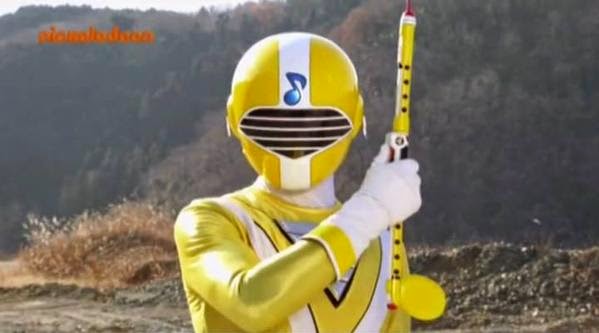 Red fights Levira. The others fight the Royal Guards. They like the new powers. Jake does a Gryphon Magma Galaxy attack. They take down the guards. They go back to Super Mega Mode and use the Super Mega Cannon and destroy Levira. This was Mavro's plan to eat up time and the Armada arrives and blasts at the Rangers. They de-morph, millions of ships arrive, scaring people out of their houses and schools. Mr. Burley is called out of the school as well. Mavro's lackey laughs. Mavro speaks to the Rangers, saying they can't stand against them. Gosei tells them to stay strong. The Rangers morph and say they won't surrender. 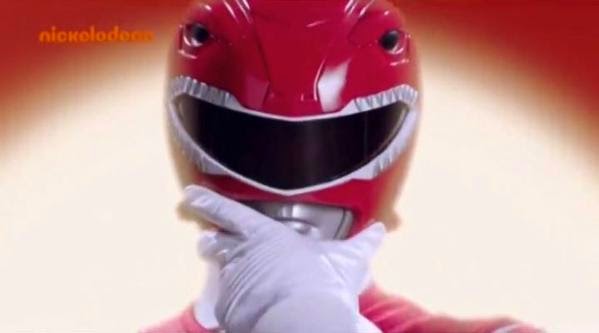 They call the Megazords including Q-Rex and fight the ships. Gia takes out the SPD keys and they call the SPD patrol zord. They call the Wild Force Lion and Ninja Zord. Gia calls the Megaforce Zords (Mecha Zords) and Jake calls the Jungle Fury Animal Spirits. Emma calls the Turbo Falcon that helps. They call forth the Mystic Force Dragon and form the Mystic Force Legendary Megazord. Noah auto-pilots the Q-Rex Megazord to fly with In Space's Mega Winger wings (not named). They destroy many ships. Mystic Dragon joins the fight. Troy does a Fire Sword Strike attack (which I forget which Pre-Zyu series it is). People applaud. Mr. Burley is hiding under his desk. 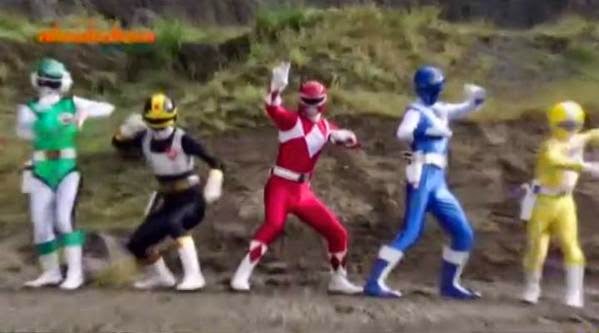 Mavro says it is impressive. Orion check the comm links and hears about the second wave from Mavro. Orion freaks out. More ships arrive, scaring people again. Mavro laughs and says to attack. Ninja Zord and Mystic Dragon go down. The other zords fall in like. Turbo Falcon goes back to another dimension. The Ranger groan as the Megazord crash lands. The Megazord is blasted at and the Rangers de-morph and land violently on debris in the city. They are all knocked unconscious. Mavro appears in the sky telling people of Earth that they won and that the Power Rangers have been destroyed. They have one last night. Tomorrow at dawn, they will return. 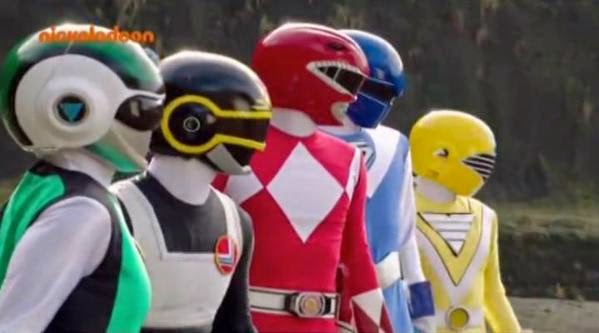 Episode Review:
If Troy recognizes Mavro's voice, why did he even let Orion leave in the first place? They should have been ready for this a little better. It is also sad that Noah didn't get to check Orion's ship like he wanted. Orion of course left so they could just be five. I already expressed my displeasure of the use of the Pre-Zyu suits here: http://henshingrid.blogspot.com/2014/09/spoilers-vrak-is-back-wrath-and.html Now everyone is complaining. it makes no sense they only reshot Red Mighty Morphin and had the pre-zyu suits in new New Zeland footage. Yes, they had the Five Yellow, Flash Green, Mask Blue and Change Gryphon suits in New Zealand in new footage. Now it makes sense why they only had Flashman, Maskman and Changeman, not Jetman and Turboranger or others. Sorry to spoil but next week the Rangers won't be becoming a lot of the missing Ranger teams they haven't become yet. We do see the real deals but ugh, can't even complete that sentence.
Pictures thanks to:
http://t.co/zXTTTiVqUc﻿