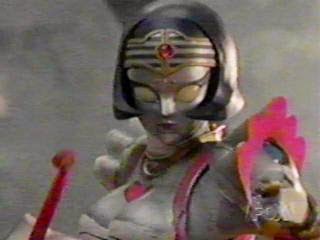 Archerina (Zeo)
She is the first villainess in Power Rangers that was full costume, not like Scorpina who was half and half.

Necrolai (Mystic Force)
She did get a human form at the end of Mystic Force but I count her as a mostly costume villainess. 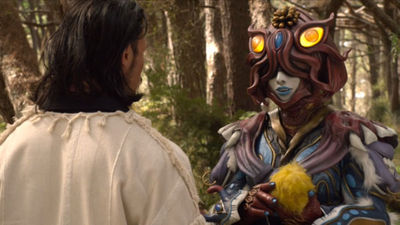 Dayu (Samurai)
She was once human and we do see her human form from time to time but I see her mostly as a costumed villain. 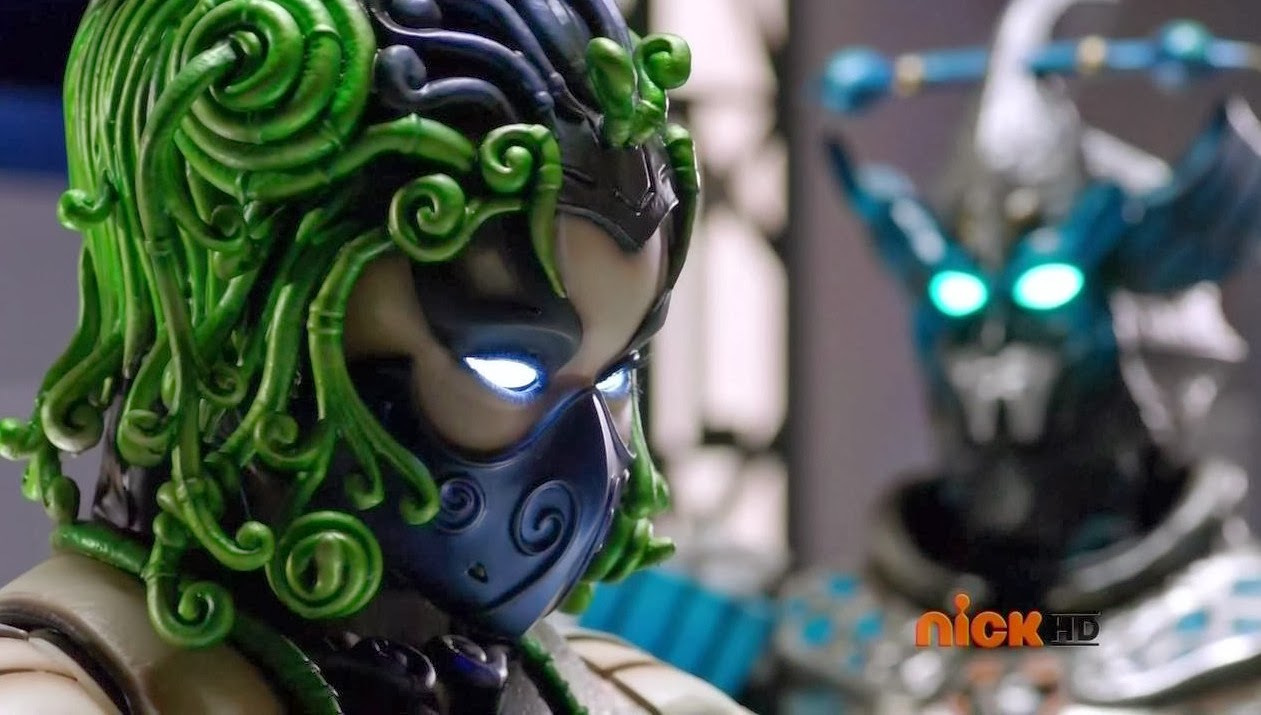 Metal Alice (Megaforce)
She had no human form like Archerina, she was all costume, she only appeared in a handful of episodes. 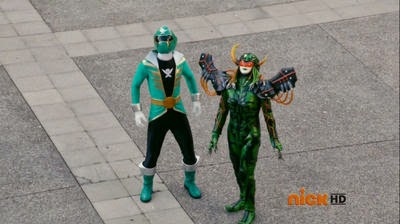 Levira (Super Megaforce)
She had no human form, she was all costume.