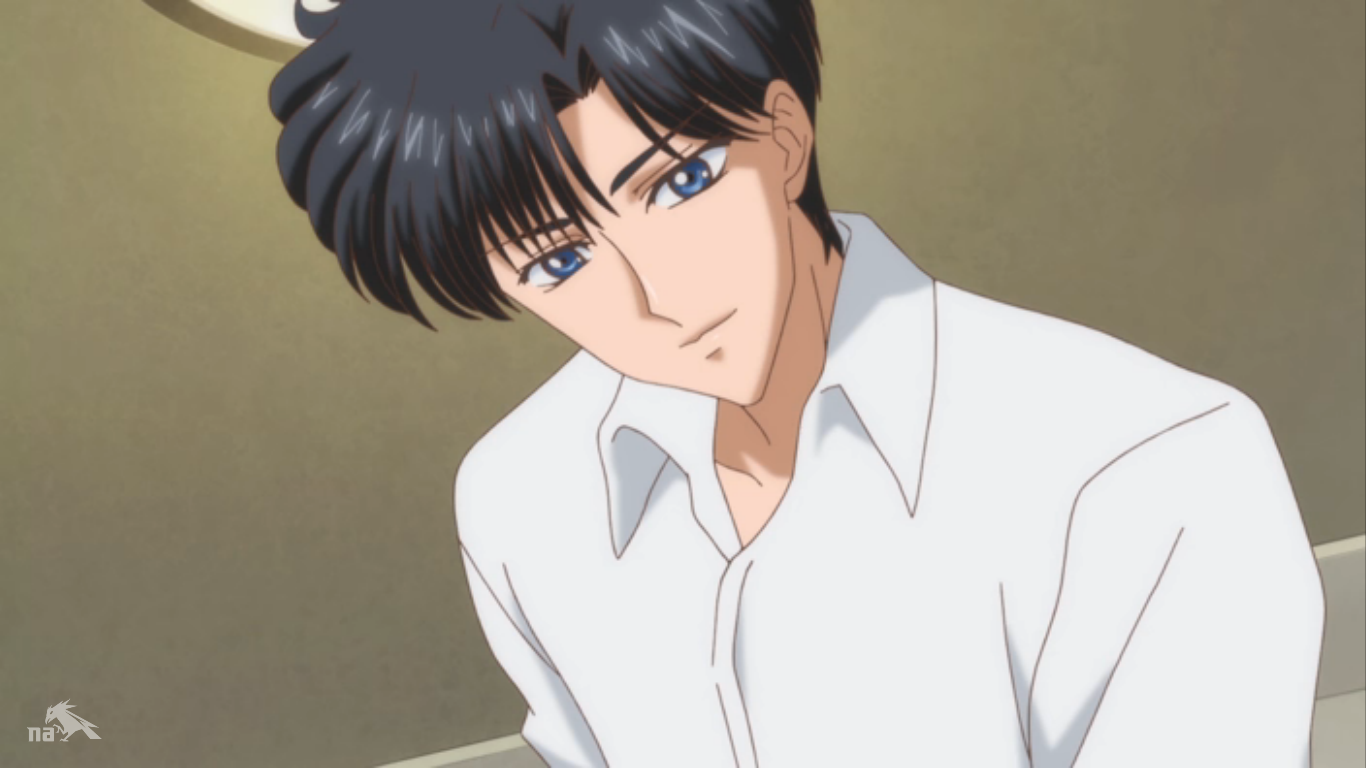 Summary:
Black Moon runs off with Mars, Moon interrogates Chibi-Usa. Luna tells her to take it easy. Usagi returns home to sulk to herself. Luna leads Mamoru to Chibi-Usa and she sleeps at his apartment. Luna says the girl is not their enemy. Chibi-Usa dreams of her mom and her dad telling them Sailor Moon is invincible. She wakes up and cries. Mamoru shows her a Tuxedo Mask puppet and she shows them her Luna P and it calls her "Small Lady." Mamoru notices her time key and thinks it is a house key. Mamoru tucks her in and she asks if Sailor Moon is strong, he says she is invincible. She asks if she will save her mom. 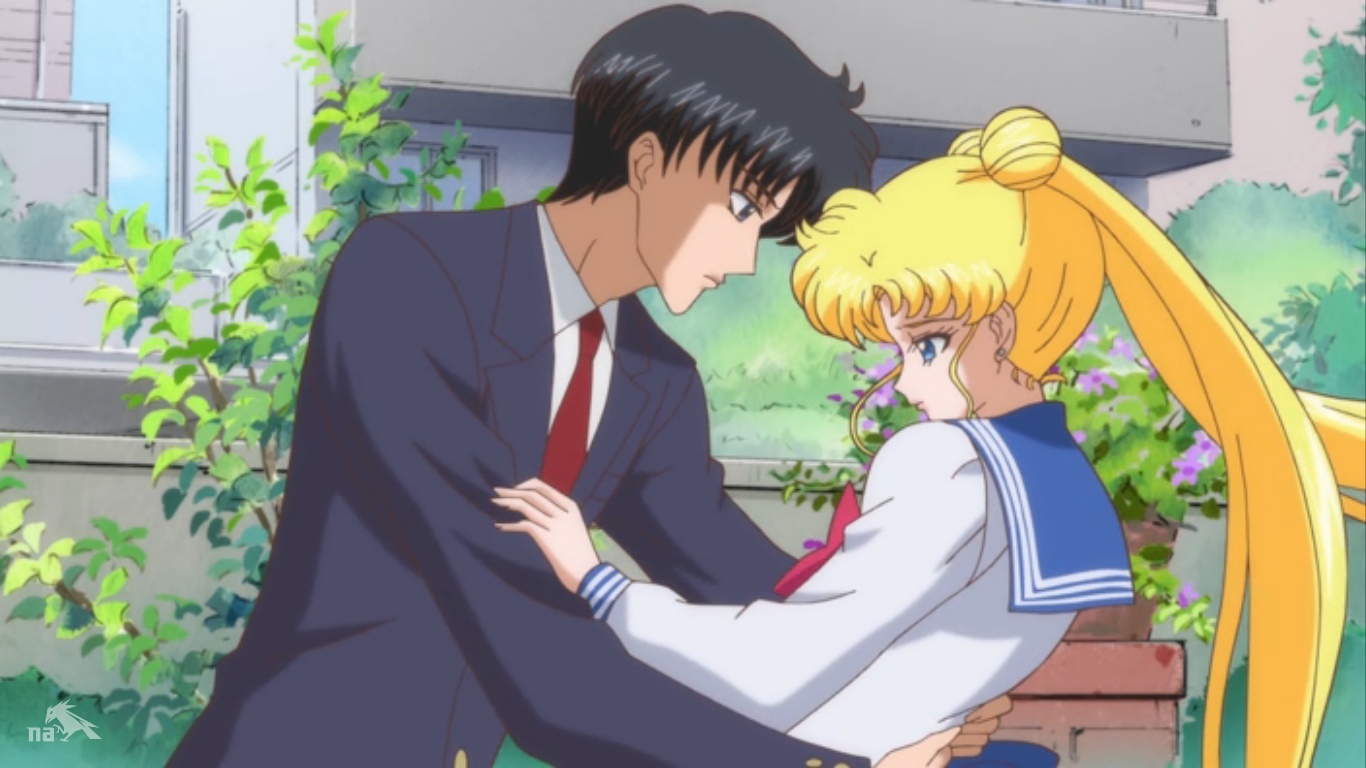 Back at the base, Luna tells the others what is up and to leave it to Mamoru. Mako wants to save Mars from Black Moon. Ami is playing Chess with some unknown player, she thinks it is the enemy. (or that the enemy is near) Back at Tskunio's house in the morning, Chibi-Usa is returned but Usagi is shocked Luna and Mamo were with her all night. Mamoru tries comforting her but she is unresponsive, talking about her own crystal. Back on Nemesis, Saphire looks at the reaction of their black crystal to the silver crystal. Prince Demande says the droids are cool. Saphir is not for kidnapping Mars. Rebeus comes in and say they sworn loyalty to the prince. Mars is locked away in a darkness chamber. They couldn't extract info from her. 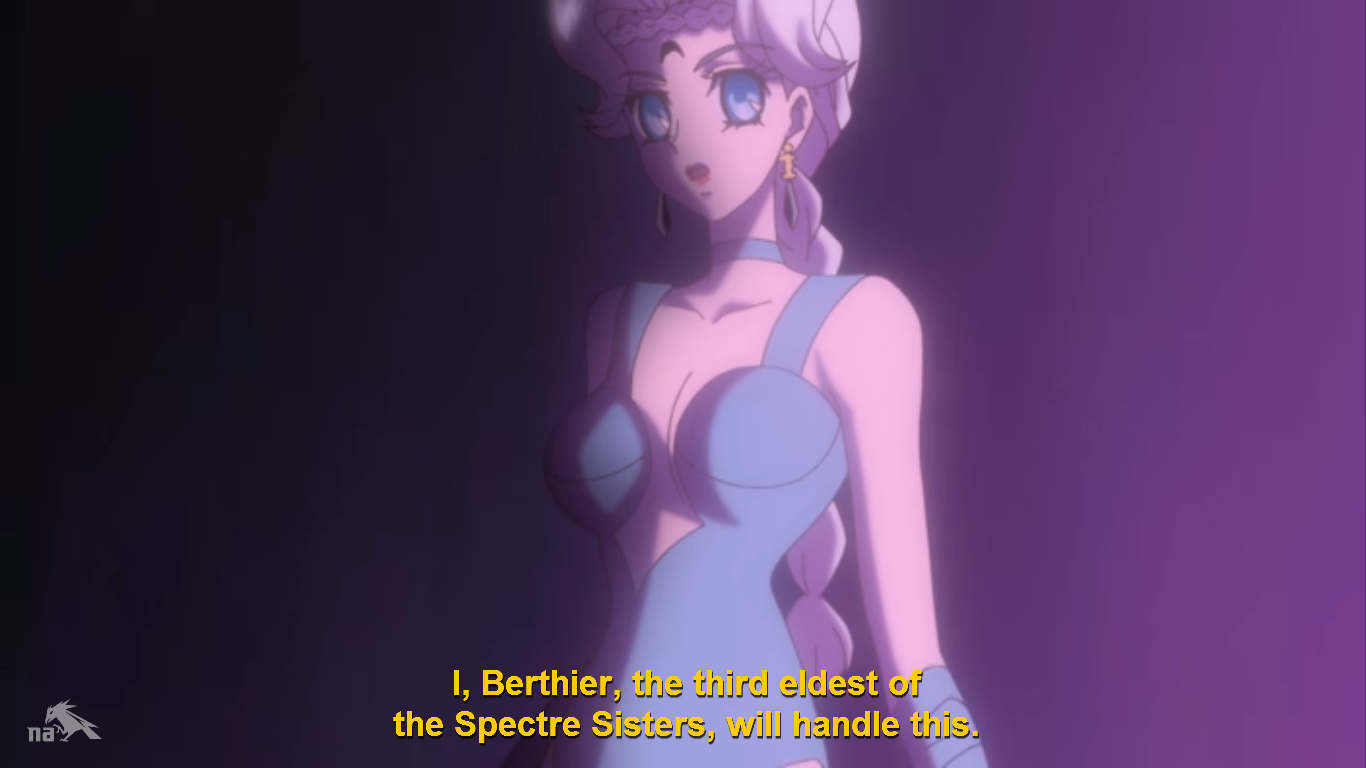 Berthier says she will attack Mercury. Ami walks in school past some jocks, wondering if something is wrong with the water pipes. She hears the water flow. She goes to see maintenance men having problems with it. Berthier arrives and says something and disappears. Ami wonders if she was the enemy. She then swims in the pool and thinks of Mars. Naru and Usagi go past her. Ami says her father is a member of the club, he is a Japanese artist. He got divorced, he thought her swim and chess. Ami notices Berthier on TV as a dowsing professional. She challenges Ami on TV. Ami is shocked. Later, they meet. Ami asks why her. Berthier says she was interested in her. She calls her Sailor Mercury. Amy's hand tightens. The crowd applauds and Mercury plays Chess. Berthier says she'll return Mars if she wins. Berthier wants "Rabbit." Ami realizes she means Chibi-Usa. 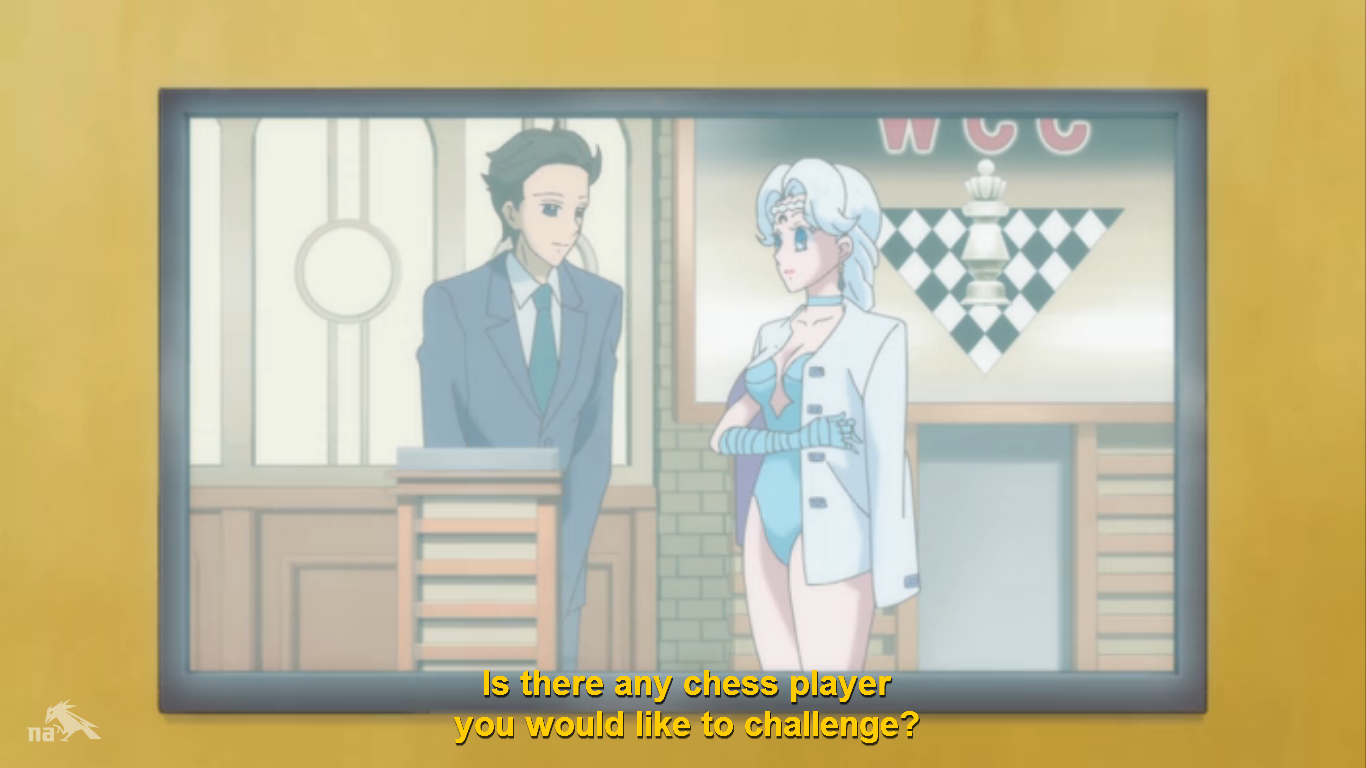 Berthier says Ami has always been alone. We see Ami's dad close the door on her when young. Berthier talks about fear and loss. Ami is lost to know what to do. A piece falls. Berthier smirks. Usagi screams her name from the crowd. Minako quiets her down. Ami is about to cry but is happy. She wipes her tears. She does a good move. Berthier gulps. Ami says she is alone but she might have to say goodbye to her precious people but there is no need to sad, their hearts are connected, the love won' fade. Ami wins. Usagi asks if she wins. Ami wants Mars back. Berthier disappears. Ami goes outside and is found by Droids and Berthier. Usagi, Mako, and Minako are attacked by Droids. Ami changes to Mercury. 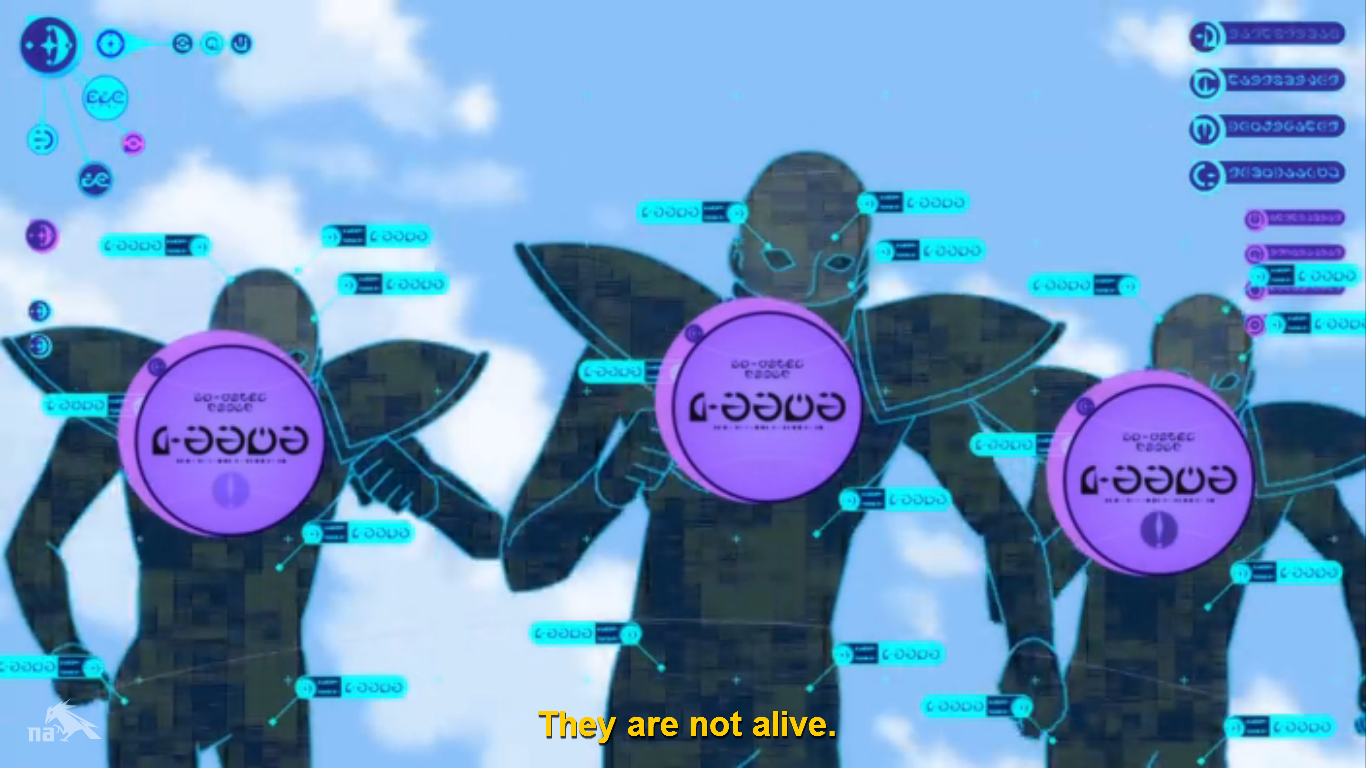 Mercury does Shine Snow Illusion on the Droids and melts them. Berthier attacks Mercury with her water-based attack, almost drowning her in a similar ball as Mars. Venus attacks and then Moon does her Moon Princess Halation, destroying Berthier. Jupiter tries freeing Mercury bur Rebeus kidnaps her too. Chibi-Usa watches this and remembers what she asked Mamo and what he said to her. 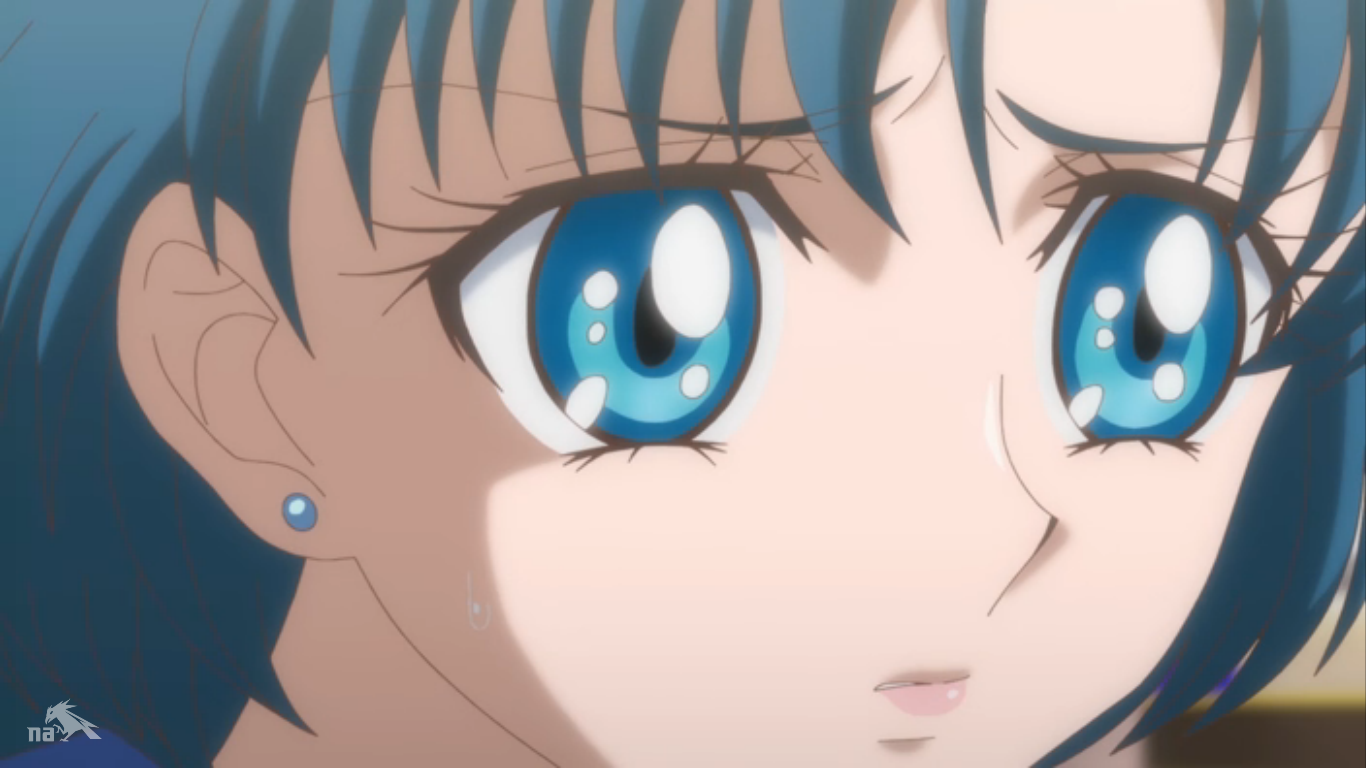 Review:
Finally, real emotion. Even though we have been here before with Mercury doing chess with Berthier, I feel more emotion now. I hadn't read the Black Moon Manga but I have seen Sailor Moon R lately and I'm surprised that the Tuxedo Mask puppet and Mercury playing chess with Berthier was in the manga. Interesting. Next episode is called "Secrets - Sailor Jupiter"
﻿
Posted by Lavender Ranger at 6:22 PM