While the Dino Charge Rangers gain the trust and prove themselves to the Energems, the Kyoryuger did so by fighting against the Zyudenryu (Zords) and proving they are 'brave.' 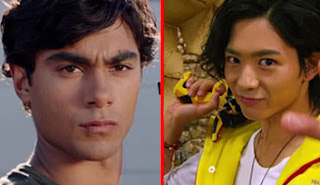 Tyler/Daigo
Daigo was close to his father like Tyler, even though Daigo traveled much more with dad as explorers. Tyler just did it for fun. Daigo took random part-time jobs while Tyler worked at the Dino Café. Tyler was prone to baby tantrums. Both are on the cheery side. Tyler and Shelby ended up together. Daigo ended up with Amy and had (great 4x) grandchildren that became KyoryuNavy and KyoryuCyan. 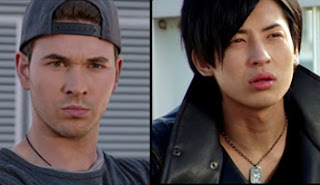 Chase/Ian
Ian and Chase are both Casanovas. Ian was an archaeologist formerly but Ian was at incident. Chase is from New Zealand, from a different country from the other main five Rangers. Ian was Japanese like the main five of Kyoryuger. In the end, it is assumed Chase returned to his girlfriend Kaylee. Ian went on to sire grandchildren that eventually became KyoryuSilver. 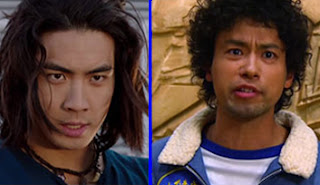 Koda/Nobuharo
These two were the most different from each other. Koda is a caveman new to our world and speaks awkwardly. Nobuharo is from modern times and a mechanic. Both are well-meaning and sweet. He has a penchant for doing oyaji gags, outdated and unfunny puns which his late brother-in-law enjoyed, and which Canderrilla earnestly finds amusing, but usually makes everyone else who hears them groan. His sister becomes KyoryuCyan. Koda ended up going back to his time. Nobuharo's great grandson became KyoryuBlue. 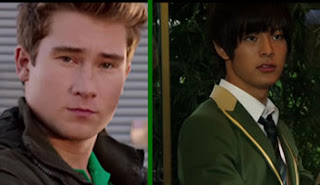 Riley/Souji
Riley is a smart farmboy that likes puzzle and cares about logic. Riley also is competitive with his brother Matt. Souji is a teenager high-school student and kenjustu Musoken. Riley and Souji are both cool-headed. Both use swords. Souji's great grandson became KyoryuGrey. 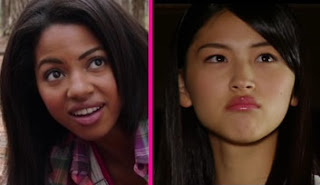 Amy/Shelby
Both are the only girl in the main five. Both are waitresses. Both are college students from rich families. Both had feelings for Red and did not want to admit it in reality. Shelby was more into dinosaurs and had to fight it with her dad. Shelby ended up with Tyler. Daigo ended up with Amy and had (great 4x) grandchildren that became KyoryuNavy and KyoryuCyan. 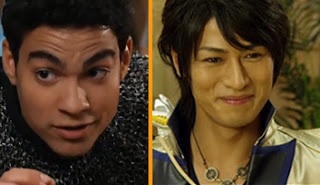 Sir Ivan/Utsusemimaru
Utsuseminmaru is a samurai from the Sengoku period in Japan. Ivan was a knight of the fictional Zandar. Zandar is actually from Utsusemimaru's attacks, having to relate with 'thunder.' Both were stuck inside of Fury/Dogold. Both are knights, but Ivan is played more for laughs. Ivan went back to his time to the Knights of Zandar and had a great grandson who was an artist. Utusemimaru's great grandson became KyoryuViolet. 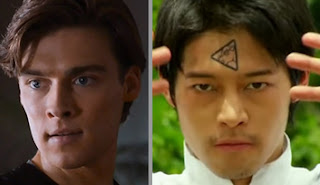 Prince Phillip/Tessai/Shinya
Tessai did not appear until after Gold joins the team, he is a focused martial artist from 6th century China who regards himself as an embodiment of the yingyang concept while causing him to be remarkably hard-headed. Shinya, his decedent took his place as KyoryuGrey. Prince Phillip technically appeared before Ivan/Gold but became the Graphite Ranger after the Gold Ranger morphed. Phillip is a pompous prince from the fictional Zandar at first but now a trusted rich ally. Phillip proved himself to the Graphite Energem by saving Chase's sister. Grey was changed to Graphite. The actor for Tessai and Shinya was BoukenSilver. 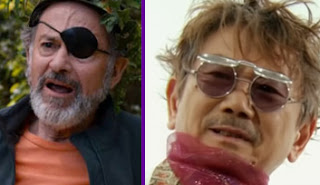 Albert/Doctor Ulshade
Doctor Ulshade is a genius scientist of the modern age who predates the main five Kyoryugers. He has a bad habit of getting carried away which causes occasional back trouble due to his age. Having defeated Plezuon to forge a pact and become Kyoryu Violet, Ulshade invented and mass-produced the Kyoryugers' Zyuden Arms. His granddaughter took his place as Violet. Albert on the other hand had no relation to Kendall and he was an adventurer and tour guide for urban myths in New Zealand. He gave his Energem back to Keeper. Albert had a eye patch while the doctor had two lens glasses. Violet was changed to Purple. 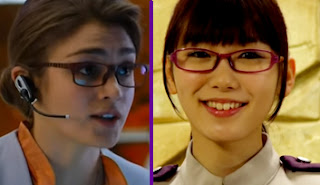 Kendall/Yayoi
Yayoi is Doctor Ulshade's granddaughter and assistant and takes over his place as KyoryuViolet. She had a crush on Diago. Kendall has no crush on Tyler. Kendall was introduced early on and proved herself to the purple energem just before the first season finale in Sledge's ship. Kendall didn't get much characterization but probably more than Gia did. We did get to meet Kendall's grandmother. They both wear glasses. Kendall became the manager of a Dino Zoo instead of Dino Musuem. 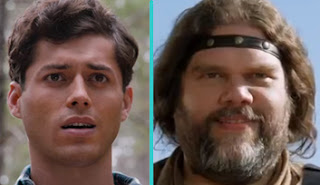 James Navarro/Ramirez/Yuko
Ramirez/Kyoryu Cyan was revealed before Gold in Kyoryuger, he was trapped inside the 'Ankylozord.' Ramirez was European and a ghost. He was optimistic. His body type would change when he morphed. Yuko later took  Ramirez place as a female KyoryuCyan. James on the other hand is Tyler's father who looks younger because of the Aqua Energem and was revealed early in the second season Dino Supercharge. He left to go help find the silver energem and would occasionally return. Cyan was changed to Aqua. The actress for Yuko was DekaYellow. James continued having adventures with his son Tyler. 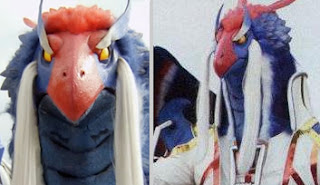 Zenowing/Torin
Zenowing is the Silver Ranger in Dino Supercharge, an alien. Dantestsu was Daigo's missing father who became KyoryuSilver after killing Torin. Dantestsu was the second KyoryuSilver, Zenowing was the only Silver Ranger. Torin was the bird-like monster-like mentor since the beginning of Kyoryuger. He was serious. he was a member of the Deboth Army who was created to attack Earth as a first wave. However, Torin came to love the planet's beauty and resolved to protect Earth's life forms. Zenowing appears near the end of the second season as an alien who bonded with the Silver Energem. Also in Power Rangers, Zenowing created the zords. Zenowing went on to go with Heckyl to save his planet Sentai 6. 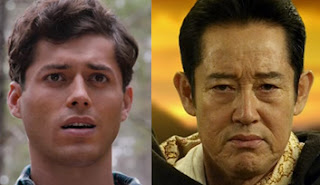 James Navarro/Dantestsu
When Daigo was an infant, Dantetsu was bathe in the Light of the Earth and gained the ability to hear the planet's melody. Found by Torin, who refers to him as mankind's King, Dantetsu proves instrumental in the development of the modern Kyoryugers' arsenal. He is a powerful fighter. James Navarro bonded with the Aqua Energem when Tyler was young and had to go into hiding. They are both fathers of the Red Rangers. James was Aqua but Dantestsu was Silver.
﻿
Posted by Lavender Ranger at 7:27 PM