Saban and his Three Moves

In the past week, Saban Brands has made three moves. Like Goldilocks and the three bears. One was small--- a logo change of the iconic Power Rangers logo established since 1997 (The Turbo logo). The one before it was medium, Nickelodeon renewed their contract which was expected but now for three years instead of two, up until 2021. The third was the biggest of all.. Saban dropped Bandai as a toy partner and now has made a deal with Hasbro.

It is arguable if the logo started with Zeo or Turbo but Saban started using the generic Power Rangers logo around that time. Disney changed the coloring and then Saban Brands changed it again. But now the new logo has the MMPR bolt and font similar to the movie font. Months ago there was rumors Saban would not renew the copyright of the movie logo but they did.

Nickelodeon
February 12 it was announced Nickelodeon would continue to air new episodes of Power Rangers. Since 2011, Power Rangers seasons have been for two years. With the second being a season with 'Super' in front of the title. Both seasons are based on the same Sentai series. Every season consisting of 20 or 22 episodes. Usually a renewal has been for four or two years. Three years have fans scratching their heads. 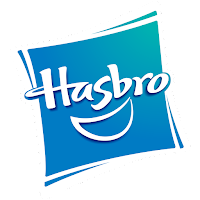 Hasbro
February 15, the day after Valentine's day, it was announced that Saban and Bandai would part ways. Saban and Bandai America have been together for 25 years. Bandai has produced the toys of Super Sentai in Japan and small Asian markets for more than that. I am not sure about the number. Anyway, this deal will not effect Super Sentai as Bandai Japan will continue to produce toys for Sentai. Hasbro was announced yesterday February 16 and they will be in charge of the brand except for in Japan and small Asian markets. Bandai Japan usually groups sales of Super Sentai as Power Rangers globally.  Bandai will continue until April 2019. As for Hasbro and Saban: "Our friendship started, as a matter of fact, when Brian left the advertising agency he worked at and moved to Bandai, which had the license at the time. Since then, we’ve been in touch on and off, on different subject matters. From time to time, Brian would say to me, ‘So when are you coming to Hasbro?’ This is just the culmination of events that have been happening for some time. We’re just beyond thrilled.” – Power Rangers Founder Haim Saban to Hollywood Reporter

Lavender Ranger Editorial
I didn't know how to feel about anything about this. I'll grow to like the logo but I do not like it that much. The Nickelodeon deal is puzzling. Some speculated they might pull a 3-season deal like MMPR. The Bandai deal was shocking at first because the two go hand and hand. But like many know, I've been complaining about the quality of toys for ages. Hasbro is a respectable company. My friend says Halo went from Macfarlane to Hasbro and the figures aren't as great. For me, I would have chose Playmates because they have done great work with Ninja Turtles and Superhuman Samurai Syber Squad. Bandai still has other properties. What is next is to find out which Super Sentai will be adapted next and what this 3-year deal means. And as Goldilocks, Saban gets off scotfree.

Sources:
https://www.powerrangersnow.com/hasbro-wins-power-rangers-toy-license/
Posted by Lavender Ranger at 10:30 AM