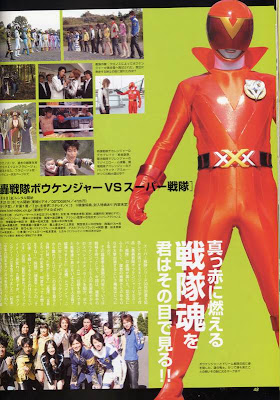 AkaRed was a special ranger for the 30th anniversary that appear in Boukenger vs. Super Sentai and was a representation of all Red warriors of past. He transformed into MagiRed and GaoRed. There was no toy, there was no expectation to ever see him again... 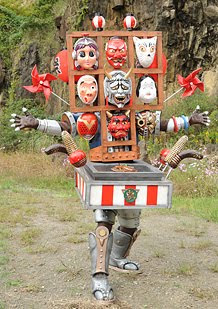 But then came Yattai Banki of Engine Sentai Go-Onger. AkaRed's face appeared as a mask on this monster. 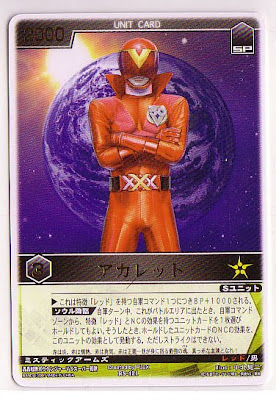 For the RangerStrike carding system, AkaRed got his own card. He is part of the 'Mystic Arms,' symbolized by the yellow star to the right side. 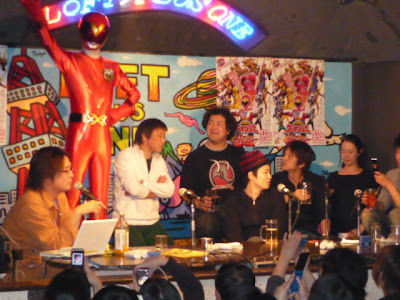 Then here he was for Go-Onger vs. Gekiranger press conference. 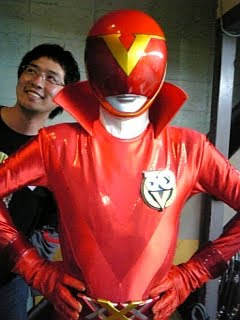 Another picture. I like his shades of red. AkaRed, 'Aka' means Red in Japanese, so basically his name is Red Red.

Posted by Lavender Ranger at 11:48 PM

I would love to get a AkaRed action figure. Even though the Boukenger vs. Super Sentai movie (IMHO) was a piece of garbage, the character was pretty cool.

They should have stuck with a Magiranger vs. Boukenger movie. Any idea why they didn't get around to that? The only reason I can think of was that the cast of Magiranger was pretty big (seven? eight members?) not including Infershia characters, such as Nai, Nare, and Sphinx.

The only thing I can think of is because of budget and cast scheduling. It's different than Power Rangers were they only do like 32 to 40 episodes, Sentai has up to 50 episodes, stageshow events, the movie, and the teamup, it's a lot to ask of a person. And on top of that, to get the past cast back and to ask Yellow and MagiShine to do it again, all that stuff.

I agree, but they did it pretty much for every series since Ohranger. I think Gaoranger (or the series afterward...Timeranger? GoGoV? I dunno)