Suggested by a friend. 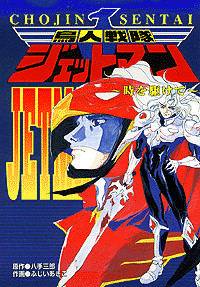 Jetman Graphic Novel
Released 8/30 1996
Artist: Akiko Fujii
Original Work: Saburou Yate
A sequel to the actual series, it is considered non-canon because of inconsistencies such as the Jetman having visors instead of helmets, the mecha were beynd repair in the finale, the Neo Jetman had given away their birdonic waves to the Jetmen, and Radiguet was not known to have the ability to jump into other bodies or more than one. The manga is set five years after the series ended.

The plot entails Radiguet returning for revenge using Tranza's human body and the Neo Jetman who are now in charge of defending the Earth but are pushed aside. Radiguet kidnaps the Neo Jetman and the Jetman, without the Birdonic Waves, rush out of retirement. Radiguet gains his own body and kidnaps Ryuu and Kaori's daughter Aya, transforming her into Ruma. The Jetman's new teammate Jeff (Green Eagle) makes sacrifices his new team. 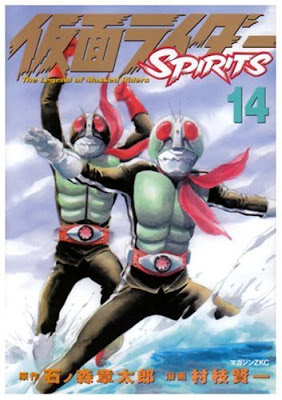 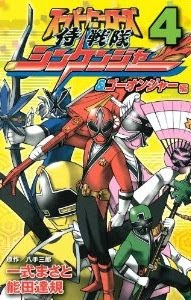 There was also a Boukenger and Shinkenger manga but I have not read any of them and its hard finding info on them so I have no idea about them.
Posted by Lavender Ranger at 11:09 AM

Why was Tackle never acknowledged as a Kamen Rider? I've always wondered about that one

I guess at that time was because she is a woman. And the skirt, the legs. Kamen Riders, I mean the only one to have any human part would be Riderman and it was just his face.

Okay, I read somewhere that Kamen Rider ZX appeared in a manga before Spirits, in something called "Television Magazine." Is this true?