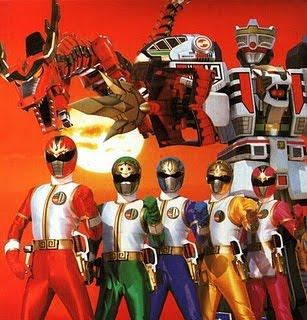 Some asked me if Yellow would be a girl. Because I had already cast for a Shinkenger -based project, I had 2 girls. Yellow is a girl, I wish I could have done Yellow male and Green female, but I already had a lock on Green, my Green didn't want to change. And my Blue wanted to be the first male Pink Ranger but my Pink didn't want to change either and I didn't want a male Pink Ranger with a skirt on, also based on some character developments that I didn't want the character stereotyped, you will see. Anyways, yeah in the end, Pink is a girl and Yellow is a girl.
As for ethnicity, because I live in Miami (a city full of Hispanics/Latinos), I had no choice to go with Hispanics. I am Hispanic. Originally I had my African-American friend as Blue but he had to drop out for reasons I cannot divulge. And I had my Asian friend was in selection for Yellow, which maybe was controversial. But since Will was the second African-American Black Ranger, I figure it shouldn't matter because race shouldn't be a big deal. She is camera shy and didn't feel comfortable doing it. Ultimately, Red is Cuban-American, Blue and Pink are half Puerto-Rican and half Dominican, Yellow is Caucasian, and Green is half Cuban, half Ecuadoran. I really tried have African-American rangers, but many were busy and couldn't do it. 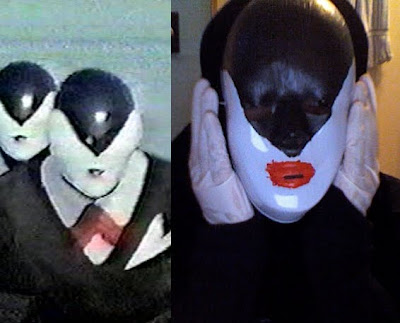 And it's been really hard to get my five friends together. Also, it is extremely hard to shoot in Miami in the summer. Lots and lots of rain and it is Hurricane season. And when there is sun, it is smoking hot, hard to work in. I made masks of the Cotportos footsoliders and they didn't look so great, but the best I could do with little money, it is extremely hot under the costumes, even when there is air conditioning. So I had to scrap the fighting scenes. I had to scrap many scenes I planned because of scheduling conflicts, everyone is either in school, working or both. Also, my camera tripod broke and other things like that. Basically what I am saying is that there will be only one episode and I'm not doing anymore because it is so hard to get everyone together. And it is going to get harder when September comes around because of college and work. Oh and I'm not recasting. I now understand why Celestial Fury has taken so long to come out.
Posted by Lavender Ranger at 9:14 PM