In 1973, Roger Price made the British sci-fi series "Tomorrow People," it lasted 6 years. In 1992, they made a deal with Nickelodeon to make a revival series, but it had less to do with the original series. The 1992 series was mostly about young people who were 'the next stage in human evolution' and could teleport, locate other 'Tomorrow People' and communicate through telepathy. I loved the show, I always noticed the similarities to Power Rangers. 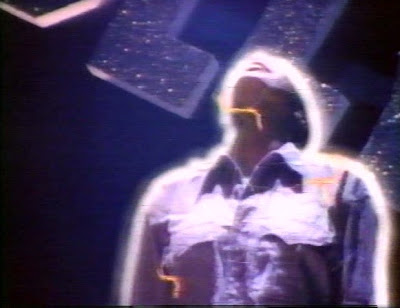 Teleporting
The most obvious thing is teleporting. They didn't teleport through colors, actually the same orange lines ran through them. They would glow white and disappear in a small white flash. Actually their teleporting was more elaborate than the original solid color teleport lines. 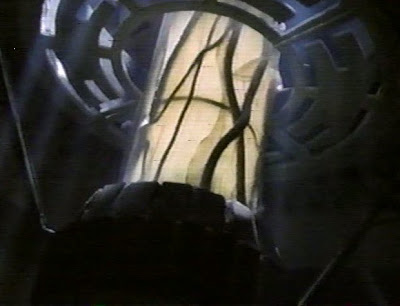 Command Central
They hung out in a space ship that crashed on an island. We never met the aliens that created the ship. The ship served as a beacon to bring beginner teleporters. The ship had a big tube and rotated, it didn't speak but it is a bit like Zordon's tube. 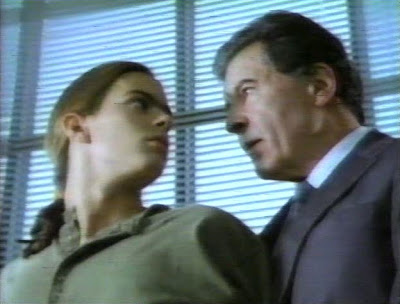 Adam and Tommy
The leader of the Tomorrow People was Adam, who wore green in the first mini-series had a ponytail--just like Jason David Frank as Tommy. His name was Adam, just like our second Black Ranger Adam. Of course this all just a coincidence. The Tomorrow People Adam was also Australian.

This 1992 series was a mini series that each had 5 episodes for each saga, there were only 5 sagas, ending in 1995. What I liked about the first mini series was that the villains used guns, maybe the only time Nickelodeon had a show with guns.
Posted by Lavender Ranger at 5:08 PM