I am not covering the 'Vs. Super Sentai' teamups. Only two of these Giant Robo footage was used for Power Ranger teamups. And there was only 3 Megazord battles in the teamups. 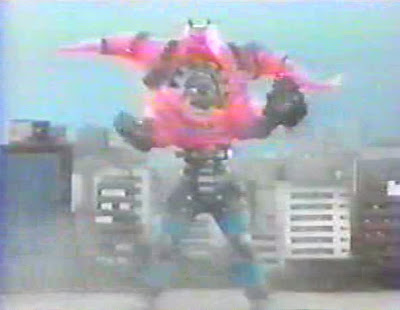 Ohranger vs. Kakuranger
The Kakuranger mecha didn't fight, the Ohranger mecha was mostly featured. The youkai (the pink one that ended up being Rita and Zedd's creation in PR) and the Baranoia robot took over the Megazords and then got out and merged. This footage was one of the rare cases where teamup footage was used for Power Rangers and also rare that the 'Megazord' footage was used.
Mecha used: Ohranger Robo, OhBlocker, Red Puncher, King Pyramider, Gunmajin, Tackleboy Carranger vs. Ohranger
I haven't seen this one but I know both robos fought the monsters. This footage was not used for Power Rangers, neither was there a teamup versus Zeo and Turbo because they were the same team.
Mecha Used: Ohranger Robo; VR Robo, VRV Robo, Sirender, Victrailer 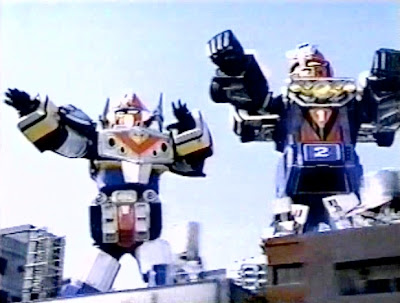 Megaranger vs. Carranger
The Megaranger robos fought first the monster and at the end, both the Carranger & Megaaranger mecha fought. Turbo and in Space because basically they were the same team. The closest thing with Justin coming back but there was no Megazord battle.
Mecha Used: VR Robo; Mega Galaxy, Super Mega Galaxy, Mega Voyager 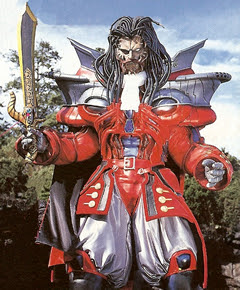 Gingaman vs. Megaranger
One of the rare cases where the teamup took place after the 'new' series had ended. This took place after the finale of Gingaman. The two team robos battle big dinosaur-creatures. The footage was not used but new US footage was used for the In Space and Lost Galaxy battle and also Astro Megazord and Galaxy Megazord vs. Pyscho Pink monster, was new US footage.
Mecha Used: Galaxy Mega; Gingaoh, BullTaurus 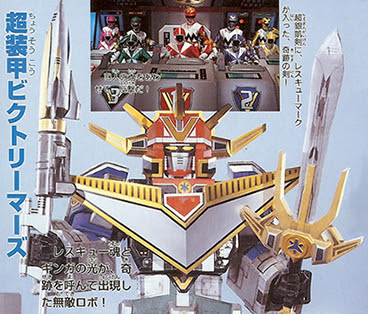 GoGoV vs. Gingaman
The robo battle was used for the Lightspeed vs. Galaxy teamup. The Lights of Orion went on the Omega Megazord.
Mecha Used: Max Victory Robo, Mars Victory; Gingaoh 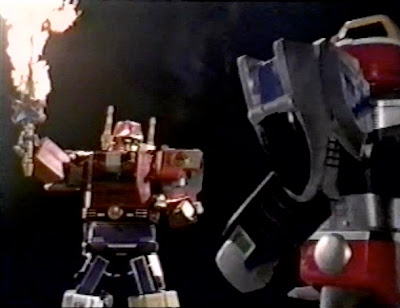 Timeranger vs. GoGoV
In this teamup, Mondo used the time vortex from the Time Robo to bring back the Victory Robo to help fight a monster. Time Force and Lightspeed teamup was the first teamup with no megazord battle. This footage was not used.
Mecha Used: Time Robo Alpha and Beta, V-Rex; Victory Robo 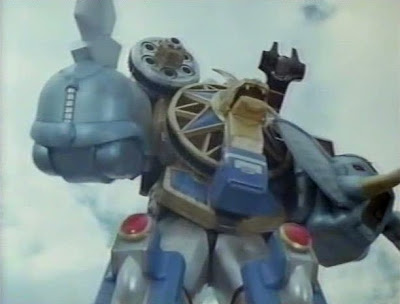 Hurricanger vs. Gaoranger
One of the few cases where the mecha from one series merged with the past one. This teamup never happened in PR as covered before on this blog, so no footage was used.
Mecha used: Gao King, Elephant, Giraffe; Senpuujin, Gouraijin, and Tenkujin 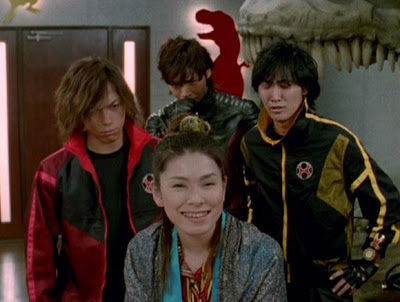 Abaranger vs. Hurricanger
I don't have pictures of the robo battle, but the two robos did merge too. There was no megazord battle in Dino Thunder vs. Ninja Storm.
Mecha Used: Senpujin, Gouraijin (GoraiSenpujin); Abarenoh, KillerOh 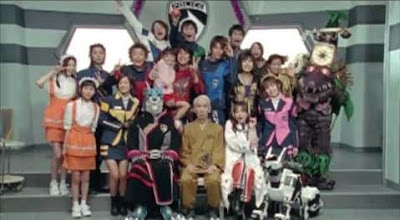 Dekaranger vs. Abaranger
Again, this is the only pic I got. There was no Megazord battle in SPD vs. Dino Thunder.
Mecha Used: Dekaranger Robo, DekaBike Robo; Abarenoh 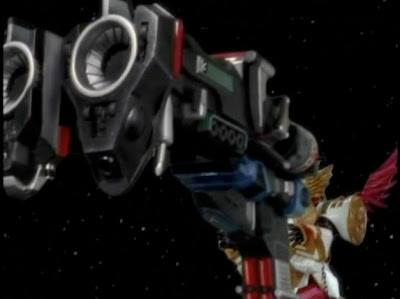 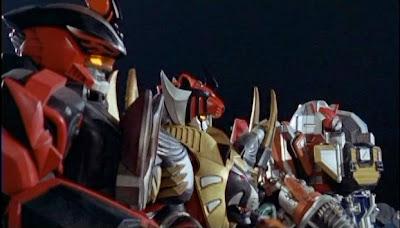 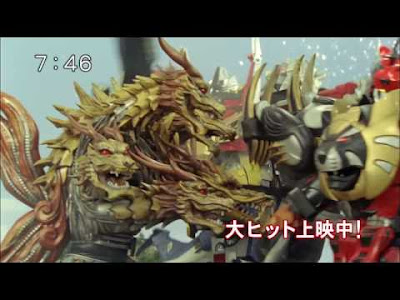 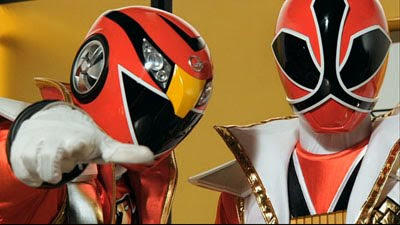 Shinkenger vs. Go-Onger
I couldn't get a good picture.
Robos Used: Engine Oh G-12; Daikai-Shinkenoh
Posted by Lavender Ranger at 10:04 AM

There was a part where Gouraijin
had fought the Senpuujin when they first found new evil rangers. does tat count as well?

Actually Aba vs. Hurri had no combination between the Robos, although AbaraneOh got to use Karakuri Balls.

I also think that Go-On vs. Geki also had GekiRinTohjaWolf.

And Shinken vs. Go-On also had SamuraiHaOh...

Also I made a post in the new Goseiger Pics Topic, but it does not show up yet, despite being made two days ago....

And the merged form of Pierre and Boribaru from Timeranger vs. GoGo Five was used as Quargenon in Power Rangers Time Force.

Off course, I watch the Power Rangers Lightspeed rescue vs Lost Galaxy (Unknowing the Power Rangers in 3D or GOGO V vs Gingaman), thay had the combination of the Omega mega zord with Orion Armor, to final battle in Trakkena´s Revenger!!
(Japan and USA, 2000)

Legendary Hero, I know about that but I had already mention so I found the subject moot.

They could have made a teamup with Turbo and Zeo. After the team switched they could have brought back Tommy, Rocky, Adama, Tanya, and Kat just as the Zeo rangers, while TJ, Justin, Carlos, Ashley, and Cassie could be the Turbo rangers.

But, as you stated before, they would have to pay extra for the footage and pay to get the actors to return.