Nowadays there is Mighty Morphin Power Rangers retro T-shirts for women, but now for kids, there is ZERO merchandise for girls (currently). But back in the height of popularity of the Power Rangers, there was A LOT of merchandise centered around the Yellow and Pink Rangers. The only thing girls get these days is Halloween costumes. Toys have been reduced to one or two figures of each girl ranger a year, depending if they have a power-up.

Power Ranger for Girls Dolls
Power Ranger for Girls figures came out in 1994, Trini and Kimberly was sold seperately and then in a pack (above). Later, Aisha came on her own and then in a pack with Kimberly. Then a movie set wit both of them. There was also a carrying case playset and a Mini Worlds. The Pink Ranger Mini World came in a teal case with bedroom, Juice Bar and other scenes; along with Kimberly, Rocky, and Tenga figurines. The Yellow Ranger Mini World included Aisha, Adam and Rita Replusa figures with accessories. They planned to do dolls for PRZ but it never happened.

They made big plush figures, of all the Rangers including Pink and Yellow.

They made walkie-talkies of Pink and Yellow for Girls, they have continued making walkie-talkies for Power Rangers up to RPM, this is the only girl one. 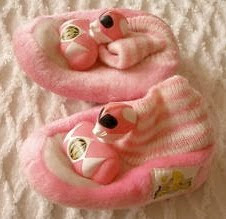 They even made girls shoes and slippers. They no longer do this. 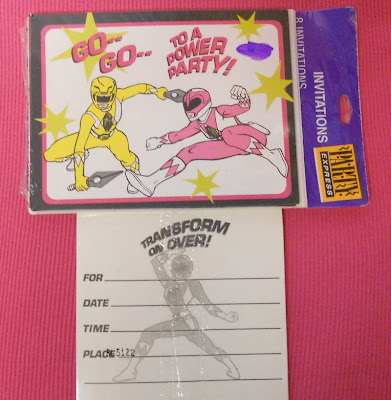 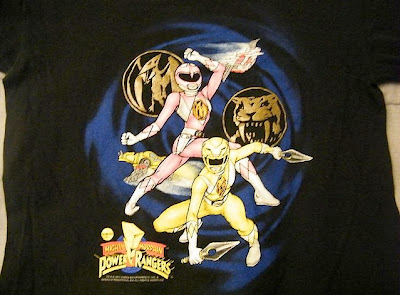 I couldn't find pictures of the t-shirts, pajamas, and other merchandise there was only for girls. I remember my niece had Pink Ranger pajamas back in 1994. Like I have said before, higher-ups of Bandai America believe girl toys won't sell well. I really wish Saban Brands turns it around and brings back merchandise for girls because girls really do like the Power Rangers. Many little girls dress up as Rangers for Halloween. In some cases, little sisters would want to play along with their brothers who love Power Rangers. I think if they made the dolls again and had them in the girls section, sales would be decent. Because then what is the point of having girl Rangers at all? I think Power Rangers appeals to both boys and girls.

Related: http://henshingrid.blogspot.com/2008/08/power-rangers-boys-club.html
Posted by Lavender Ranger at 6:46 AM

"For girls" huh? Why do you assume that girls have to like the pink and yellow rangers?

That is what the product was called. Doesn't mean I agree with it.