How come Power Rangers and Super Sentai has last so long 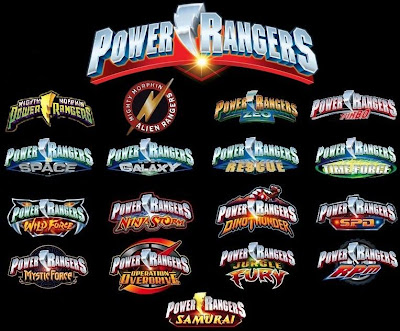 Zaxxon Q Blaque made the above collage.

Many people tell me they didn't know that the Power Rangers was 'still going on,' and in June at the Brand Licensing Expo, Elie Dekel (President of Saban Brands) was asked how Power Rangers has been able to last so long. Out of what he said, one important element is change, that the show changes every year (since 1996-Zeo of course). I have covered before why I love Power Rangers and what other people like about it, but I personally believe it is also in part of Super Sentai, the source footage, which many of PR Producers don't mention in interviews. Many times PR Producers badmouth the footage, I believe in part of time delays, tight schedules and cultural differences. But the team of Toei (TV/Movie/Writing), Bandai (toys), Plex (designs) and Rainbow Productions (monsters) is so well-honed in knowing what kids love (different themes). It is well-honed because of experience. 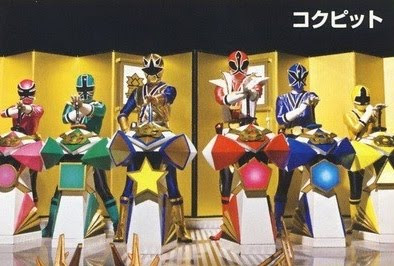 Power Rangers and Super Sentai are an elite combination of action, martial-arts, drama, comedy, special effects and creative writing. Bandai Japan does listen to the kids, Gaoranger's multiple animals were in part that children asked for more robots. And other robo combinations after that was because of demand. Super Sentai has been going on for almost 35 years in Japan and it is an institution, more than three generations have already grown up with it. It is like their own Superman and many actors are honored to be part of it. But elsewhere around the World, it is seen as Power Rangers and Power Rangers are often followed with a laugh. But it survives because of change, it changes so much--being different but albeit all the familiar to viewers. We all know the deal, five young people in color costumes fighting rubber costumed monsters that grow after being destroyed in an explosion and the five enter giant robots to fight the enlarged monster. (Some people might not like the fighting giants thing, but 35 years and 18 years of tradition haven't stirred them wrong yet.) 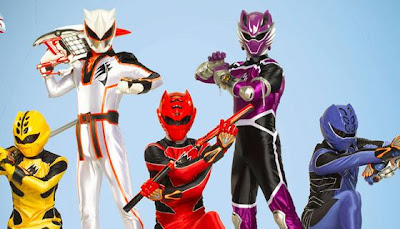 But because of the new themes we get something new and exciting to look forward to each time. And the surprises might change in order and circumstance. As Power Rangers and Super Sentai has gone on, each year we might get more robots (or zords) than the last team, or a new color (Silver in Megaranger/PRiS or Violet in Gekiranger/Jungle Fury) or 14 new Rangers in one series (SPD) or even a female Red Ranger. So this new things are enticing. David Yost (Billy) said in a recent interview that he wished Saban kept the same cast longer than a year, for the actors to have stability and viewers to get hooked on one group and stick with them. But I think the revolving cast really helps and that most of the cast is usually newcomers because it is a learning ground of new actors and viewers won't get sick of certain characters. Changing cast keeps it fresh. 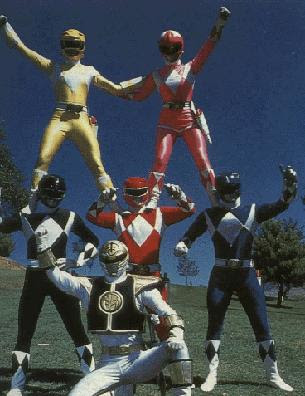 Super Sentai has kept this as tradition and that I know of, no past castmember has complained, most of them come back for a cameo as the same character or came in and play a fresh new character. In Power Rangers, especially during the Disney years, actors came back in a different role, so I think there is always opportunities for actors, especially if they are good and reliable. In conclusion, Power Rangers has been able to continue because it evolves like a phoenix from the ashes but has the same DNA, which is familiar. You see a colorful helmet and spandex-like suit, you know it's Power Rangers--our parents couldn't tell the difference. But nowadays most fans from the past are now parents.

Oh and I want to clarify that I believe Power Rangers and Super Sentai are separate entities. Even though they 'look' alike, most fans do consider them different, not only because of language and culture but because of writing and tone.
Related: http://henshingrid.blogspot.com/2010/05/why-i-love-power-rangers.html | http://henshingrid.blogspot.com/2009/09/chief-differences-between-power-rangers.html
Posted by Lavender Ranger at 2:29 PM

"it changes every year, that helps..." SO WHY DID THEY KEEP IT AS MMPR FOR 3 FREAKING YEARS!?

The least they could have done was killed Rita at the end of season one. I really hate her, especially since she has the same name as my grandmother.

Creative storylines- HOW IS EVERYTHING TURNING GIANT IN EVERY EPISODE CREATIVE!? It would be epic if it happened once every few months, but now it's just gotten boring. Besides, we need more dialogue-based situations, like Summer's wedding. That was a good subplot.

It's for kids- This is what I do NOT like to hear. I am not a small child, nor am I a pedophile, nor an I an adult baby, although some adult babies worship me. I'm just an emo teenager with a fetish for 20-or-so year old guys (preferably Asian) encased in synthetic materials. What Power Rangers need is to be on the SciFi channel and have alot more cursing in it.

Lavender, I'm with you on this. I don't generally favor keeping the cast year after year, I prefer things to keep fresh. I think part of the reason some of those involved want PR to keep the same cast year after year is simply to be different than super sentai. While I don't want PR to be a direct adaptation of sentai, I don't want it to do this differently simply to be different.

Furhtermore, like it or not, super sentai and PR both have children as their main demographics, although I think PR tends to skew a bit younger than sentai. Part of the problem with PR, imo, is that the PR creative team can easily slip into treating it like a kids show, whereas the super sentai team just tries to make a good show. We are not their target demographic and probably never will be. There's never going to be swearing and violence in PR. By many standards, sentai is more violent and adult oriented, but it is still quite juvenile in its subject matter, even if this subject matter is treated with respect.

Yeah Jonathan, Sentai has the convenient ability to be serious, violent and also be childish because of the Japanese culture. if fans wants a 'Power Rangers' that curses, is more violent and sexual, then they should look for a tokusatsu like Garo or geared towards adults, but Power Rangers as a franchise will never do that.

Aww, you used it! Yay! Totally off topic, but today as I was looking at both versions of them, I realized that I just couldn't choose between old school MM logo and the new re-branded logo that came after RPM ended... so I made one that has both! ^_^ Last one, I swear! LOL!

Now, on to the subject at hand. When PR first began, I remember when they first started making changes, particularly the Zords. I remember staring at the TV in both disbelief that my old beloved Zords were gone, but also in awe that fresh new ones to get acquainted with and love were also introduced. Then they decided to start changing the cast on me. That kinda upset and confused me. I think that if they had just changed the series and gotten a whole new cast per the Japanese formula, I think I could've accepted that a lot more. Having Power Rangers stretch out for three years here in the states was a tricky dance; do I get attached to these new rangers, or will these be ripped from me and replaced as well? That is why I think the one season format works so well; you get to fully invest in these rangers, knowing that they will not be replaced in mid season, but also know that there will be an eventual end. It's easier to accept a new cast and new series that way. As for the new series lasting two seasons, I think that I'd be okay with that as long as they do not try to make it outlast its prime by milking it past that to a third season as they did with MM. I still need that reassurance that there will be a new cast/series after the end of this one. I know that may seem a little petty and selfish, but when I am going to invest my time (and money buying the toys, lol ^_^) in my escape from the everyday, I'd like to be among familiar company up until the very end.

Some of the issues that come from the decision between keeping the same cast or changing the cast are cultural differences. Americans are use to tv shows having the same cast every year that rarely change, where as it's the opposite in Japan where cast change every year on most of their shows. This is part of the reason why Zordon Era fans generally don't like anything after In Space or Lost Galaxy. However, as the show grew older and fans became more aware of Sentai, they've gotten use to it.