A comment by Fantasy Leader about fans who love Tommy and only watch shows with Tommy in them to response to my post about Power Ranger fans. This spun me to do this post about Tommy Oliver, I have thought of doing this post before. 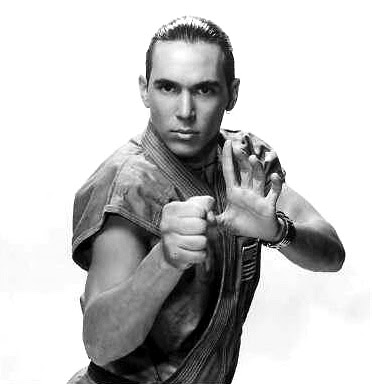 Tommy Oliver was introduced to us in the 14th episode (production wise) of the first season, a skilled martial artist who Kimberly quickly had a liking to was put under a spell by Rita to become her own personal evil Green Ranger. He quickly joined the team after the spell was broken and quickly got into fans' hearts. The Tommy character was phased out with the Green Candle because of lack of footage of Zyuranger (In Zyuranger, Dragon Ranger died because he died during his cryogenic freezing and his spare life was tied to the candle). Nobody, not even Saban Entertainment, could have predicted the popularity of the character. They had planned for Jason David Frank to lead his own show and they shot a pilot called Cybertron and he played Adam Steele, taking footage from Toei's Metalder. Because of popular demand, the Tommy character was brought back and Brad Hawkings who was in line for the White Ranger, was cast for VR Troopers as I have mentioend before. 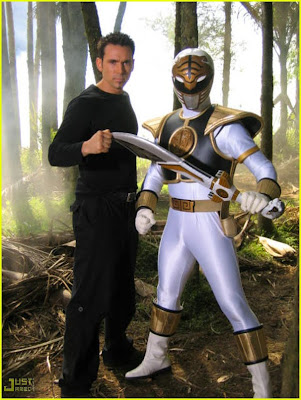 So what made Tommy so popular? With kids, I think it was the combination of the cool shield, costume and the notion that he was once evil. The 5-part saga was awesome because it dismantled everything that we knew and was established. He was a cool villain, he took pleasure in making Zordon disappear. Also, those who are attracted to men also had a crush on Tommy as much as Kimberly did. I remember around 1994 girls in school talking about how cute Tommy was. He was a bit of a bad boy redeemed, now good. Little boys thought the Dragonzord was cool. So when Tommy became the leader as the White Ranger, it made him even more popular--as he was now in charge and had a cool outfit. All little boys looked up to Tommy. I remember my nephew dressed as the Green Ranger for Halloween in 1993 and my cousin did so the next year. 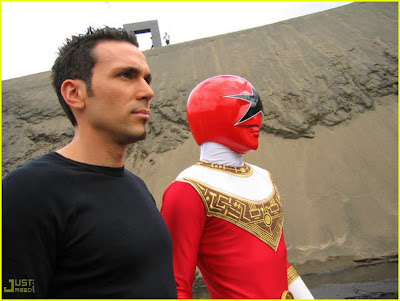 In Dino Thunder, Hayley was quoted for saying that Tommy wasn't the oldest Power Ranger but 'the best.' Fans that aren't that don't exactly hate Tommy but aren't that crazy about him, wouldn't necessarily agree with that. I can only speak for myself, I have no problem with Tommy and when he returned in Dino Thunder, I thought it was cool, I had no problem that he came back and found it interesting. I did find that his new background of being a paleontologist and professor not quite match with the Tommy we knew but I knew it was necessary to go along with the series and did show he did indeed 'grow up.' I think for sure Tommy's popularity also goes hand and hand with Jason David Frank, his martial arts, charisma, etc. You can say what you want about JDF, that he is not the greatest actor, whatever, but you got to admit he has 'it,' something there. 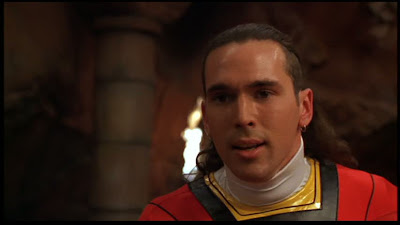 Yes, I know I skipped that he was the Red Zeo and Turbo Ranger, so let's continue the story. He became the Zeo Ranger V Red and the Red Turbo Ranger. Years later he returned for "Forever Red" and was mocked by the other Red Rangers for being 'the best.' And then returned as the Black Ranger for Dino Thunder. Continuation-wise, he was last mentioned in Operation Overdrive where Kira referred to Dr. O and Adam said he couldn't believe 'that guy is a doctor.'
Posted by Lavender Ranger at 1:35 PM

I'm sorry, but I have never been a fan of Tommy. Even as a kid I really didn't care that much for him, (but I think that is because I had a crush on Billy instead... early gaydar? yes, I think so ^_^). Anyway, I digress, I have always watched the show just wanting him to leave. I didn't like his attitude nor his acting. I think that was solidified a little more when I found out that the actor himself is kind of an ass and was a jerk on set. I also got that when I watched a behind the scenes video of MM and he was just an annoying ass hat the entire time. When I found out that he was coming back for DT I verbally groaned. I thought that he had played his part out and should just be done with it... forever. Like you said, I don't hate him, but I really am not a fan at all. There are much better characters and actors.

Jason David Frank may not be the greatest actor but he was the perfect actor to play Tommy. The producers of MMPR seemed to emphasize martial arts and gymnastics skills over acting skills. For characters like Jason and Tommy, it worked out well that their actors were skilled martial artists.

As far as JDF being a jerk on set, the only thing I've ever heard about him from the other cast members was that he was a big practical joker. Some of the practical jokes he pulled can be disgusting, but I don't think he's that bad as a person.