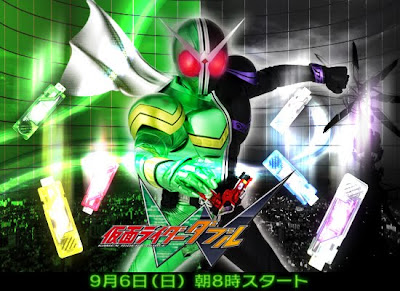 The latest rumor from Dukemon22:
As far as I know, W is set to be a full length Kamen Rider series, and will continue until next September. There is a rumor out there now that for the 35th anniversary of Sentai (that'd be Sentai 2011), the series will be a short one, like Decade, and this will bring the series back into sync, with September premiers. The rumor stems from Bandai wanting to take advantage of the Christmas season (new toys would be out for Christmas, instead of after.)

I haven't heard a lot about what the theme for the next SS is going to be...Lavender, have you?

Dunno, but its worth the wait.