Bandai America's Sales down because of Power Rangers 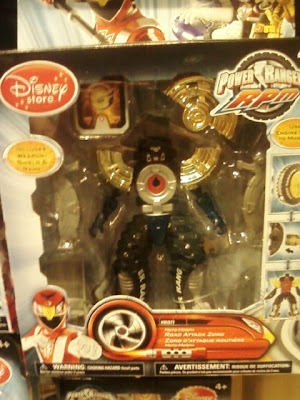 Namco Bandai Holdings fell 8.6 percent to 978 yen after the toymaker cut its full-year profit forecast, hurt by flagging video game sales in Japan and weak demand for Power Rangers toys in the United States. The company said it now expects operating profit to come in at 15 billion yen for the year ending in March, down 33 percent from the previous estimate.

I have been fearing this. Sales have been declining since Power Rangers Mystic Force. Sales for Operation Overdrive were so bad, there were a lot of toys on clearance in December and there was just a lot of stuff not selling. In fact, Power Rangers Jungle Fury toys are still on sale in stores like Toys R Us and Wal-Mart, they can't seem to get rid of them. The Disney Store has exclusive toys from Bandai but it doesn't seem to be helping. I have been waiting for Gold and Silver to be available here in Miami, Florida since May and even though it the figures have been popping up in other cities, there are many cities that still have not. Many fans are like me, upset that new stuff haven't appeared.

Posted by Lavender Ranger at 11:12 AM

I want to collect morphers and changers, but the American versions are absolute crap compared to the Japanese versions. If they put more effort into it, I'd buy the localized ones.