UPDATED 10/28/14
The following are mecha/zords that were alive or sentient beings. They are all mostly animals or beasts.

Shoguzyus (Zyuranger)
Collectively Daizyujin was a god, like in the sense of a Greek God. When I first heard they were gods back in the late 90's, I thought of it blasphemous, but when I think of terms of back in ancient times. Anyway, the beasts didn't talk but they were 'alive.' In PR, the Dinozords were said to be mechanical and would be 'activated' by Zordon for the Rangers to pilot it.

Mythical Chi Beasts (Dairanger)
They were mythical beasts, they were sentinel, meaning they weren't born, they just are. Daijinryu was said to come from the stars, they functioned on their own. In PR, I don't think it was the same thing. The Thunderzords and Serpentera had to be activated and work. 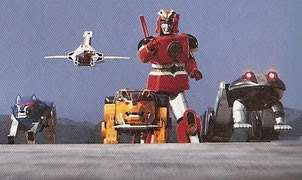 Chounin Beasts (Kakuranger)
In Kakuranger, they came from a scroll and were alive. Also Tsubasamaru was alive, the three God generals were sentient beings. 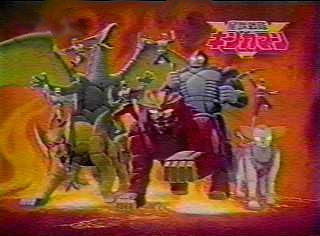 Ginga Beasts (Gingaman)/GalactaBeasts (Lost Galaxy)
In Gingaman, they were alive beasts from the Ginga Forest that became armored thanks to the Gingaman. In PRLG, the Galactabeasts come from some planet that was not specified and was hinted to be Mirinoi. Maya could communicate with them.

Power Animals
Said to come from Animarium and from all intents and purposes, were alive. Cole and Takeru could communicate with them.

Bakuryuu (Abaranger)
In Abaranger, the dinosaurs spoke through the Abaranger's changers. They were mechnical-bio hybrids from another dimension, they were alive in every sense of the word.

Geki Beasts (Gekiranger) / Animal Spirits (Jungle Fury)
They were spirits made by the heroes but I think they were alive, I mean they were not mechanical robots.

Engines (Go-Onger)
In Go-Onger, the mecha, the Engines would speak. They are from another dimension, they speak and think, have independent thought. They are alive. 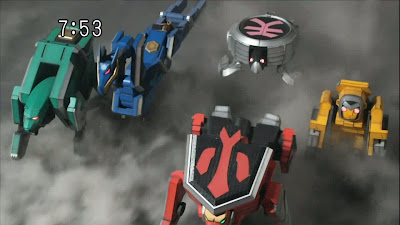 Origamis (Shinkenger)
They seem to have a mind of their mind, probably because of the Mojikara. 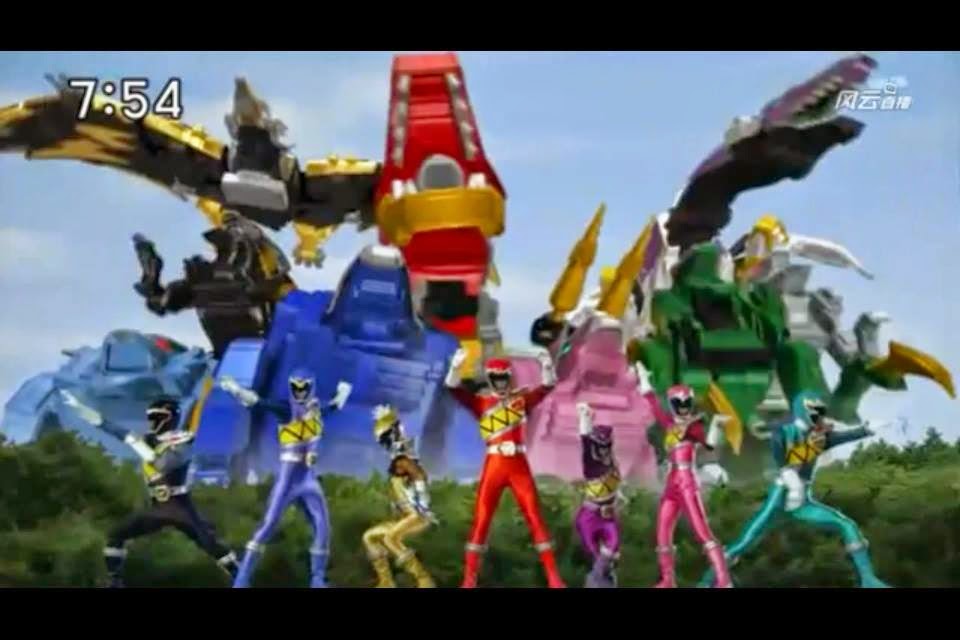 Zyudenryu (Kyoyruger)
There are 11 of them and they are alive.
Posted by Lavender Ranger at 12:02 AM