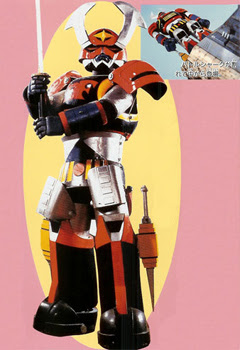 Giant Robo
In Sentai, Giant Robos started out as just one big robo and then later Transforming robos. 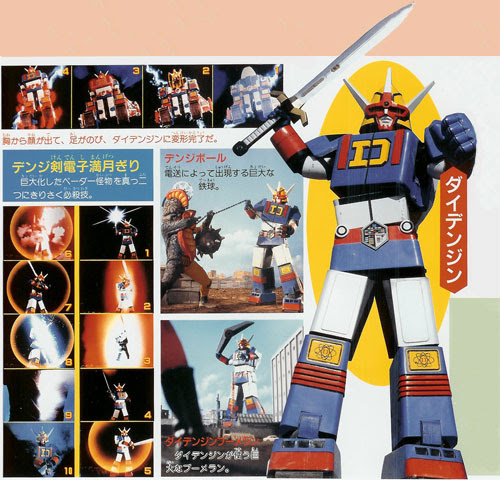 Transforming Robos
Daidenjin was the first of the Transforming robos. A combination of different amount mecha, it can be made up of two, three, five or even more.

Carrier Mecha
Battle Shark was the first said carrier mecha, it is large vehicle that carries one or more robos/vehicles. 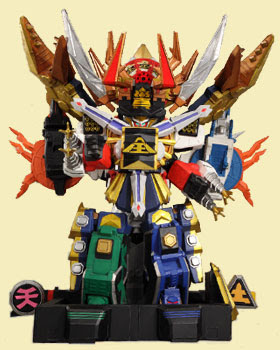 More than Six Piece Combination
While they are called Ultrazords in Power Rangers, these don't have a unique name classification, they always just have their own name.

Sixth Warrior Zord
As I have mentioned before, the sixth ranger or additional warrior can have a zord that becomes a warrior or help make another Megazord. The Sixth Warrior Zord is usually bigger than the main five or the same size, it can have more fire polwer. Non-Pilot Mecha
The first said robo of these is Titan Boy of Flashman, that worked on its own without a pilot, another said ones are Turbo Rugger, Galaxy Robo, Tetra Boy, Tackle Boy, Liner Boy, Time Shadow, etc. 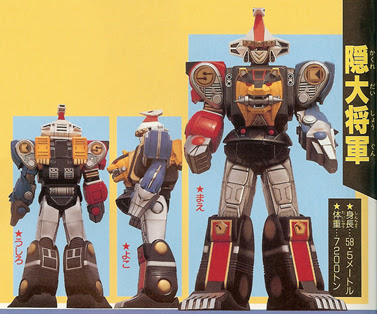 Second Giant Robo
The first said one was the Kakure DaiShogun, it is when the team has a second robo that belongs to the Rangers with individual mecha. Other secondary Robos include DekaWing Robo, VRV Master, Mega Voyager, Mars Victory, Gao Muscle, Gao Icarus, OhBlocker, MagiLegend, etc.

Auxiliary Mecha
First mechas came in Gaoranger, there can be multiple mecha, sometimes owned by a Ranger, sometimes not specified. Gaoranger had 17 original Power Animals and 18 in Boukenger and will be about 13 for Shinkenger.

I can't look at an ultrazord without thinking lol poor actor.