Year in Review: Pros and Cons of Power Rangers Samurai on Nickelodeon

UPDATED 12/9/12
Pictures thanks to: samuraicast.com
When it was announced that Power Rangers would air on Nickelodeon, I was a bit wary but excited. Wary because their scheduling is always erratic and random. For example, iCarly never had proper numbers for seasons. Most kid shows last 2 years and 65 episodes but according to its creator, they never had a real break between seasons and the last season was filmed as one but split into two. Anyway, now that Samurai is almost over, I want to go over the pros and cons of having Power Rangers Samurai and Super Samurai on Nickelodeon. Now NickToons will be discussed below. 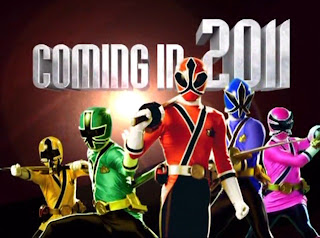 Promotion
In the winter of 2010 and early 2011, there was a lot of promos for Power Rangers Samurai, including mini ones showing off each Ranger. After each episode, they showed a clip of the next episode. Halfway into the first season, they just showed a generic promo. I think they did show 'next on' promos later on in 2011. I do remember a promo running for the Christmas episode. Also, there was NO promo for the "Clash of the Red Rangers" special. The Thanksgiving Parade appearance served as a indirect promotion for it. There was no "Next On" promo for the Super Samurai season. Also, a Fall promo showed up in June but no exact word on when the new episodes would air, keep reading for more. 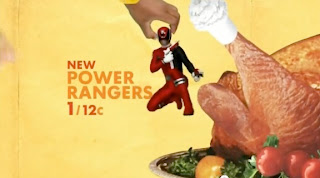 There was the recent and atrocious mistake done by Nickelodeon where for Thanksgiving promo, they use the Red SPD Ranger in place of a Samurai Ranger when advertising Power Rangers Samurai. NickToons which has aired a varity of Power Rangers seasons, including SPD, have yet to do something of this nature. 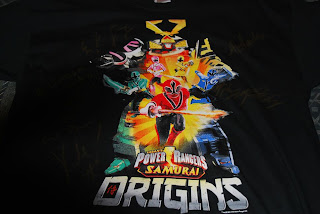 Scheduling
PRS started on Sundays at 12 and quickly moved to Saturdays at 12. But for some unknown reason, the first two episodes were not aired first. This caused a lot of debate in fans as to if "The Team Unites" was the first episode or not. Because clips of the first episode was seen in the promos and the first episode "Origins Part 1" did not air until October 15, 2011. Further, Origins Part 1 and 2 barely have anything to do with each other as there are two different monsters. Saban did release promotional t-shirts for cast and crew that said "Power Rangers Origins." While the Origins episodes did not have earth-shattering secrets, it did establish the Symbol Powers and plot, which could had been nice to air at the beginning. We older fans could follow it but younger fans might have a little lost but they got it eventually. Episode 18 "The Ultimate Duel" was the last episode to air chronologically, it aired Oct. 8. After that was Origins and then Party Monsters, Clash of the Red Rangers and Christmas Together, Friends Forever. 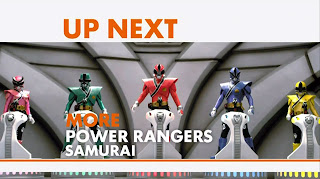 First season had a break from June 4th to October 1st (17 weeks) and second season had a break from May 12 to Oct 13 (24 weeks). To kids, 2 weeks is more than a month and 24 weeks, that is like a year. Kids complained to me that there were too many  repeats. With only 20 episodes and 3 specials in 2011, that is understandable. But what I would had suggested was having 5 breaks throughout the year. Like for example, 5 new episodes February-March, take a break and then 5 new ones in April-May and then in August and the rest in October. And the specials after that. But oh well. Also there was erratic time changes to the second half of Super Samurai like moving the show to 1pm and then to 11:30am one Saturday and the Christmas special is scheduled for noon, who knows if it will air at that time. 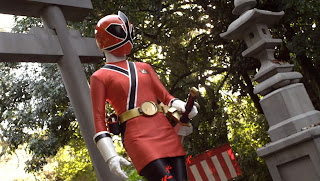 Nick LA (Latin America)
Another faux pas (other than Origins and schedule changing) was that Nickelodeon of Latin America aired the last episodes of Super Samurai (revealing female Red Ranger, Shogun mode outside of a zord and Skull's return) before they did in the US. Why was this significant? Because given that Power Rangers was first made to appeal to an American audience and the giant gap of 24 weeks in season two for new episodes, it would had been nice if we got it first. Back in the day of MMPR heyday (1993), the internet was not as prominent and maybe fans would had not noticed. I know that most kids I know didn't know about it. But we adult fans were a bit irked about this. Other countries like UK and France also got episodes before the US. 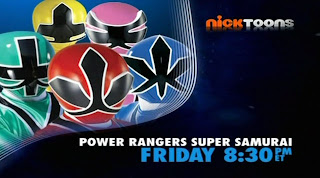 NickToons
NickToons have aired Ninja Storm, Jungle Fury, Time Force, SPD, and Dino Thunder and also Samurai and Super Samurai, they have done marathons and also they have aired Power Rangers for seven days straight and at different time. I don't have NickToons so I don't have complaints about it. But from what I've heard, it is all good. 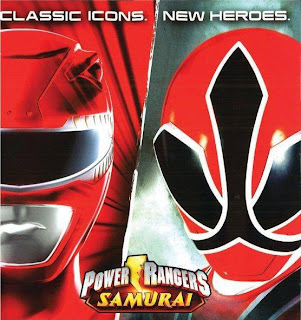 Two Year Split
Yes, Nick is part of the reason that Samurai was split into two seasons. Nick asked for 20 episodes per year. So they were able to do 40 for two years but also add specials. I see the specials as a loophole for Saban to add more episodes. Elie Dekel of Saban Brands said that they did because they wanted to synch the theme with every country into the world, so seasons won't overlap each other and launch a new season at the same time. I personally did not like the 2 years of Samurai AT FIRST because it felt like a delay and also I knew it would delay Sentai even more. Power Rangers was always a year behind the Sentai before 2010. 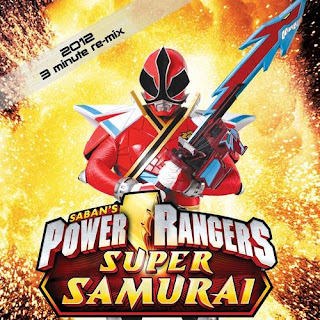 For example, Go-Onger aired in 2008 and Power Rangers RPM adapted it in 2009. With the 2010 gap (the transition from Disney to Saban), Power Rangers had a two year gap and now in 2013, there is a three year gap. Power Rangers Megaforce will premiere in 2013 but the series Goseiger it is based on aired in 2010. So here we go with two years with Power Rangers Megaforce. The second season is rumored to be called Super Megaforce, the title 'Ultra Megaforce' was copyrighted in 2012. It is also said that Gokaiger footage will be adapted for the second season. And we will be getting 20 episodes and 2 specials for each year as well. Maybe a teamup special will be thrown in there too. In theory, if Saban still has control over Vortexx in 2015, the new Power Rangers season might have more than 20 episodes and last only one year. 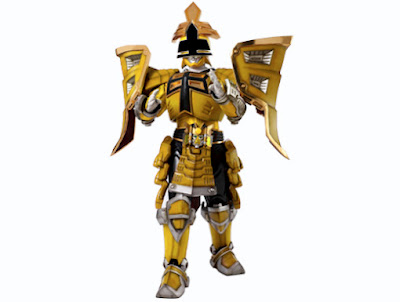 Yellow and Green Shogun Mode
Check Power Rangers Super Samurai, Yellow and Green Shogun Rangers appear on the show briefly in a short sequence with five in Shogun Mode but they NEVER appear in action. We saw Yellow (above) in a promo pic in Nick.com and Calendar. Green didn't get a toy or even a promo pic or even appears in the calendar. I asked Tsuyoshi Nonaka why all 5 have Shogun mode and he said Saban asked for it. So my question is.... WHY MAKE TWO SHOGUN MODE SUITS AND NOT EVEN USE THEM ON THE SHOW???? 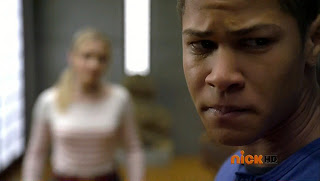 Conclusion
In conclusion, the move to Nick has been a mix-bag. A news article reported that Disney wanted Saban to agree not to have PR on Nickelodeon because that was their competitor and that is exactly what Saban did after gaining the rights back. It has been great that so many kids have seen it but there are still kids that have no cable. So Saban bought CW4Kids and now it is on Vortexx on CW which would be a perfect home for new episodes of Power Rangers. But the buying transcation happened after Saban signed with Nick for Power Rangers Megaforce to air on it.
Posted by Lavender Ranger at 7:41 PM

there is one con for pr to air on nick and that is they cast good looking and smooth face people.
nick is a channel that sells good looking people as well that can sing and or act because looks sell

the channel is a dumb fuck channel showing stupid shows, there are other channels to air pr like fox kids, jetix etc why not air pr on vortexx or megaforce on vortexx becuase nick has final say on casing and they only cast good looking and hot guys/girls
look at the other shows on nick dumb fuck people who dont go to school etc no education no nothing all they know is dance/sing/get boyfriends/girlfriends etc

also u don;t see nick of japan airing sentai or kamen rider so why nick
it should air on other channels

with the 2 year split, power rangers 25th anniversary will be kyoryuuger, which coincide with mighty morphin's dinosaur theme. just a coincidence...