I never liked how on merchandise they didn't show the live-action Rangers, always drawings (except for some rare cases, like MMPR posters and books, I remember once they had PRDT folders with photos). In Sentai, they mostly have the live-action in bookbags, dishes, stationary and other merch, except for the coloring books of course. I don't remember if there were any valentine cards from Zeo to Time Force, let me know! 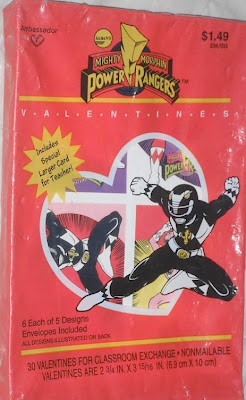 Mighty Morphin Power Rangers
I know this came out in 1995 because I couldn't find them in 1994 during season 1. 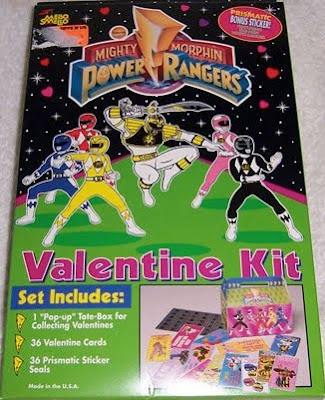 Mighty Morphin Power Rangers
These probably came out during Season 3 in 1996 even though they have the Thunderzords on them. I don't remember if there were any valentine cards from Zeo to Time Force, let me know! 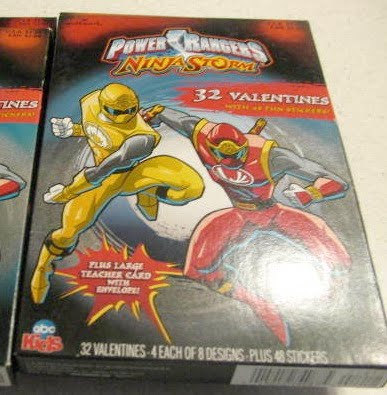 Ninja Storm
Of course with Disney we got more consistent cards. They did feature the Blue Ranger but I think only the 3 Rangers. 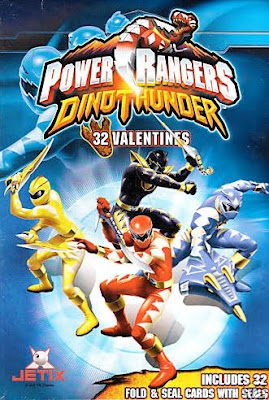 Dino Thunder
I don't think these featured the White Ranger.

SPD
They had this tote kit.  Most likely these only featured the 3 male Rangers. 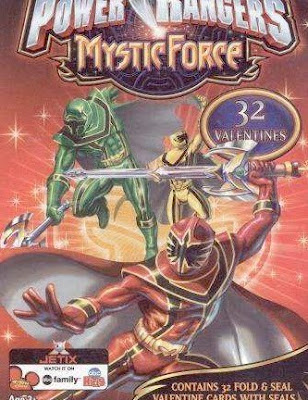 Mystic Force
This most likely only featured 3 male Rangers. 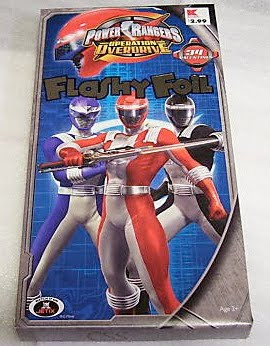 Operation Overdrive
Most likely only featured the 3 male Rangers. 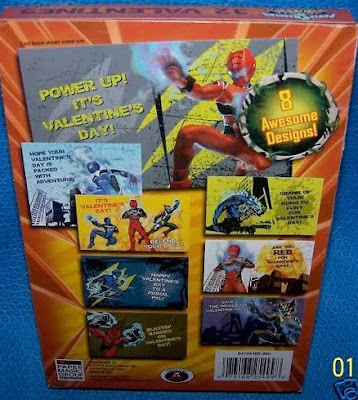 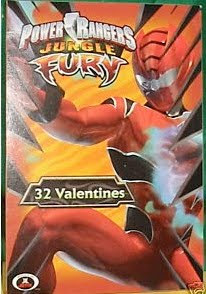 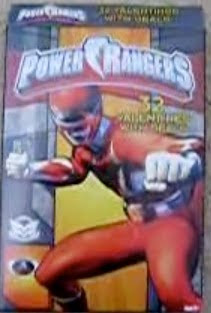 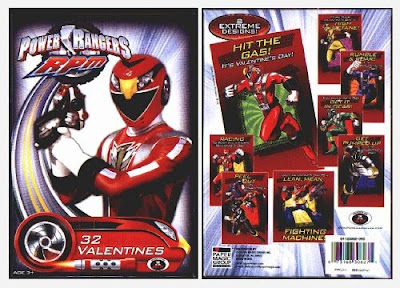 RPM
Out of the very rare Disney merchandise for RPM, there were Valentines Cards, with the same drawings used in the Calender. Featured all 5 Rangers, and for the first time ever included a live-action picture of the Red Ranger on the cover!
Power Rangers Samurai
3 different, one had bookmarks, one had stickers, one was just valentines. 2012. 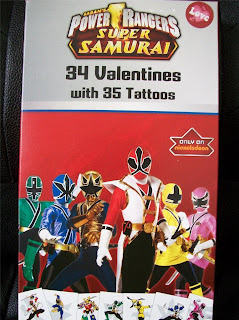 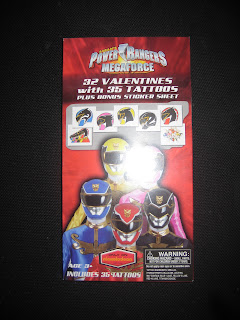 Megaforce
Comes with 35 illustrated tattoos while the cards come with live photos.
Posted by Lavender Ranger at 8:24 AM

Nothing says "I love you" like people in spandex striking poses...But with only the male Rangers, the focused group might shift a bit...

lost galaxy and lightspeed rescue had the actual live action rangers on them.