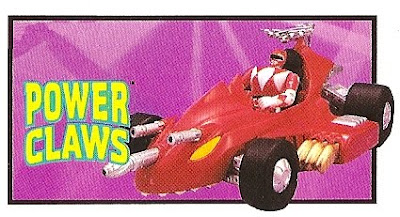 Power Claws
It appeared in the small booklet that came with the first wave of Season 2 MMPR toys, as I have mentioned that it was not sold in the United States, I don't think it ever was released in any way. It was suppose to hold the Auto-Morphin Rangers. The funny thing is that when I first saw this thing, only a few episodes of season 2 had aired and I had a feeling that it would not appear on the show, which it didn't. 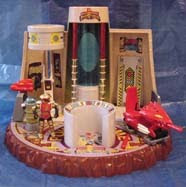 Power Dome
This toy was of the Command Center, but it was called the Power Dome, anyway, besides having Zordona nd Alpha, it had a device that looked like the Power Claws. A figure could sit in it and shoot missiles. I used to own it, I won it in a Bandai contest to send proof of purchases and stuff. I gave it as a Christmas present to a nephew. 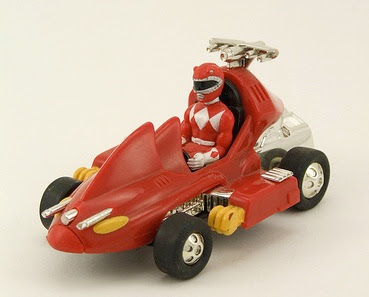 A different version of the Power Claw, I guess it was released. I found this at the 'Power Dome' Flickr Account. The owner says it was produced through a licensed vendor and probably only made in small quantities. It is only about 3.5 inches long and the figure isn't removable.