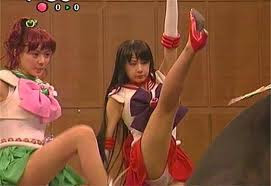 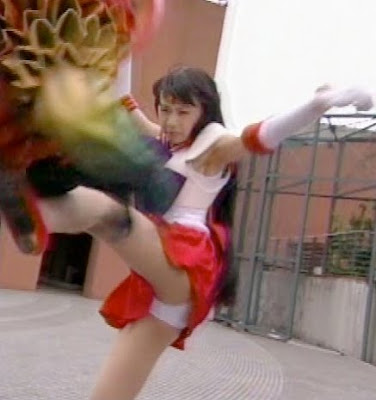 Ballet Fu
A Fans coined term referring to where how in PGSM (Pretty Guardian Sailor Moon), instead of actually hand to hand combat, the Sailor Senshi would twirl around and ballet dance around a monster and fight with kicking and twirling. 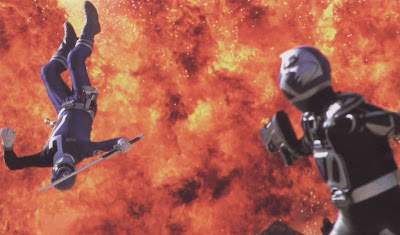 Wire Fu
Wire Fu is a fan idiom of various movies like The Matrix and Crouching Tiger Hidden Dragon where a lot of the fighting is done in the air, with the actors on wires. In MMPR Season 2 episode, Trini floats in the air, clearly hanging from wires and dives down, doing nothing to the Putties and Jason says "Good job." Wires were used much more during the Disney Era in New Zealand.

Posted by Lavender Ranger at 11:53 PM