Ron Wasserman is an American music artist, also known as Aaron Waters and The Mighty RAW, best known for the theme song for MMPR, and for the large volume of original songs recorded for the first few seasons. He has been with the labels Rawfish and Saban Music Group. He started a rock band in the mid 1980s with present day voice actress E.G. Daily. Shortly after the band disbanded, he started working for Saban Entertainment in 1989, filling-in for one afternoon and eventually staying there for six and a half years. While there, he developed scores and co-wrote themes for several series such as the animated X-Men series, Sweet Valley High and VR Troopers. He was presented with the first footage of the show, was told to use the word "Go", and to have it finished by the next day. After two and a half hours, the song that resulted was the show's iconic theme song. 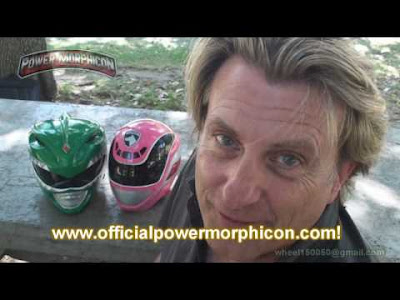 Several of his most popular songs and scores were eventually released on a successful concept album entitled Power Rangers: A Rock Adventure, which linked his music around a variation on the opening episodes of season two of the television series. While working on the show, Saban asked Wasserman to come up with an artist name, as they did not want it to appear as though one person was doing all of the music. He came up with the name "Aaron Waters" because his middle name was Aaron and the name Wasserman means "water carrier" in German. "Go Go Power Rangers" was released by Saban Records on CD and cassette in the US on December 2, 1994. Simon Cowell played a part on it getting radio play. For the MMPR Movie, a new arrangement of "Go Go Power Rangers" was recorded and performed by "The Power Rangers Orchestra": which featured former Mr. Big front man Eric Martin, guitarist Tim Pierce, former Pablo Cruise bass player John Pierce, singer-pianist Kim Bullard, and then Guns N' Roses drummer Matt Sorum. 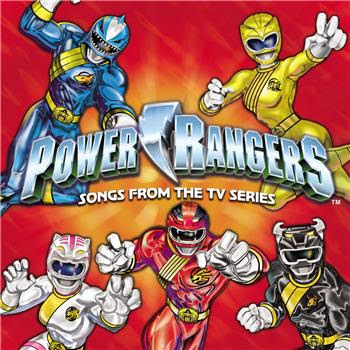 When Saban was preparing a second Tokusatsu series, which eventually became VR Troopers, the pilot was called Cybertron and Wasserman composed the theme song. When it was decided Jason David Frank would continue as the Green Ranger on MMPR, the Cybertron theme song was re-worded to be the infamous "Go Green Ranger" song. Wasserman left Saban in 1995, citing exhaustion. He returned to Power Rangers franchise in 2005, composing the theme song for Power Rangers: S.P.D.. News of his involvement reached the fanbase and demo versions of the theme were leaked, upsetting Disney executives. He did pitched two different theme songs for Mystic Force that followed their "rap/hip hop" recommendations for the theme, but it did not get used. He later contributed an instrumental version of his rock theme, as well as scoring work (for free) for Celestial Fury, a fanfilm.

It makes me laugh how they gave Taylor such a female build on the show, even though her Japanese version was male (and she should have been as well)

I mean, on the album cover.