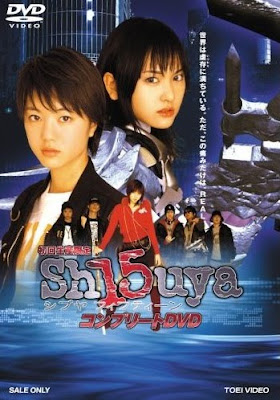 Sh15uya (Also known as Shibuya Fifteen) premiered on TV Asahi on January 10, 2005. It ran for 12 episodes until its conclusion on March 10, 2005. Set in a virtual simulation of Shibuya, Tokyo which is regulated by an entity named Piece which does not allow inhabitants to live, the series focuses on a 15 year old boy named Tsuyoshi (portrayed by female Saya Yuki) who seeks to find both his lost memories and a way to escape Shibuya. To maintain control, Piece locks "kills" those who don't work within the confines of the world, which results in their being reset and inserted back into the city with a new name and identity and without their previous memories. The episodes are directed by Nobuhiro Suzuki and Ryuta Tasaki with scripts written by Shoji Yonemura. A single volume manga adaptation, written and illustrated by Go Yabuki, was released by Kadokawa Shoten on July 1, 2005.

It tells the story of Tsuyoshi, who doesn't remember who he is and is told by others that his name is Shouta and Revu. He meets Asagi (Yuria Haga) and Ema. Ema (Yui Aragaki) can call upon armor and fights antagonists. Tsuyoshi stays at Kengo's tattoo shop and helps with chores. Asagi briefs Tsuyoshi on the three gangs' names, leaders, and territories. There is Piece (played by Mark Musashi, who has done stunt work for Avatar and Kamen Rider Dragon Knight), who can die but comes back and in multiple forms. Ryuugo (Tooru Yamashita) plots getting rid of both Bunkamu and Lovegen by taking advantage of a fight he instigates between the two and keeping Piece at bay by making Ema his friend. 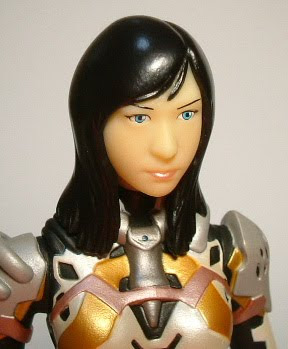 Asagi ends up betraying Tsuyoshi and Ema, having them caught in a trap with 3 different gangs. Asagi has a change of heart. As two of Bunkamu's members are killed leaving only DJ, causing him to ask for help from Tsuyoshi and Asagi. DJ once again begs Tsuyoshi for Ema's help, but ends up asking Nami, Lovegen's new leader, for help. She feeds him a drug. Tsuyoshi and Asagi try to stop her as she is about to send DJ falling off the building, but Piece saves him by killing Nami Ema appears and defeats Piece once again. She reveals that she continuously kills Piece for Tsuyoshi's sake. Asagi is killed and 'reset' as Miu, who joins the gang of the Palhand. Tsuyoshi ends up having to sacrifice himself in order to allow Ema to destroy them all. He wakes up in a classroom where he finds out that everyone is asleep and everyone is sent to this virtual Shibuya. 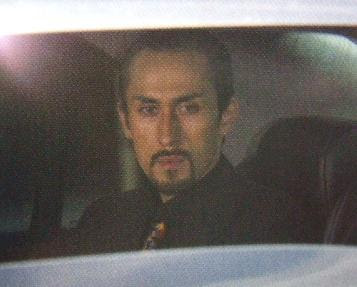 Kengo is the teacher of the classroom. As he wanders through the real-world academy, he finds a special room containing the real-world Ema. However, an academy official stop him from entering, then returns him to Shibuya, reseted. He once again wakes up in the midst of rubbish, just as he was at the beginning of the series. Tsuyoshi returns to the real world and finds that the world has been restored and events from the beginning are happening all over again, except this time Ema is now the boss of Palhands, with no memory of him. However, she does cry at the sight of the moon, just before going out to fight with Lovegen. During the fight, Piece marks Ema, but she remembers all the events that happened before the restore, performing a Merge and defeating Piece. This causes everyone to remember their real names. Ema only remembers her past once she touches the nail polish that Tsuyoshi brought with him from the real world, her past as a very violent individual. 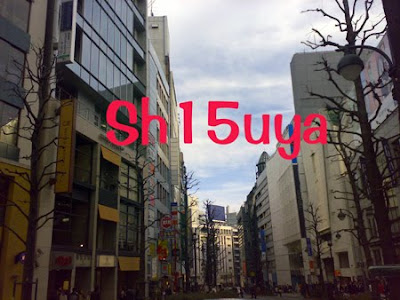 They all return to Kengo's place for Katsudon in preparation to leave. Tsuyoshi searches for Ema after she hides, but to no avail. As Tsuyoshi, Ryuugo, Asagi, DJ, and Kengo are about to leave, the chairman appears and transforms into Piece in order to stop them. Asagi directs Tsuyoshi to Ema, who he then tries to convince to come with him. Meanwhile, everyone else manages to defeat Piece and escape Shibuya. The chairman awakes from unconsciousness and fights Tsuyoshi as Piece. Ema appears and together, the two beat Piece once and for all. She decides that she will indeed go with Tsuyoshi to the real world. However, Tsuyoshi finds out that she was in a vegatative state and thus could only live in Shibuya, the world created by Ootomo. Tsuyoshi decides to return to Shibuya in order to be with Ema.

Posted by Lavender Ranger at 7:25 AM