I updated my post about the Halloween costumes made for kids with all the pics of all the costumes made:
http://henshingrid.blogspot.com/2008/09/power-rangers-halloween-cotumes.html
UPDATED 10/7/10 7PM EST 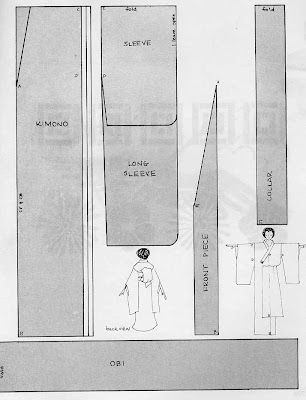 Someone asked what exactly is a pattern. Since my mother is seamstress, I am used to this, so I guess I assumed everyone knew. When you open the bag, there are these thin brown papers with drawn-on shapes. The shapes or patterns come in different sizes. You have to cut out the shape in the size you want and trace it over the fabric. You cut out the fabric and sew it together. Those are patterns, that's how it works. She had to make the patterns bigger for me because it didn't came in my size, so she was such an expert she made it my size. 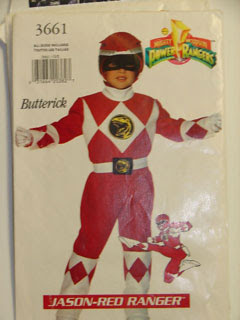 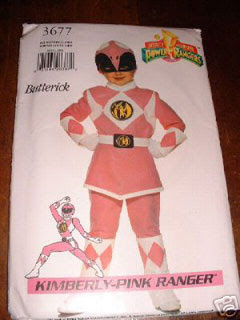 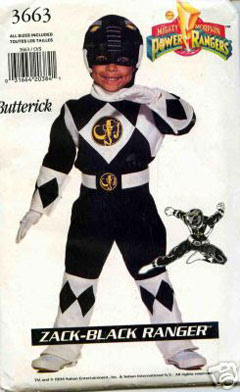 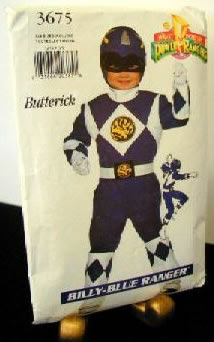 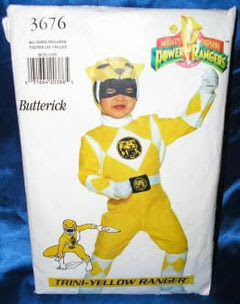 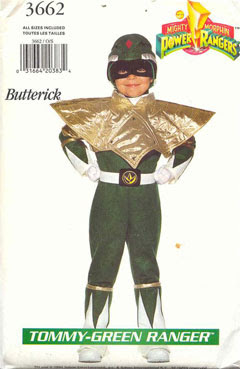 These patterns came out in 1994, I was thrilled that they came out because the other costumes didn't come in my size and luckiloy my mom is a seamstress and she could re-size it. So she made a Black Ranger costume for me, green for a cousin and Pink Ranger outfit for my niece. The Green Ranger is the only costume made ever of the Green Ranger. It is so funny how they had an African-American child in the Black Ranger costume just like Zack and an Asian girl as the Yellow Ranger like Trini. Notice they even had the characters names as they were yet to be replaced. The costumes were pretty accurate, even to the Green Ranger's floppy shield. Well, except for the hats instead of helmets. They came with iron-ons for the chest and 'morphers', I asked my mother not to put the iron-on on our chests as that was not on the show. 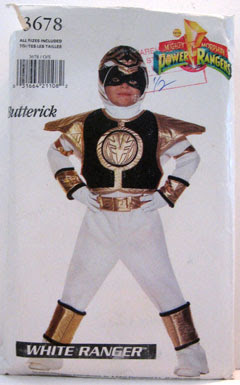 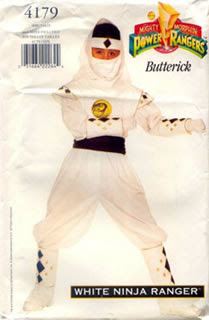 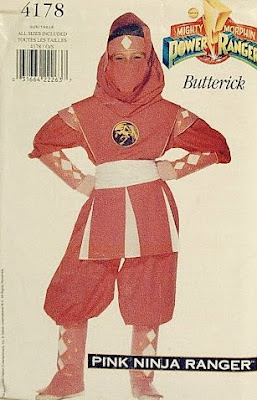 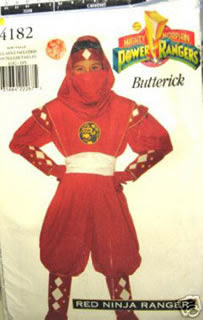 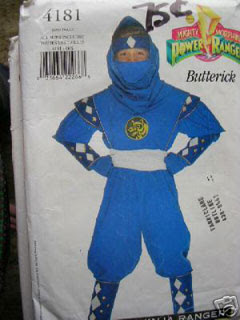 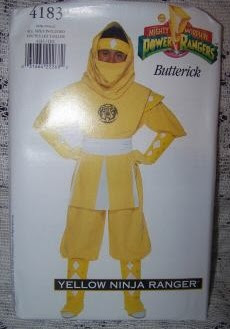 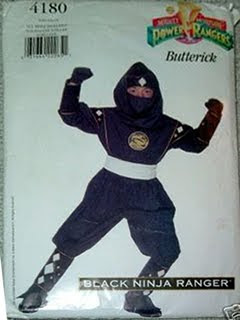 Then in 1995, there was six patterns for the Ninja Rangers. There were 2 official all ready made costumes but only of White and Pink. They were pretty show accurate. 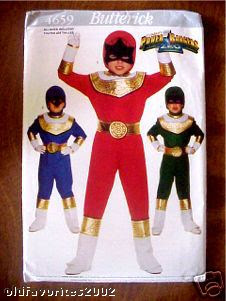 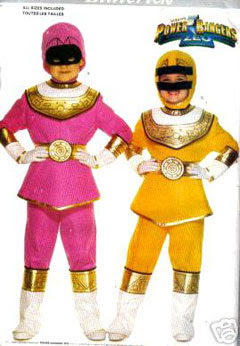 Power Rangers Zeo was the last series to get the pattern treatment for kid costumes, instead of individual patterns for each Ranger, there was one for boys (Red, Blue, Green) and another for girls (Pink, Yellow). This was probably because the first Rangers had different animal masks and different iron-ons. 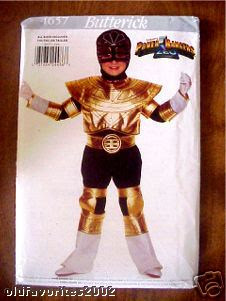 The Gold Ranger costume was more complicated so it got its own bag. And these days, patterns are that popular, in fact Wal-Mart stores in my area got rid of the fabrics section. 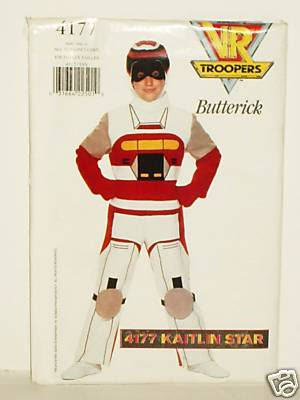 Kaitlin Star
I never saw this in sewing stores that my mom frequented but apparently they did exist. It is impossible for any kids Halloween costume to be show-accurate, but this was a fairly detailed watered-down version. 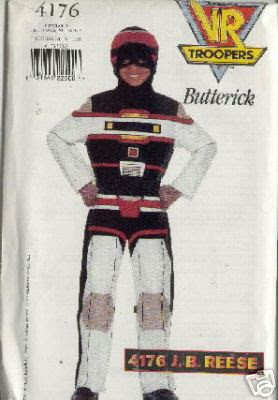 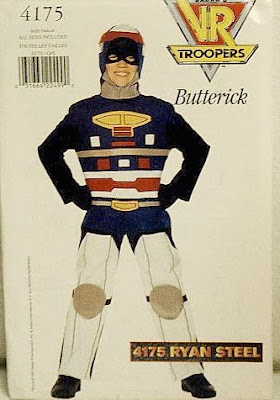 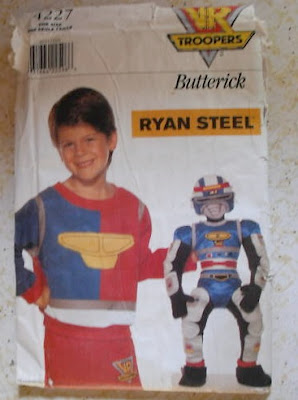 Ryan Steele
They had the second season Ryan costume. Geez, it was the second year and they hadn't even spelled his last name right---well Steele is the incorrect way to spell Steel, but that was his name. I found it real cool they also had a pattern to make a plush doll. I don't even know if they had regular Halloween costumes for the VR Troopers.
Posted by Lavender Ranger at 1:21 AM

What exactly are Costume Patterns? How do they differ form costumes?