Casts where minorities are majorites

The majority of Power Rangers casts have Caucasians as the majority. But some casts have the majority of another race or ethnicity other than seen as just Caucasians. Granted many of the Caucasian actors have been of mixed ethnicities like German, Italian, Hispanic or anything else, but I'm focusing on non-white. I know race shouldn't be a big deal and that we should look at our similarities more than our differences, but the multi-color cast is a major factor of Power Rangers so I thought a little focus would be interesting. 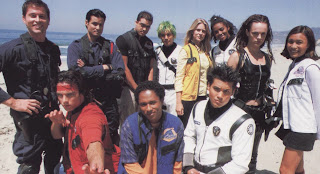 Time Force
Lucas, Trip and Eric were Asian, granted Trip was a space alien. Kevin Kleinberg (Trip) is half German and half Filipino; Michael Copon is also half German-Filipino, he's dad is Filipino and his mom is German-American; and Daniel Southworth (Eric) is Asian, don't know what exactly. Cole was supposedly Cacuasian but Rickardo Medina is Puerto-Rican/Brazilian American, there was only two 'Caucasian' actors in Wild Force. I consider Time Force the most diverse group and Wild Force being the second. 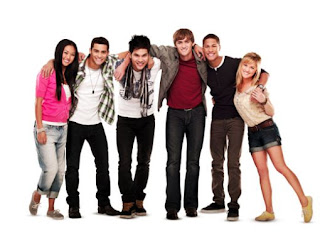 Samurai
Mike and Antonio are Latino, Steven Skyler (Antonio) is Thai-German. Rick Medina is of Puerto-Rican/Brazlian heritage. Hector David (Mike) is Puerto-Rican-American. Not much of a majority, it's more like an even-match with Jayden and Emily being Caucasian. But the team is the 3rd most diverse group.

how about something on what ethnic groups have been or not been each ranger color (male/female).

ok did see it thanks for the link